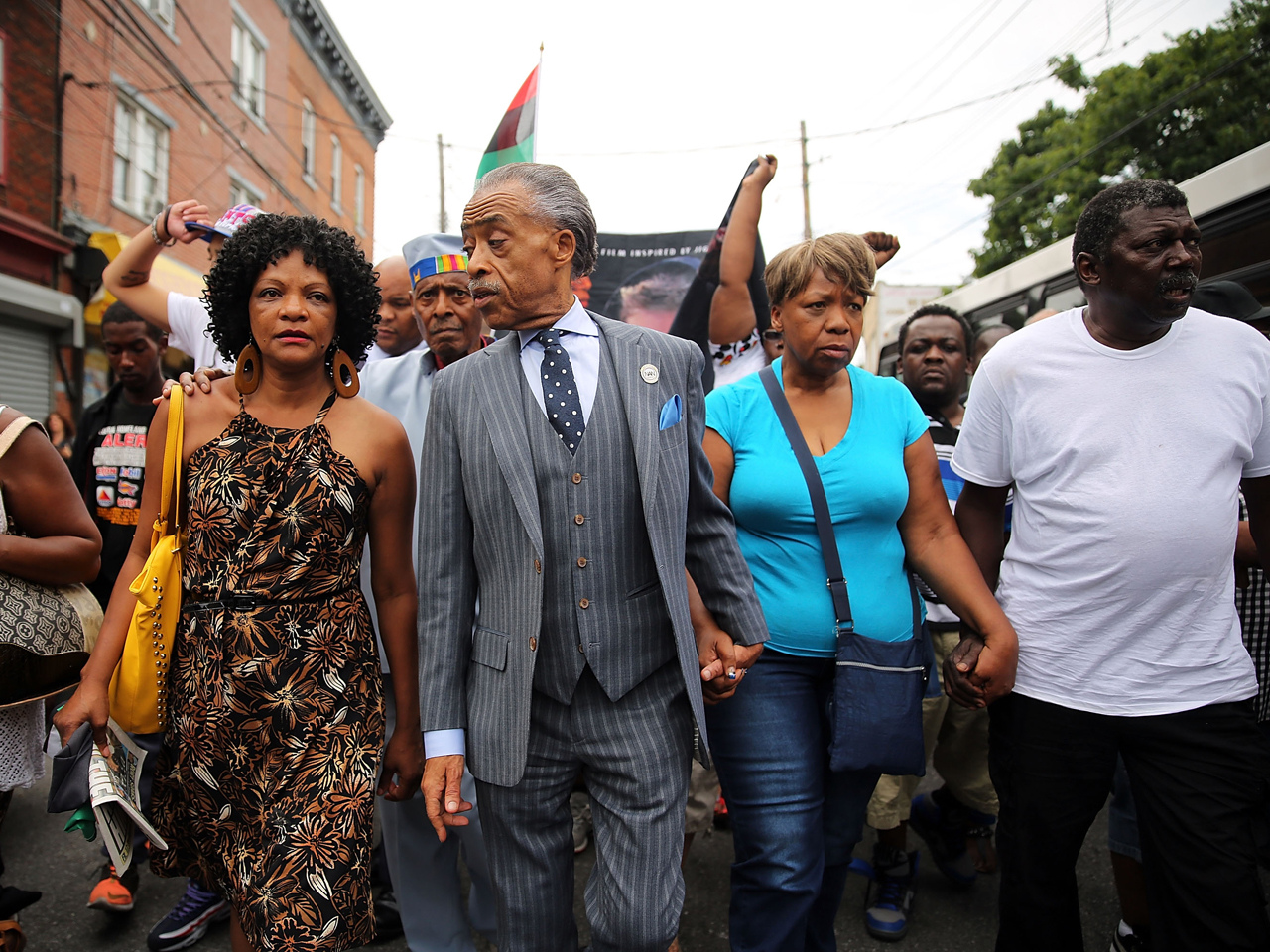 NEW YORK -- A New York City police officer involved in the arrest of a man who died in custody after being placed in an apparent chokehold has been stripped of his gun and badge and placed on desk duty, police said Saturday.

Officer Daniel Pantaleo, an eight-year NYPD veteran, and an officer who has been with the force for four years were both taken off the street after the death Thursday of 43-year-old Eric Garner on Staten Island, police said.

The department would not identify the second officer but said he would retain his gun and badge while on desk duty. The reassignment is effective immediately and will remain in effect while Garner's death is being investigated, police said.

The decision, Patrick Lynch said in a statement, "effectively pre-judges" the case and denies Pantaleo the "very benefit of a doubt that has long been part of the social contract that allows police officers to face the risks of this difficult and complex job."

Pantaleo did not immediately return a telephone message seeking comment.

Partial video of the encounter obtained by the New York Daily News shows the 6-foot-3, 350-pound Garner becoming irate and refusing to be handcuffed as officers tried to arrest him on suspicion of selling untaxed, loose cigarettes on a sidewalk.

"What? Every time you see me, you want to mess with me," Garner says to an officer in the video before he is arrested, CBS New York station WCBS-TV reports.

The video then shows one of the officers placing Garner in what Police Commissioner William Bratton said Friday appeared to be a chokehold. The tactic, which can be fatal, is prohibited by departmental policy.

The department disclosed Pantaleo's reassignment hours after Garner's wife, Esaw, burst into tears at a Harlem rally where Rev. Al Sharpton said his death could strain the black community's relationship with the police department.

"This is going to be a real test to see where policies are in the city now and whether the change that we feel occurred has occurred," Sharpton said, referring to promises made by Mayor Bill de Blasio and Bratton to improve the relationship between officers and the city's minority communities. "We are the only ones in the social setup that has to deal with fear of cops and robbers."

Another rally was held Saturday afternoon on Staten Island, near where Garner died. A funeral is scheduled for Wednesday at the Bethel Baptist Church in Brooklyn.

According to federal court records, three men have sued Pantaleo within the last two years over what they argued were unlawful, racially motivated arrests on Staten Island.

In the first lawsuit, settled by the city in January, two black men in their 40s accused Pantaleo and other officers of arresting them without cause and subjecting them to a "humiliating and unlawful strip search" on a Staten Island street that involved ordering them to "pull their pants and underwear down, squat and cough."

The men said they were held overnight on charges that were ultimately dismissed seven months later.

In a second lawsuit, a man accused Pantaleo and other officers of misrepresenting facts in a police report and other documents to substantiate charges that were eventually dismissed.

Garner, who has been arrested for selling illegal cigarettes numerous times in recent years, told the officers who confronted him Thursday that he had not done anything wrong, according to the video of the arrest.

As four officers bring him down, Garner is heard gasping, "I can't breathe! I can't breathe!" The video shows one officer using his hands to push Garner's face into the sidewalk.

Prosecutors and internal affairs detectives are investigating the death of the father of six and grandfather of two; authorities believe he suffered a heart attack.

De Blasio has called the circumstances of his death "very troubling."

More tests are needed to determine the exact cause and manner of Garner's death, a spokeswoman for the medical examiner's office said.

Garner's death evoked memories of a similar incident 20 years ago.

Police officer Francis Livoti was dismissed from the NYPD and convicted by a federal jury of violating the civil rights of a Bronx man who died after he apparently used a chokehold on him in 1994.

Livoti has denied he used a chokehold, insisting Anthony Baez died from an asthma attack. The case remains one of the most high-profile allegations of police brutality in city history.