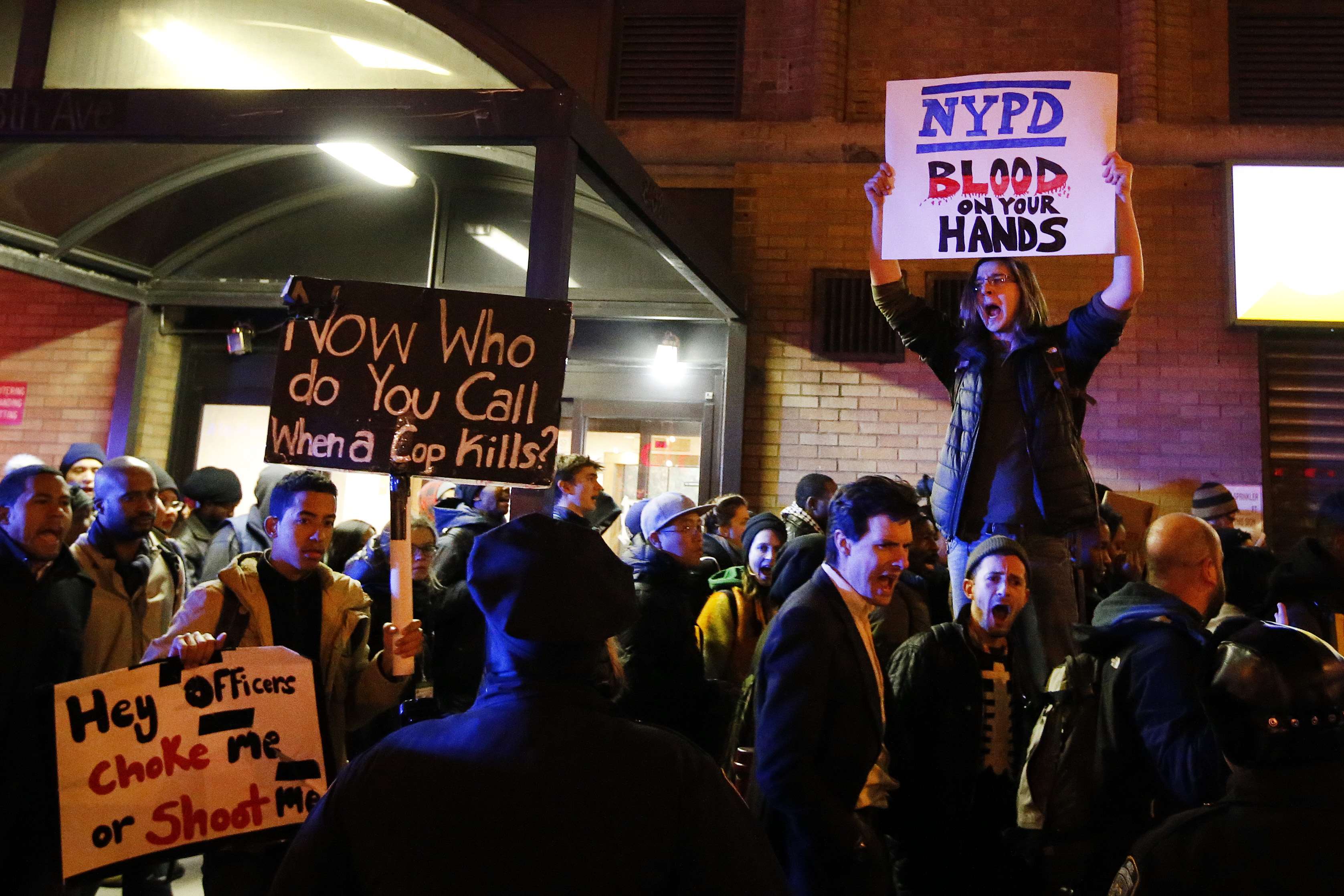 Demonstrators disrupted New York City streets again Thursday night over the decision not to charge Officer Daniel Pantaleo in the death of Eric Garner. While the protests were large and more than 200 arrests were made by NYPD officers, they were mostly peaceful -- nothing like the rioting in Ferguson, Missouri, last week surrounding the death of Michael Brown.

In this case, it was preparation and experience that made a difference, CBS News' Michelle Miller reports.

"Demonstrators were not intent on using violence, and the police were certainly intent on giving them room to demonstrate, if you will," New York Police Commissioner Bill Bratton said. "I think one of the things we benefit from is that we have so many different demonstrations. I have 150 events on average every week in the city."

Last week, Ferguson exploded despite assurances that law enforcement had a plan months in the making. Businesses and police cars were torched, looters ransacked stores, police fired tear gas and dozens were arrested for arson and robbery.

He acted as a police observer to the response in Ferguson.

"Most of those officers would have never stood on a skirmish line, never held a shield, never had a gas mask on in an environment like that," Ijames said.

Ijames said deployment in New York also made a difference. Five thousand cops were standing by on Wednesday, many already in Midtown Manhattan to control crowds at the annual Christmas tree lighting.

Missouri's governor activated 700 National Guardsmen before the grand jury's decision, but the troops were not deployed until the morning after the riots. An additional 2,200 troops were then brought in to secure the Ferguson area, but by then, the damage was done.

"Beyond question, there were 25 fires, 24 buildings burnt to the ground, in hindsight it's easy for many to criticize that many resources weren't put where they needed to be," Ijames said.

Bratton sent NYPD detectives to Ferguson to observe protesters' tactics, which also may have helped them hone their response.