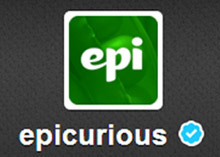 Epicurious, the food and recipe website, issued an apology Wednesday for sending out what the company calls an "insensitive" tweet about 30 minutes after sending out condolences on Twitter on Tuesday.

"Boston, our hearts are with you. Here's a bowl of breakfast energy we could all use to start today," the Epicurious account tweeted.

Just a half-hour later the account tweeted, "In honor of Boston and New England, may we suggest: whole-grain cranberry scones!"

Twitter users upset by the insensitive attempt to cash in on trending keywords had harsh words for the foodie site.

"Social Media 101: If you're not adding value, say nothing," @socialnerdia tweeted.

This isn't the first social media misstep taken by a major brand. Clothing designer Kenneth Cole came under fire for tweeting a promotion for shoes during riots in Egypt. At the time, Cairo was a trending keyword on Twitter.

"Millions are in uproar in #Cairo. Rumor is they heard our new spring collection is now available online," @KennethCole tweeted in 2011. The company immediately issued an apology.

During the 2012 presidential elections, a staffer at KitchenAid posted an offensive tweet about President Obama's grandmother from the company's official account. The iconic home appliance company issued an apology immediately.

Moral of the story? Think twice before you tweet.