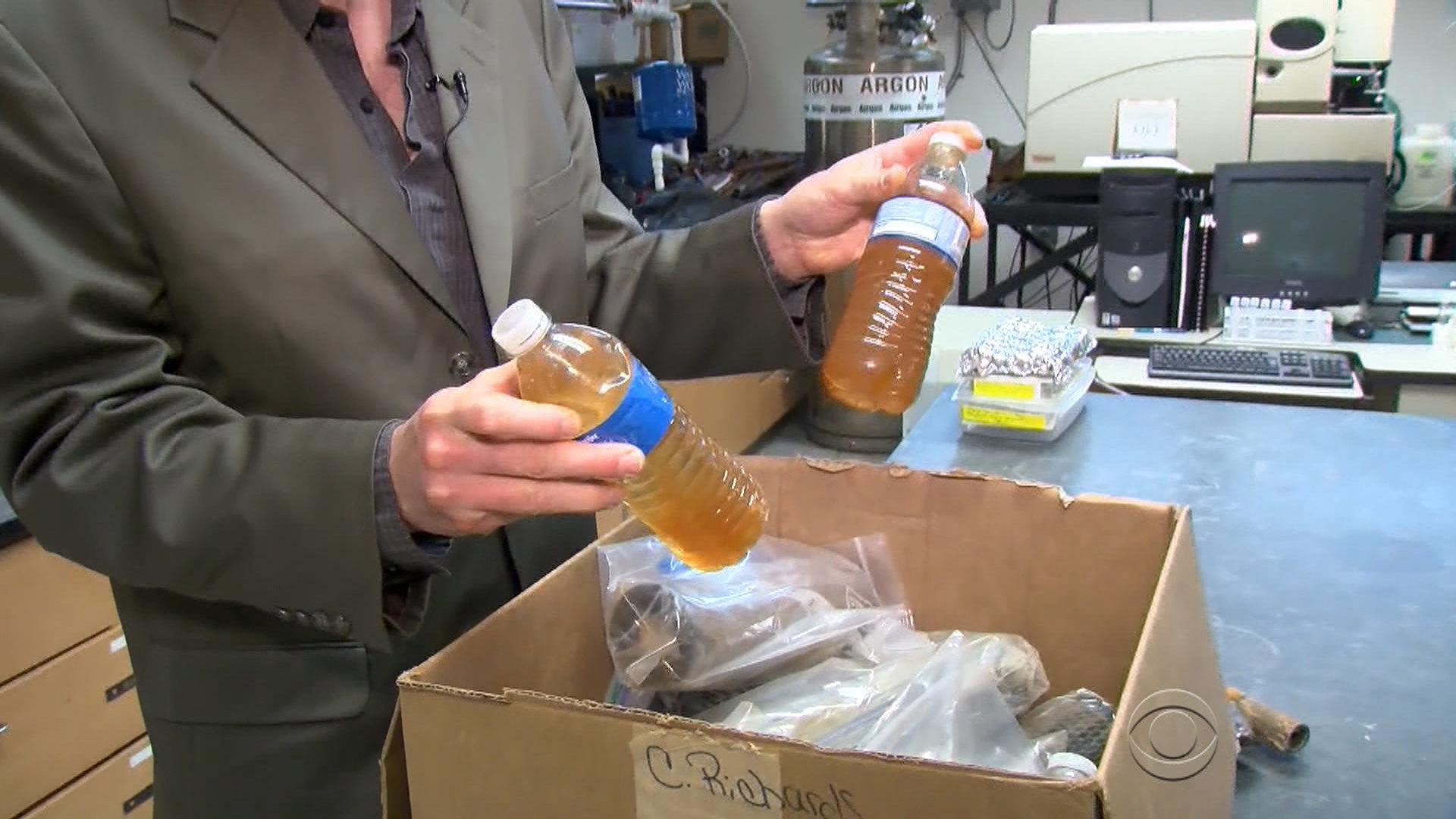 FLINT, Michigan -- The EPA's regional administrator who covers Michigan resigned on Thursday evening. Also, President Obama said the state will have $80 million in federal funds by next week.

Flint has started a chemical process it hopes will eventually stop the lead that poisoned its water. At least 100 children show elevated lead in their blood which can cause damage to the brain.

CBS News has been looking into how this happened and how the city intends to get the lead out.

The outrage continues for Flint, Michigan, resident Desiree Duell. She's a single mother, trapped in a home she can't sell because of the lead emergency.

"How do you deal with knowingly poisoning yourself because that's all there is to drink?" she said, standing next to her son.

Flint is like many American cities with lead pipes in their water systems. Usually, harmless chemicals are added to the water that protect the pipes from corrosion. But in 2014, Flint tried to save money by switching from Detroit's water system to drawing water from the Flint River. The City did not add the protective chemicals so the lead pipes started coming apart.

State officials said the water can me made safe by using home filters the National Guard has handed out.

But for some residents, they won't trust the water coming out of the pipes until the pipes are replaced.

Those anti-corrosion chemicals are back in Flint's water and officials said pipes will "heal" over the next six months and become safe.

But public health experts CBS News has talked to say the only way to make sure the water is lead free is to replace those pipes.

The problem is it could take a decade to replace at least 15,000 lead pipes that connect city water mains to homes.

"Lead is a poison. Its a neuro-toxin," said Dr. Martin Kaufman, who studies urban hydrology at the University of Michigan, Flint.

Dr. Kaufman is in charge of a new effort to map the city's lead pipe network.

What kind of undertaking would it be to replace the lead pipes in the city?

"It would be massive," said Dr. Kaufman. "You're looking at over 100 million dollars. We have been neglecting our infrastructure in this country for so long, its going to take a paradigm shift to get people to think about what I would call real homeland security."