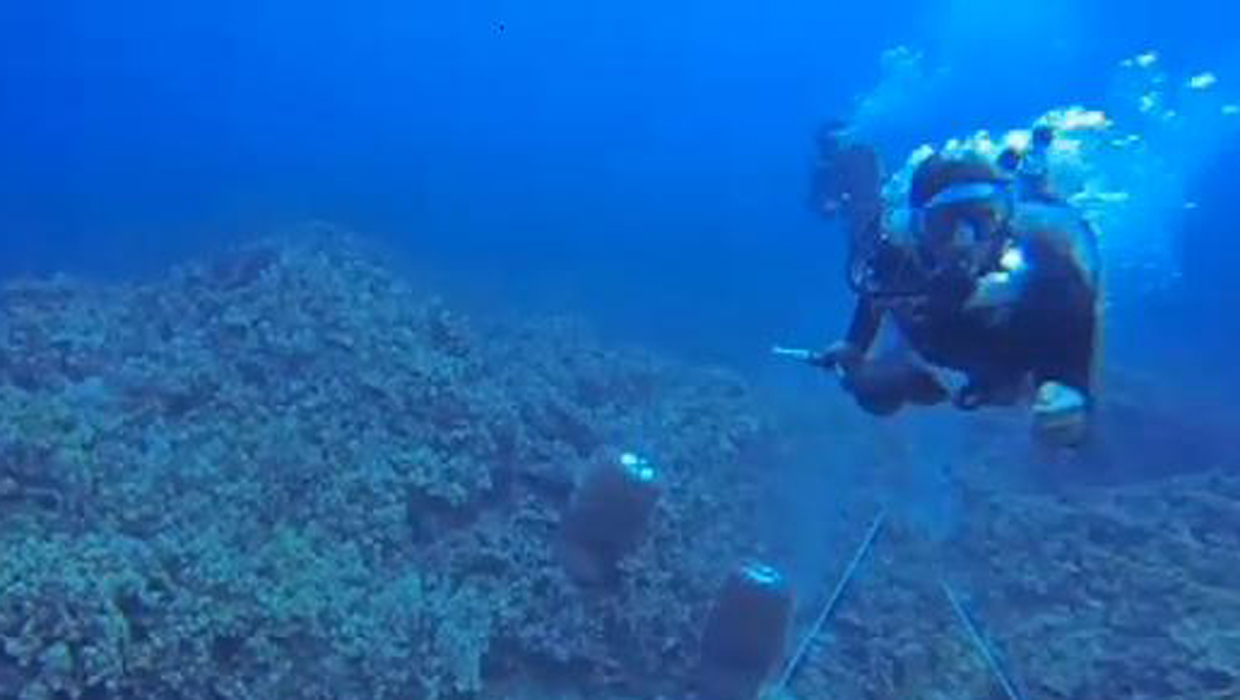 HAWAII - A scuba diver was attacked in Hawaii while 50 feet underwater in a possible dispute over collecting reef fish, reports CBS affiliate KGMB.

Environmentalist Rene Umberger, 53, was part of a group diving off the Kona Coast last Thursday to document coral reef damage when one of two scuba divers who were not with the group ripped off her breathing regulator.

According to the station, the assault was captured on two cameras.

"This man needs to be arrested immediately for attempted murder," Umberger told the station. She said that, even after she was able to get her regulator back in and breathe again, the suspect made more threatening gestures to her.

"I honestly thought he was coming back for a second attack," Umberger said. "I got up on the boat and I said, 'Oh my God, someone just tried to kill me underwater.'"

The victim told the station that she knows who the suspect is and wants to press charges. The State Division of Conservation and Resources Enforcement said they are investigating and will turn over their information to the County Prosecutors office, according to KGMB.

She credits her over 10,000 dives with giving her the experience to safely handle the situation.

"An inexperienced diver would likely panic. Either panic from the stress of the situation and shoot for the surface. They may panic because their air source is missing and they can't find it. Any of those things causes a diver to shoot for the surface and those incidents often lead to death," Umberger told the station. "Never in a million years did I think that someone would attack like that, especially from such a distance. It's not like we were close up or in their face."

According to KGMB, collecting reef fish is legal with a permit as long as one is in a designated area and meets the fish size, season and quantity rules. So far, there is no evidence that the suspect was diving illegally.