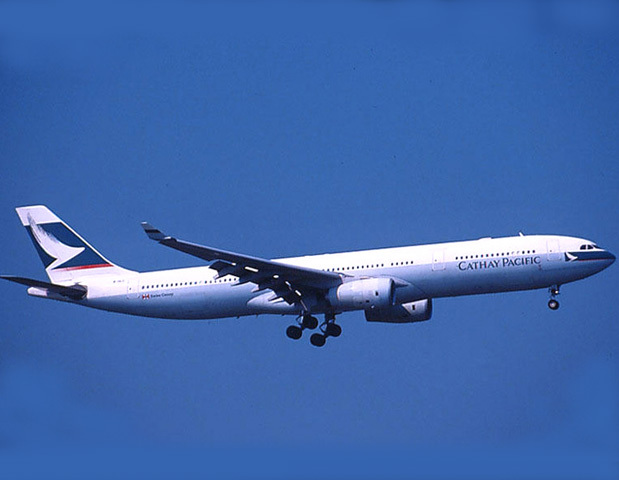 SINGAPORE - The engine on a Cathay Pacific Airbus A330-300 caught fire in midair Monday, forcing the plane to make an emergency landing in Singapore. No one was injured in the incident.

Flight CX715 took off from Singapore heading to the Indonesian capital, Jakarta, at 1:12 a.m., but soon turned around after engine trouble and landed at 1:57 a.m., Singapore's Changi Airport said in a statement.

Firefighters extinguished the fire and normal flight operations resumed on the runway about an hour later, the airport said.

It was the second time in six months an Airbus had to make an emergency landing in Singapore because of engine problems. A Qantas A380 turned around shortly after takeoff Nov. 4 when one of its Rolls-Royce Trent 900 engines disintegrated.

The airport would not say how many passengers were on board Monday's flight or what kind of engines the plane used. A spokesman for Hong Kong-based Cathay Pacific was not immediately available for comment.