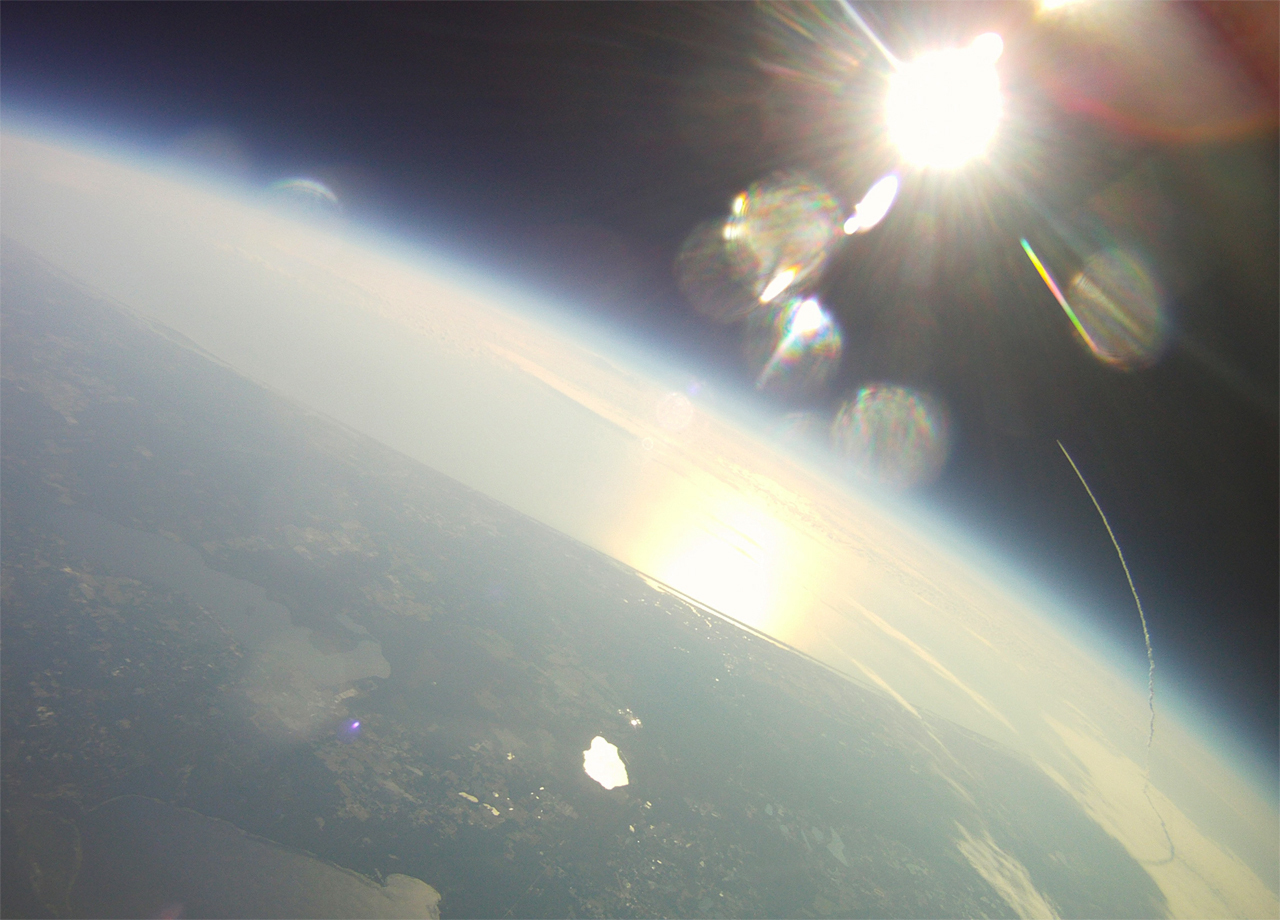 KENNEDY SPACE CENTER, Fla. - The Endeavour astronauts, working a deep overnight shift thanks to a two-week launch delay, were awakened at 11:56 p.m. EDT Monday to begin their first full day in space, enjoying a recording of U2's "Beautiful Day" beamed up from Mission Control.

"It's good to be waking up in space again," Kelly said. "I want to thank Gabby, Claudia and Claire for that great wakeup song. It's always good to hear U2, a beautiful day in space."

The primary items on the crew's agenda for flight day two are to inspect the shuttle's reinforced carbon nose cap and wing leading edge panels to look for any signs of damage from debris impacts during launch; to check out the spacesuits that will be used for four planned spacewalks at the International Space Station; to rig the shuttle for docking; and to check out the rendezvous tools that will be used on final approach to the lab complex.

For the heat shield inspection, a standard feature of post-Columbia shuttle missions, Johnson, Michael Fincke and Roberto Vittori will use Endeavour's robot arm to pick up a 50-foot-long extension called the orbiter boom sensor system, or OBSS. Using a laser scanner and high-resolution camera on the end of the boom, the astronauts will scan the reinforced carbon carbon wing leading edge panels on the right side of the shuttle, followed by the nose cap and left wing panels.

"Flight day two is going to be our standard TPS (thermal protection system) inspection day," said shuttle Flight Director Gary Horlacher. "The robot arm will come on over to the opposite side of the vehicle and pick up the OBSS. ... Then we'll pick up with the start of the wing survey. We'll be picking up detailed information on the RCC panels on the leading edge of both wings as well as the nose cap. These are the areas that receive the highest temperatures on the re-entry and the return to Earth, so we want to make sure that no damage occurred to those panels on the ride up to orbit.

"The ground team will start analyzing this data as quickly as we can get it to the ground. Some of it comes down in real time, the rest of it we'll downlink as soon as the inspection is complete."

After the heat shield inspection, the OBSS will be returned to its mount on the right side of the shuttle's cargo bay. The robot arm then will lock onto External Logistics Carrier No. 3, a large pallet of spare parts and components that will be mounted on the space station's power truss shortly after docking.

"A couple of other activities we'll accomplish on flight day two, a couple of the spacewalkers will check out their spacesuits, make sure everything is looking good there and be ready to transfer those over to the space station," Horlacher said. "And then the rest of the crew activities for the day will be checking out some of the rendezvous systems for the (station docking) on flight day three. That'll include centerline camera installation, orbiter docking system ring extension, rendezvous tools check out."

A preliminary docking timeline has been posted on the STS-134 Flight Data File page.

Kelly, Johnson, Fincke, Vittori, Gregory Chamitoff and Andrew Feustel blasted off Monday at 8:56 a.m., two weeks late because of work to repair an electrical glitch. The delay moved the launch time from mid afternoon to the morning hours, resulting in an overnight work schedule for the crew.

Before going to bed Monday afternoon, the astronauts downlinked video from the crew cabin, showing a bit of the work needed to set up the shuttle for orbital operations. Everyone took a moment to say hello to family, friends and flight controllers.

"Hey, guys, here we are, Roberto and I, we're on the middeck, we're setting up our water purification system," Chamitoff said to the camera. "We've been in space now for what, four hours, five hours, something like that. It's amazing, we're all feeling great. This is awesome! I can't wait to get back to the space station."

Said Vittori, veteran of two flights to the space station aboard Russian Soyuz spacecraft: "My first ride on the shuttle was an amazing launch. I was a little afraid, but I quickly adapted and it's very interesting to work with the shuttle systems. It's easier here in microgravity than it was during the training flow. Most of the equipment here just makes sense, it's very intuitive. Happy to be here."

"It was a great ride up, an awesome flight up," Chamitoff said, grinning.