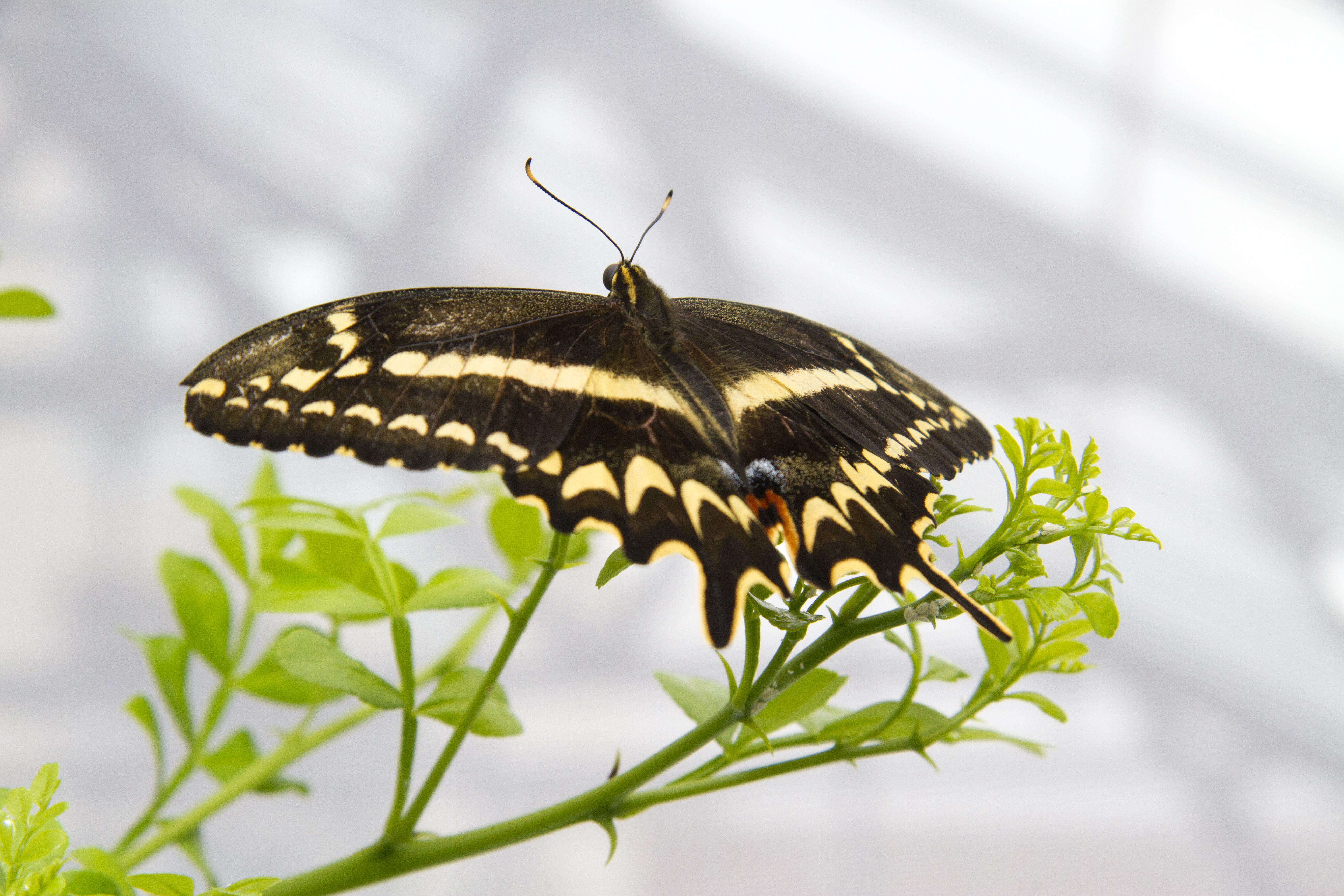 The endangered Schaus' swallowtail butterfly is getting a new lease of life.

Scientists from the University of Florida recently released eleven adult females, four males and more than 300 larvae back to their natural hardwood habitat on Elliott Key within Biscayne National Park in South Florida.

The numbers may not sound like a lot, but it's a big step towards preserving this rare and beautiful insect.

"All of this is great news, considering where this species was two years ago," said Jaret Daniels, a lead University of Florida researcher.

In 2012, the Schaus' swallowtail faced near extinction, with only four being counted in the wild. Their numbers had plummeted after being hit by hurricanes, use of pesticides, droughts and illegal collection.

The situation was so dire that it prompted the U.S. Fish and Wildlife Service to issue an emergency authorization for their collection and captive rearing.

A hundred eggs were gathered from Elliott Key and transported to the University of Florida, in order to establish a colony and program to return the butterflies to the wild.

The Schaus' swallowtail has been under pressure for decades. It was listed under the Endangered Species Act as "threatened" in 1976 and then "endangered" in 1984. Along with the Bahamian swallowtail, it was the first insect ever added to the endangered species list.

The butterflies are not only being preserved because of their beauty. They also play a vital role in nature, acting as pollinators and key components of the food chain, particularly as larvae.

"Ensuring that the Schaus' swallowtail survives helps to keep this ecosystem intact," said park superintendent Brian Carlstrom. "National parks like Biscayne protect each and every species, for the benefit of all."