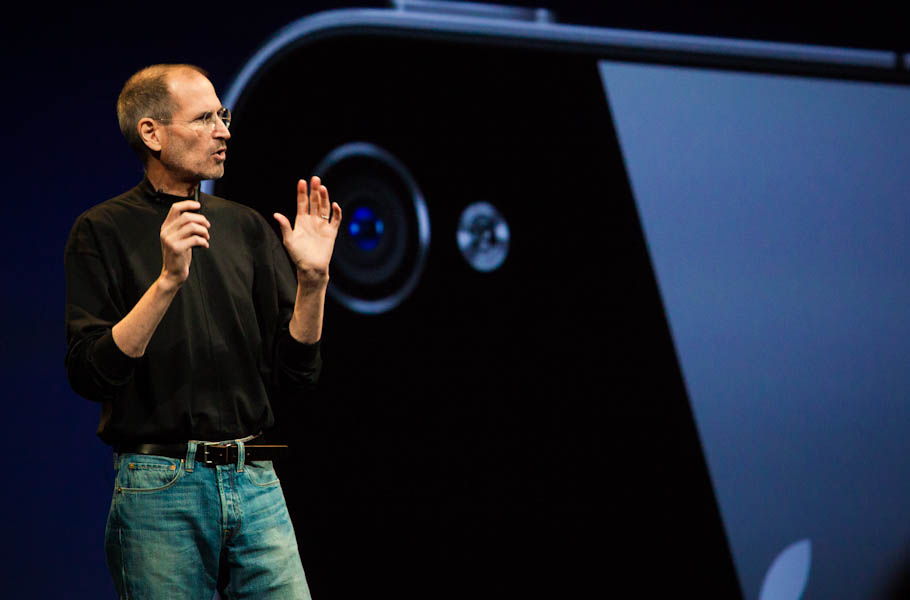 The company said Wednesday that Jobs will be replaced by Tim Cook, who was the company's chief operating officer.

It said Jobs has been elected as Apple's chairman.

The 56-year-old, who co-founded Apple with Steve Wozniak on April 1, 1976, is a survivor of pancreatic cancer.

Jobs has been dogged by a string of health problems in recent years that forced him to take periodic leaves of absence from the company, CNET reports. Jobs announced in January that he was taking an indefinite medical leave from Apple--his third in recent years--and handing over day-to-day responsibility to Cook.

In a press release, Apple said: "Steve has made countless contributions to Apple's success, and he has attracted and inspired Apple's immensely creative employees and world class executive team. In his new role as Chairman of the Board, Steve will continue to serve Apple with his unique insights, creativity and inspiration. The Board has complete confidence that Tim is the right person to be our next CEO. Tim's 13 years of service to Apple have been marked by outstanding performance, and he has demonstrated remarkable talent and sound judgment in everything he does."

According to his official Apple bio, Cook earned an M.B.A. from Duke University, where he was a Fuqua Scholar, and a Bachelor of Science degree in Industrial Engineering from Auburn University. Prior to joining Apple, Cook was vice president of Corporate Materials for Compaq, chief operating officer of the Reseller Division at Intelligent Electronics, and director of North American Fulfillment at IBM.

When Cook took over day-to-day duties from Jobs in January 2009, he was queried about the future of the company without Jobs as CEO. He responded, "I think regardless of who is in what job, those values are so embedded in this company that Apple will do extremely well."

In after-hours trading, Apple's stock took a hit, dropping more than 4 percent, reflecting uncertainty about Apple's future ability to continue its high level of innovation without Jobs at the helm.

"Apple has a product pipeline of a couple or three years--what will they have after that? Will Tim Cook be able to come up with a product out of the box like iPhone? Apple has a strong bench and deserves the benefit of the doubt," New York Times business columnist Joe Nocera said on CNN.

"Steve has been on medical leave for eight months, and Apple became the most valuable company in the world," said Steven Levy, a senior writer at Wired and author of "In the Plex: How Google Thinks, Works and Shapes our Lives."  "Between his partial contributions while on medical leave and the values that he has baked into the company, Apple still operates at a super-high level."

Randall Stephenson, chairman and CEO of AT&T issued a statement and the changing roles at Apple: "Steve is one of the industry's most gifted entrepreneurs, visionaries and creative minds, and has been one of AT&T's closest business partners for several years. We celebrate his accomplishments and wish him all the best. And we look forward to continuing to collaborate with Tim Cook and his team in enabling innovation in the mobile ecosystem."

Below is the full text of the letter Steve Jobs wrote announcing his resignation:

To the Apple Board of Directors and the Apple Community:

I have always said if there ever came a day when I could no longer meet my duties and expectations as Apple''s CEO, I would be the first to let you know. Unfortunately, that day has come.

I hereby resign as CEO of Apple. I would like to serve, if the Board sees fit, as Chairman of the Board, director and Apple employee.

As far as my successor goes, I strongly recommend that we execute our succession plan and name Tim Cook as CEO of Apple.

I believe Apple''s brightest and most innovative days are ahead of it. And I look forward to watching and contributing to its success in a new role.

I have made some of the best friends of my life at Apple, and I thank you all for the many years of being able to work alongside you.