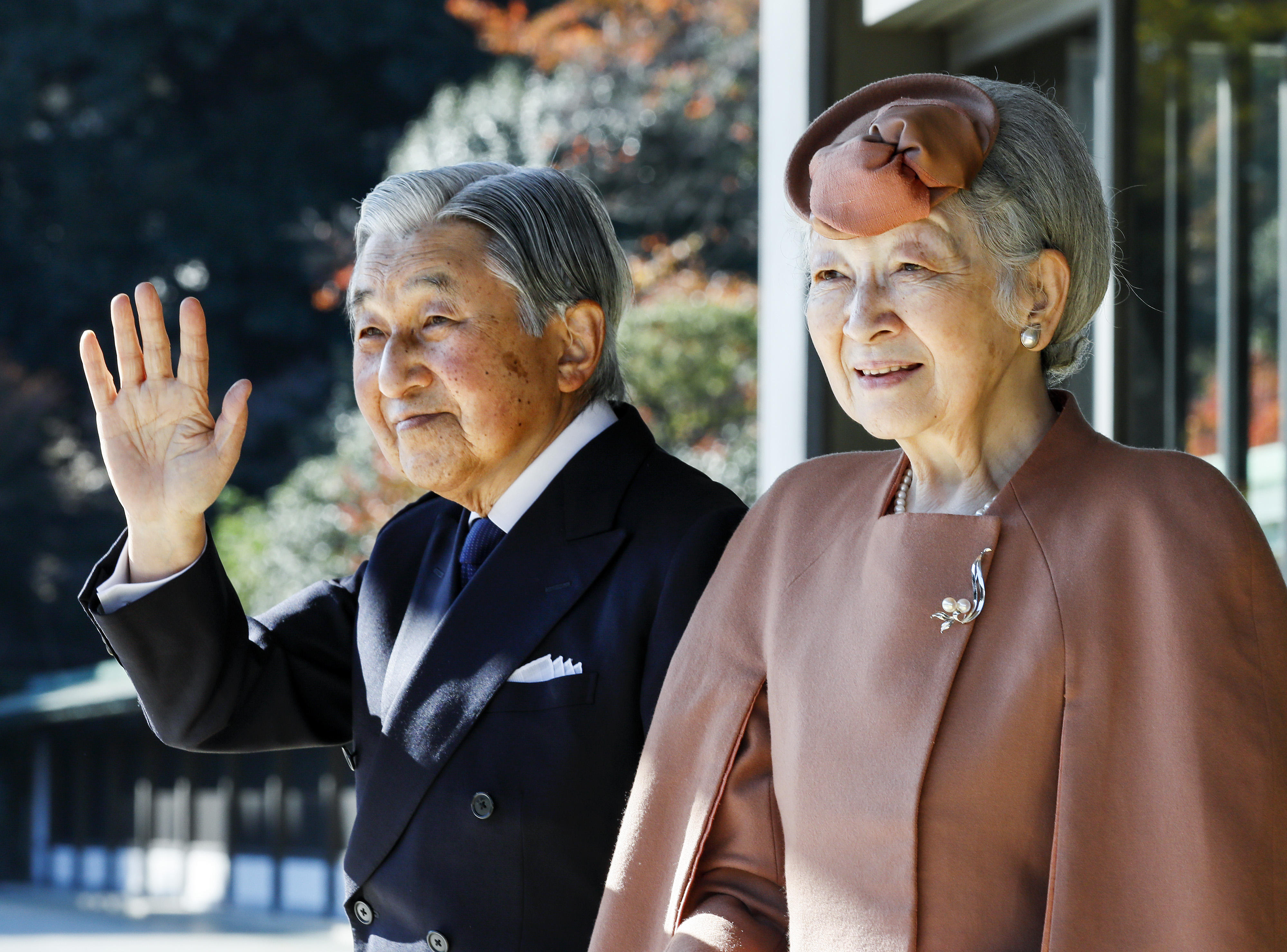 TOKYO -- Japan's much admired Emperor Akihito is set to abdicate on April 30, 2019, at age 85 in the first such departure from the Chrysanthemum Throne in about 200 years, the government said Friday.

Akihito's elder son Crown Prince Naruhito will ascend the throne a day later, beginning a new as yet unnamed era.

The decision was made Friday at a meeting of the Imperial House Council, which was chaired by Prime Minister Shinzo Abe and included parliamentary leaders, supreme court judges and imperial family members.

Akihito expressed his apparent wish to abdicate in August 2016, citing his age and health.

Abe will provide the summary of the meeting at the next Cabinet session early next week ahead of the formal approval expected on Dec. 8, Chief Cabinet Secretary Yoshihide Suga told reporters.

"I feel deeply moved that the decision was made smoothly by the Imperial House Council, marking a major step toward an imperial succession," Abe said.

Suga said the timing was chosen so that Akihito can abdicate after reaching his 30th anniversary on the throne, a milestone. Late April is also more appropriate for many Japanese to embrace the change of an era after settling down from a busy period of travel and job transfers around April 1, the beginning of a new fiscal year.

The events also mean longer Golden Week holidays -- up to 10 straight days for those who can take May 2 off.

Legislation allowing Akihito to abdicate within three years was enacted earlier this year.

There will be more preparations to come, including deciding a new era name and a new home for the emperor and the empress, Suga said.

"We would like everyone to celebrate an abdication of the emperor and succession of the crown prince," he said.

Akihito's desire to leave the throne revived a debate about the country's 2,000-year-old monarchy, one of the world's oldest, as well as discussion about improving the status of female members of the shrinking royal population. The current male-only succession rules prohibit women from succeeding to the Chrysanthemum Throne and female members lose their royal status when they marry a commoner.

Akihito was 56 years old when he ascended the throne in January 1989 after the death of his father, Emperor Hirohito, beginning the Heisei Era. Naruhito will be 59 when he becomes emperor.

The emperor and his wife, Empress Michiko, who was born a commoner, are an elegant, stately pair often seen making visits to disaster victims and carrying out other official duties.

The legislation for Akihito's case was needed because the 1947 Imperial House Law does not provide for abdication. The last emperor to abdicate was Kokaku in 1817.