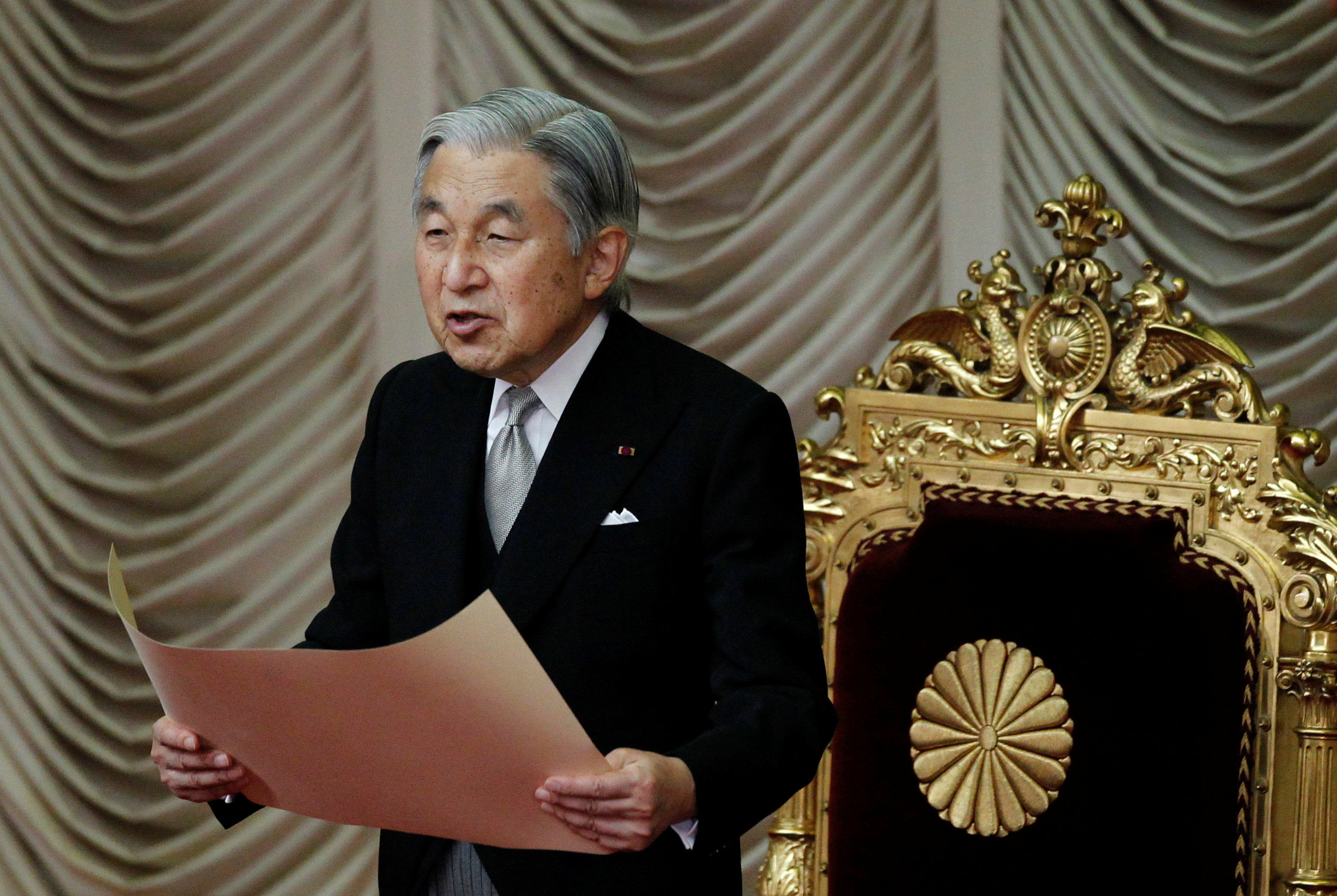 The abdication would be Japan's first in 200 years.

Akihito indicated his desire to abdicate due to his age and health concerns last August, reviving a longstanding debate in Japan over the issue of imperial succession in the 2,000-year-old monarchy.

Akihito was 56 years old when he ascended the throne in January 1989 after the death of his father, Emperor Hirohito. Naruhito is 57.

Women cannot succeed to the Chrysanthemum Throne, and the government has avoided divisive issues such as whether women should be included in the current male-only succession.

The only child of Naruhito is a girl. His younger brother Prince Akishino has a young son and two daughters.

The shrinking royal family will lose another member with the coming marriage of Princess Mako, one of Akishino's daughters. When she marries a commoner, she will become one herself.

Chief government spokesman Yoshihide Suga told reporters he expected smooth passage of the abdication bill, which would only apply to Akihito.  Media reports have said officials are considering his abdication at the end of 2018, when Akihito turns 85 and marks 30 years on the throne. Suga refused to comment on timing and other details of the legislation.

The legislation for Akihito's case was needed because the Imperial House Law does not provide for abdication. The last emperor to abdicate was Kokaku in 1817.