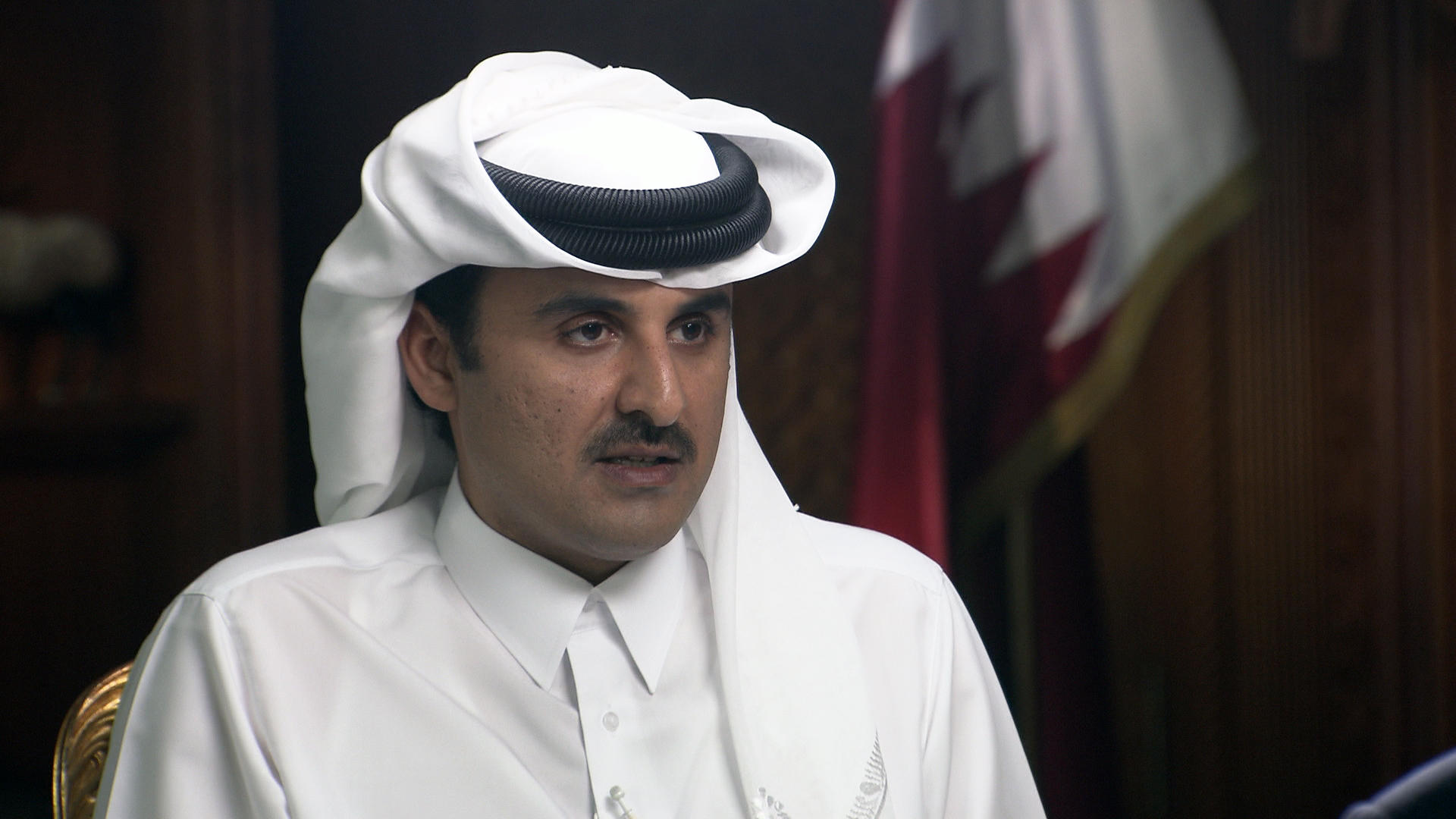 Nearly five months into a suffocating blockade of his country, the Emir of Qatar reveals President Trump offered to bring him and his Arab neighbors together at a Camp David meeting aimed at ending the blockade. The emir, Sheikh Tamim bin Hamad al Thani, tells Charlie Rose he has had no response from the countries imposing the blockade in the interview to be broadcast on 60 Minutes, Sunday, Oct. 29 at 7:00 p.m. ET/PT.

Qatar is an important American ally in the Middle East and home to one of the U.S. military's busiest air bases supporting missions across the region and containing 10,000 Americans and coalition forces. The emir met with President Trump in New York at the UN recently where he says President Trump suggested the meeting at Camp David. "The president showed he is committed to find an end to this crisis…he suggested that we come and I told him straightaway, 'Mr. President, we are very ready, I've been asking for dialogue all along,'" he says. "It was supposed to be very soon this meeting, but I don't have any response [from the other countries]."

Qatar is also home to Al Jazeera, the television network whose independent news often sheds harsh light on the region's dictators. The four countries say they are blockading Qatar because the tiny nation is supporting terror groups such as the Taliban and Hamas, financing Islamists in Syria and is too friendly with Iran. In short, they say Qatar is playing too many sides, especially with Iran.

The emir tells Rose, "Iran is our neighbor…we have lots of differences and foreign policies with Iran, more than them. But let me tell you one thing, Charlie. When those countries, our brothers, blocked everything. Blocked medicine, blocked food, the only way for us to provide food and medicine for our people was through Iran. And when they talk about terrorism, absolutely not. We do not support terrorism."

The real reason for the blockade, he says, is "They don't like our independence…we want freedom of speech for the region…they think that this is a threat to them," he says.  When Rose asks whether Qatar will bend to their demands to shut down Al Jazeera and sever ties with Iran, the emir responds, "Our sovereignty is a red line. We don't accept anybody interfering [with] our sovereignty… No, we're not going to shut down Al Jazeera."

But the emir is more than willing to sit down with his antagonists. "If they going to walk one meter toward me, I'm willing to walk 10,000 miles towards them," he tells Rose.