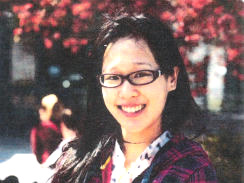 (CBS/AP) LOS ANGELES - An autopsy on Canadian tourist Elisa Lam's body failed to determine whether she was killed or died accidentally in a giant water cistern on top of a downtown Los Angeles hotel roof.

The results were inconclusive, so coroner's officials said Thursday they will have to wait for toxicological tests to determine a cause of death for 21-year-old Lam, of Vancouver, British Columbia.

Police have called her death suspicious.

Lam's body was found Tuesday in one of several water cisterns on top of the 600-room hotel near Skid Row.

The hotel has retained a consultant who submitted a plan to sanitize the water lines that will be retested before they are put back into operation, said Angelo Bellomo, the county's director of environmental health.

Only water for toilets is flowing for hotel guests who chose to stay at the hotel. Most have made other arrangements.

Before she died, hotel surveillance footage showed her inside an elevator pushing buttons and sticking her head out the doors, looking in both directions.

Water tested from the hotel didn't contain any live bacteria that would cause illness.

County health officials issued a do-not-drink order, but results that came back Thursday indicated the water was safe from a "microbiological standpoint," Bellomo said.

"We can't say what the quality of the water was prior to the samples" taken Tuesday, Bellomo said. "We can only say that the water met the standard at the time it was sampled."

Chlorine in the water probably killed any bacteria in the tank where Lam's body was found, Bellomo said. Two standard water tests were performed and samples were taken from throughout the hotel.

Lam, of Vancouver, British Columbia, traveled alone to Los Angeles on Jan. 26 and was last seen five days later by hotel workers. She intended to travel to Santa Cruz, about 350 miles north of Los Angeles.

High school classmate Alex Ristea, of Vancouver, called Lam's death shocking and said she was one of the friendliest people he knew.

"This is the last person I expect out of all my friends to have something like this happen to her," Ristea said.

University of British Columbia spokesman Randy Schmidt confirmed that Lam had attended summer school at the university, but she was not registered for the current session.

Ristea said he believes Lam had just gone to California for a holiday, saying she had posted pictures on Facebook from tourist locations such as the San Diego Zoo.