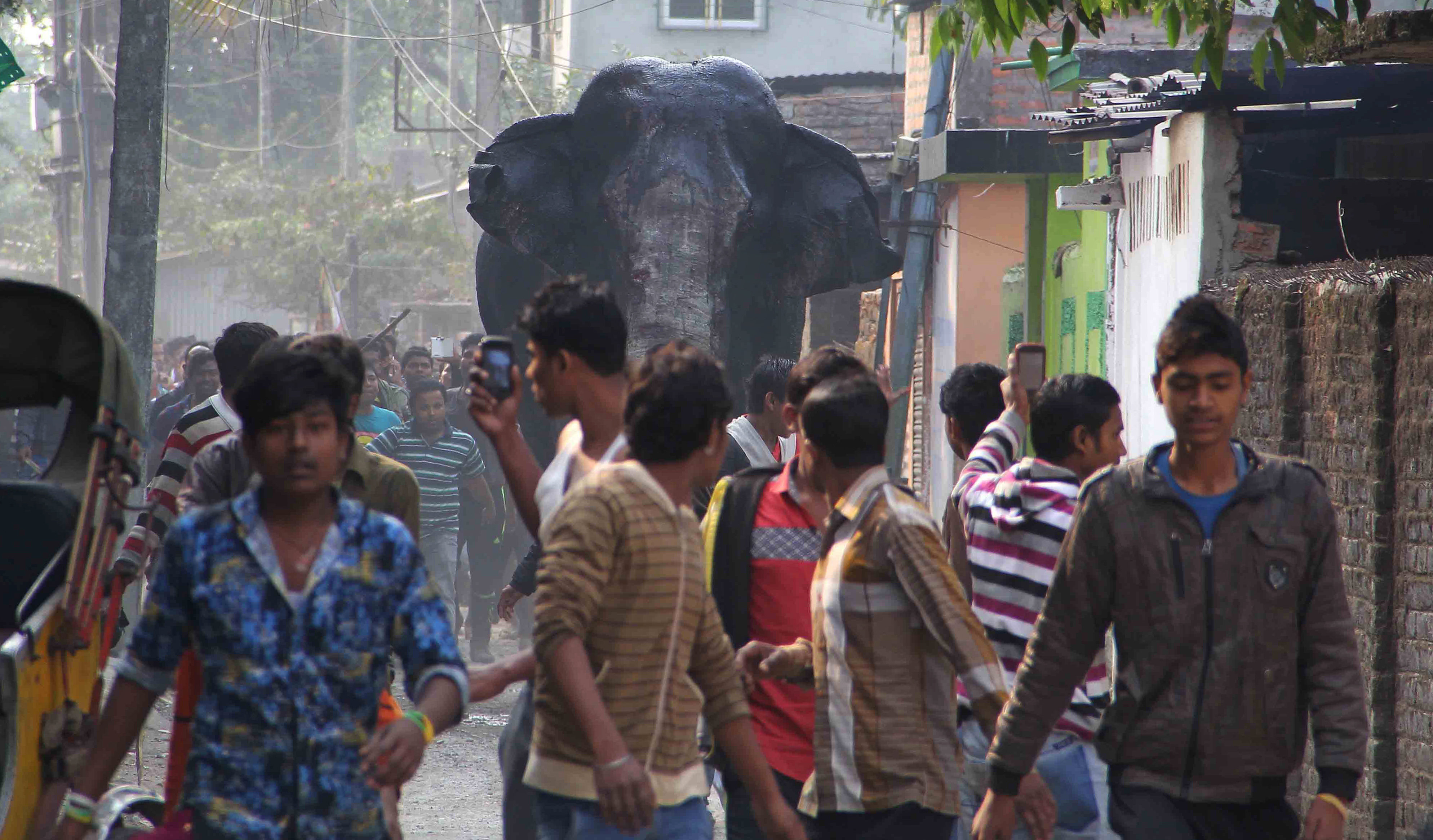 KOLKATA, India - Elephants have killed five people in two separate attacks in eastern India, an official said Monday. One of the animals died after being tranquilized.

Senior forest official Ajay Das said one man was killed Monday after he walked out of his home in a village in Burdwan district of West Bengal state. The man encountered five elephants, and was tossed in the air and trampled by one of them.

In a separate incident Sunday in another part of the district, four people were killed when three elephants attacked them.

Das said one elephant in that group, a male, was tranquilized and later died. An adult female and a calf ran away. The three elephants left a trail of destruction, he said.

Elephants are increasingly coming into contact with people in India, as the human population of 1.25 billion soars and cities and towns grow at the expense of jungles and other elephant habitats. In India and Sri Lanka, more than 400 elephants and 250 humans are killed each year.