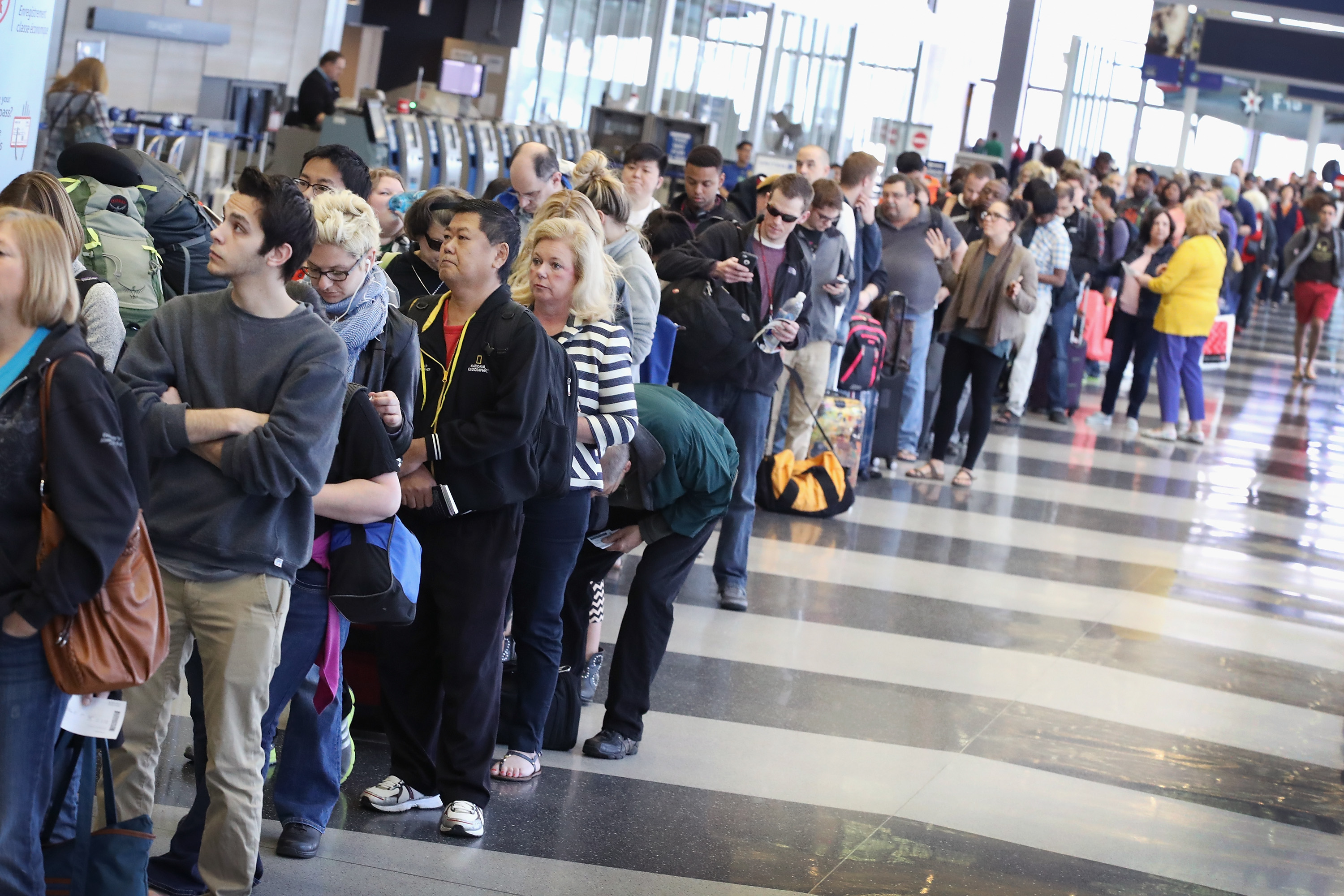 WASHINGTON -- The U.S. government is barring passengers on all flights from eight Middle East and North African countries from bringing laptops, iPads, cameras and other electronics in carry-on luggage on U.S.-bound flights starting Tuesday, a U.S. official tells CBS News.

The prohibitions on electronics from select countries on flights to the U.S. is based on information developed overseas about a threat, an official told CBS News. The official said the electronics ban isn’t related to a specific threat, but is in response to intelligence gathered overseas.

The officials said the Department of Homeland Security is in the process of notifying the countries and airlines affected by the ban on large electronics. They will have 96 hours to implement the ban.

A U.S. official told The Associated Press the ban will apply to nonstop flights to the U.S. from 10 international airports serving in the following cities:

Royal Jordanian Airlines posted a tweet Monday that was later deleted advising passengers of the impending ban, which excludes cellphones and medical devices. Everything else, the airline said, would need to be packed in checked luggage.

Mark Rosenker, former NTSB chairman and CBS News transportation expert, says that the airline “clearly has the right to communicate to its passengers” when travel bans are put into effect.

The electronics ban, Rosenker said, is a result of “credible information” and that “there is a possibility of a potential terrorist threat.”

A second U.S. official said the ban will affect nine airlines in total, and the Transportation Security Administration will inform the affected airlines at 3 a.m. Eastern time Tuesday.

The officials were not authorized to disclose the details of the ban ahead of a public announcement and spoke on the condition of anonymity.

Homeland Security Secretary John Kelly phoned lawmakers over the weekend to brief them on aviation security issues that have prompted the impending electronics ban, according a congressional aide briefed on the discussion. The aide was not authorized to speak publicly about the issue and spoke on the condition of anonymity.

A U.S. government official said such a ban has been considered for several weeks. The official spoke on the condition of anonymity to disclose the internal security discussions by the federal government.

“We have no comment on potential security precautions, but will provide any update as appropriate,” Lapan said in an email.

Brian Jenkins, an aviation-security expert at the Rand Corp., said the nature of the security measure suggested that it was driven by intelligence of a possible attack. He added that there could be concern about inadequate passenger screening or even conspiracies involving insiders -- airport or airline employees -- in some countries.

“There would be a huge disadvantage to having everyone put their electronics in checked baggage,” said Jeffrey Price, a professor at Metropolitan State University of Denver. He said thefts from baggage would skyrocket, as when England tried a similar ban in 2006, and “some laptops have batteries that can catch fire and it’s easier to detect it when it’s in the cabin rather than burning in the hold.”

However, there are also advantages to screening items in checked baggage instead of as carry-on luggage.

Most major airports in the United States have a computer tomography or CT scanner for checked baggage, which creates a detailed picture of a bag’s contents. They can warn an operator of potentially dangerous material, and may provide better security than the X-ray machines used to screen passengers and their carry-on bags.