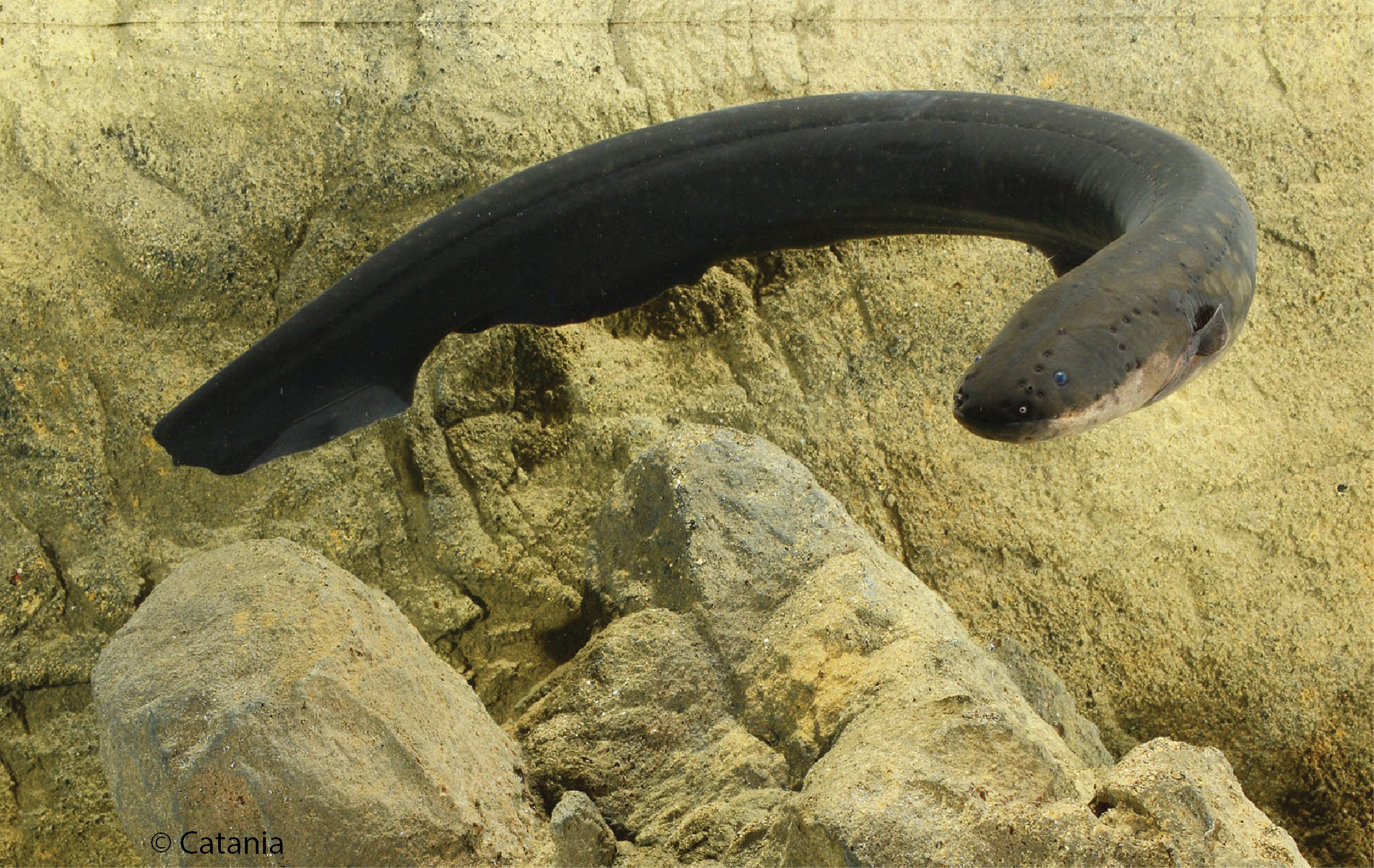 You might call electrical eels the Tasers of the Amazon.

A study in Science Thursday found that the Electrophorus electricus from South America sends out a burst of high-voltage pulses that immobilize prey by causing all their muscles to contract.

"It works exactly like a Taser," said Kenneth C. Catania, the author of the paper and the Stevenson Professor of Biological Sciences at Vanderbilt University, told CBS News.

"I have some friends in law enforcement, so I was familiar with how a Taser works," he said. "And I was struck by the similarity between the eel's volley and a Taser discharge. A Taser delivers 19 high-voltage pulses per second while the electric eel produces 400 pulses per second."

Electric eels, whose bodies are composed of electrocytes -- essentially biological batteries derived from muscle -- are one of the few species of animal that use electrical discharges to capture their prey. Stories of how they have shocked horses and even humans have given the curious predators, which often grow to a length of eight feet and weigh up to 45 pounds, a mythical quality. Despite their name, electric eels are not actually a type of eel and are more closely related to catfish and carp. And, despite their dastardly reputation, Catania said eels have been critical to scientists in understanding how electricity works.

His study found that eels send a series of high-voltage discharges that activate a prey's motor neurons, contracting their muscles and allowing the eels to "remotely control their targets."

"They can freeze prey incredibly quickly," Catania said. "All voluntary movement of the prey seizes within 3 milliseconds. That is fast."

The bigger the prey, the more vulnerable it is to the pulses. But the contractions don't last forever, so the eel must swoop in fast to gobble up a fish whole or risk it eventually swimming away.

Catania also found that eels, which have poor eyesight and prowl in murky waters, emit a series of electrical discharges to find prey in near darkness.

"When it's hunting hidden prey, it can give off high-voltage blips which cause this massive twitch in the fish," he said. The eels is very sensitive to water motion, so the potential prey's violent shudder gives away its location.

Lara Zamarripa, an aquarist at the National Aquarium in Baltimore, said the "electrical sense" not only helps them navigate through dark, muddy water conditions filled with vegetation but allows them to expel much less energy chasing after prey.

"By forcing prey items to twitch, they can partially negate those hiding spots and put much less effort into prey capture, something that is always in a predator's best interest," Zamarripa said.

Catania, who has long had an interest in electric fish, hopes his findings will shed light on what he described as "the extraordinary ability of this animal" and possibly spark interest in better understanding whether other electric fish, such as the electric catfish in Africa, use the same technique.