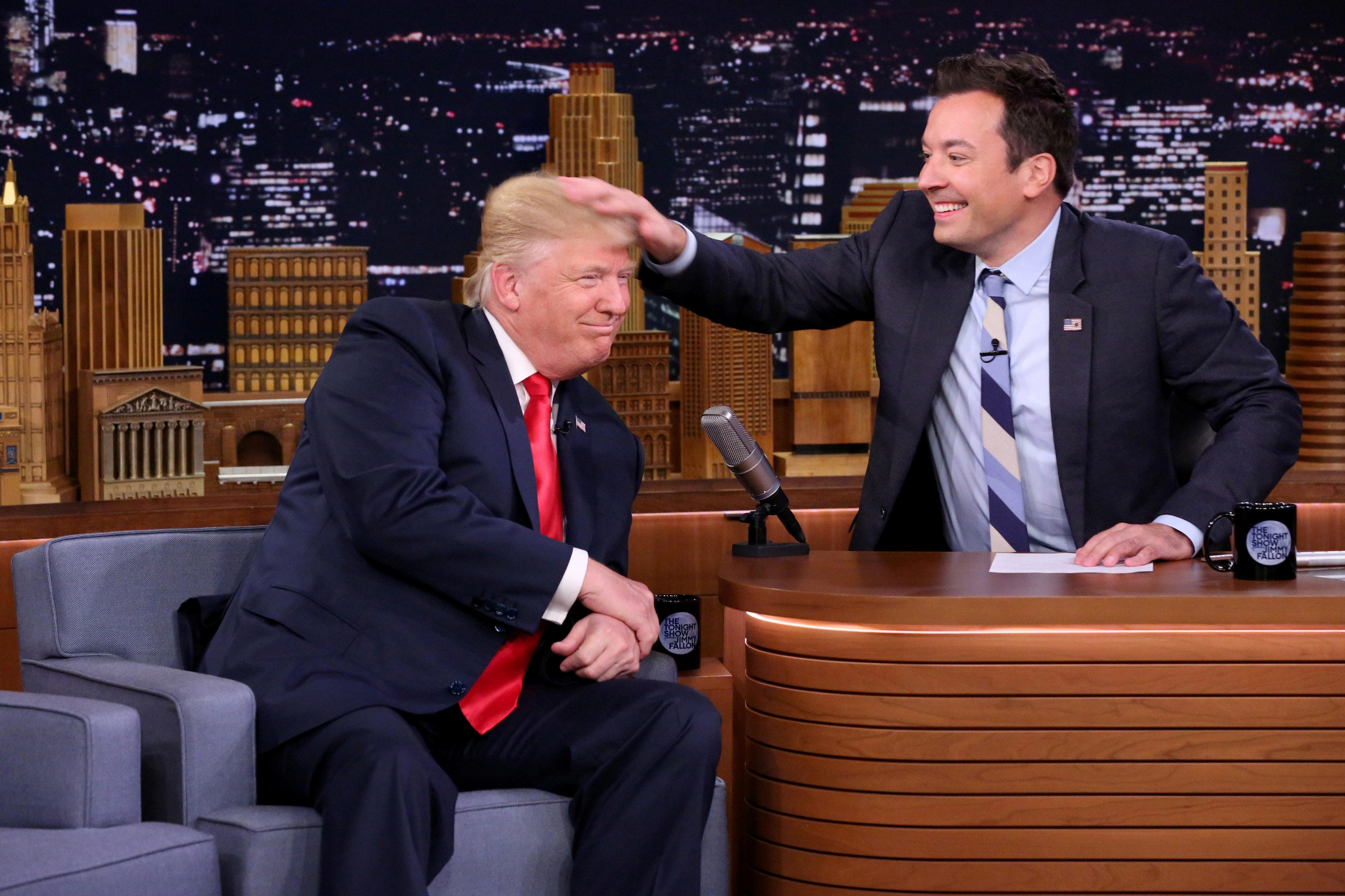 Hillary Clinton will make an appearance on “The Tonight Show” with Jimmy Fallon next week, and Michelle Obama will be a guest next Tuesday on “The Late Show with Stephen Colbert.”

In an election season like no other, presidential candidates Hillary Clinton and Donald Trump have proven to be irresistible punchlines, reports CBS News correspondent Don Dahler.

“Tomorrow, Hillary Clinton is going to be cleared of all email charges by Judge Judy,” James Corden said on “The Late Late Show.”

But being a punchline is different than appearing in person. For politicians, late-night interviews offer a chance to highlight a candidate’s personality and reach a different audience.

”Can I mess your hair up?” Fallon asked.

“The answer is yes, but the people in New Hampshire where I’m going to be in about an hour from now, I hope they’re going to understand,” Trump said.

Over the past 12 months, Trump hit the late night circuit seven times. Clinton appeared eight times. Rather than holding a press conference with journalists to address her health, Clinton did it with Jimmy Kimmel.

But late-night interviews can also be risky. Her gamble backfired weeks later when she nearly fainted in New York City.

“She says she’s not dead, but as we know she is a liar,” Samantha Bee said on “Full Frontal.”

Clinton’s husband took to “The Daily Show with Trevor Noah” Thursday night to try to set the record straight.

“It used to be called, when I was young, walking pneumonia, but sometimes you can’t walk anymore, you gotta rest and that was what she did,” Bill Clinton said, chuckling.

Now more than ever, according to a new Time magazine cover story, comics are choosing to take sides in the political debate.

“In the Johnny Carson, Jay Leno days, they made fun of presidents and political candidates, but mainly for personal foibles. And they didn’t really go after them politically,” Time contributing editor Richard Zoglin said.

There are 53 days before votes are cast, providing plenty of time for more political satire. For many, laughs are a welcomed relief in a rancorous election season.