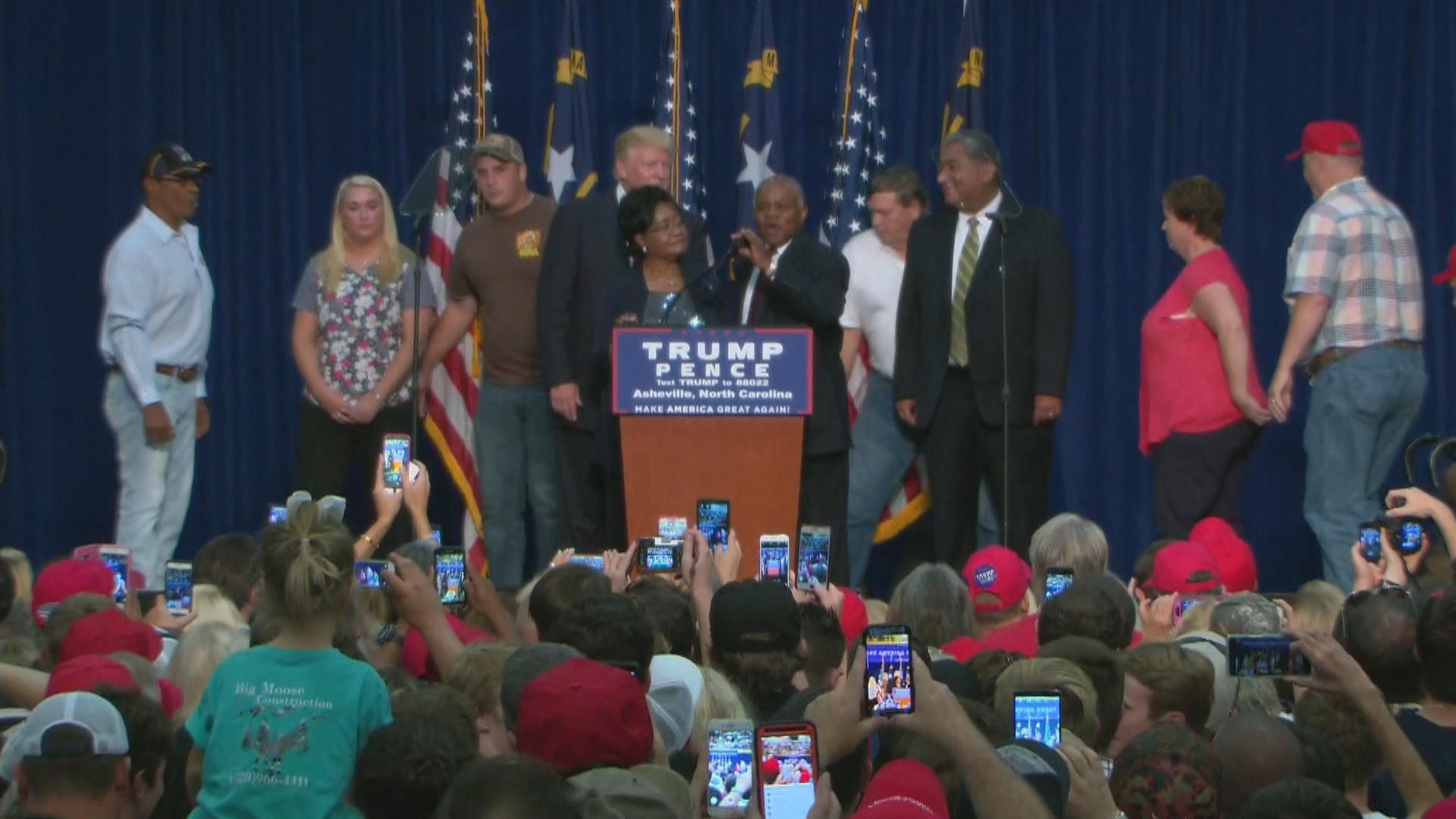 Donald Trump is not using Hillary Clinton’s health to attack her, but using her words instead. Trump said he will release more details on his health Thursday on “The Dr. Oz Show,” reports CBS News correspondent Major Garrett. Trump has instructed campaign staff across the country not to attack Clinton on the health issue.

Trump gave Clinton a pass on her pneumonia diagnosis, betting curious reporters and voters will not. He knows Clinton’s health is now an issue, and there’s only danger in saying anything more than “get well.”

“I just hope she gets well and gets back on the trail,” he said in a phone interview with Fox & Friends.

But Trump spared Clinton nothing on her “basket of deplorables” comments from Friday where she stereotyped half of Trump backers as bigots.

“How can you be president for so many people? She talks about people like they’re objects, not human beings,” Trump said in North Carolina Monday.

But Trump did not do all the talking. He brought supporters on stage to testify and subtly assail Clinton.

“My wife and I represent non-deplorable people,” one supporter said.

“Do I look deplorable?” another said.

“No!” a supporter responded.

Clinton said she was wrong to generalize about Trump’s supporters, but stood by the suggestion Trump has emboldened racist voices – among them Louisiana Republican David Duke, a former grand wizard of the KKK.

Trump’s running mate, however, pushed Duke away, but stopped short of describing him as “deplorable.”

“We don’t want his support and we don’t want the support of people who think like him,” Gov. Mike Pence said.

“So you called him a deplorable, you would call him that?” CNN’s Wolf Blitzer asked.

“No, I’m not in the name-calling business, Wolf, you know me better than that. What Hillary Clinton did Friday night was shocking,” Pence said.

Trump has also used negative stereotypes against millions of Americans. Shortly after announcing his campaign, Trump said 50 percent of the country doesn’t want to work, adding that the other half is tired of carrying them.

The brand-free online store where everything is $3