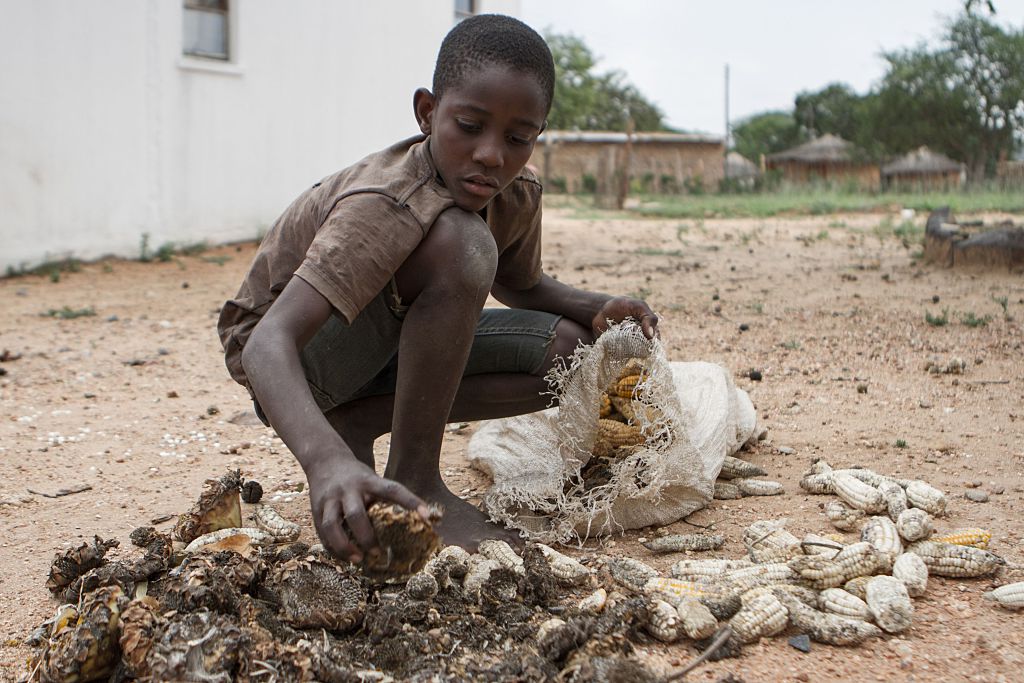 UNITED NATIONS -- Extreme weather, in the form of tsunamis, hurricanes, or drought, can be punishing. But, this year's El Niño has wreaked unusual havoc on poor nations, and children in particular.

"The most recent El Niño event was one of the strongest on record, fuelling the highest global temperatures in more than 130 years, forcing thousands to flee their scorched or flooded lands," a new UNICEF report, issued today, warns.

The complex weather pattern known as "El Niño" is over for the year, scientists say, but the effects are not. More than 26 million children are going hungry in eastern and southern Africa due to a lack of water, crop losses, and food price increases.

One million of those children require treatment for severe acute malnutrition.

The UNICEF report also warns that El Niño, which warms bodies of water over vast areas, has created ideal breeding conditions for the Aedes aegypti mosquito that causes the Zika virus.

Diplomats fear the scale of the crisis and the inability to cope with the after effects could prompt new waves of migration as thousands are forced out of their home regions by the weather, rather than by conflict.

"The new pattern of climate events is exposing weaknesses in our preparedness, in international and government systems and in community infrastructure," United Nations Special Envoy on El Niño & Climate, Ambassador Macharia Kamau, said Wednesday in Rome, after traveling to devastated areas in the Asia Pacific region.

Kamau and Mary Robinson (former President of Ireland) were appointed by U.N. Secretary General Ban Ki-moon to bring some relief to the 60 million people around the world affected by severe El Niño-linked drought and climate impacts.

Failure to act, Kamau said, will have a ripple effect felt for generations.

Elena Manaenkova, Assistant Secretary-General of the World Meteorological Organization (WMO) said while the scientific understanding of El Niño has increased greatly, the overall impact of this year's El Niño event, and its influence on the climate, remain "uncharted territories."

The U.N. report recommends a series of steps to help alleviate the impact, suggesting the international community provide emergency medical care, safe drinking water and vaccination programs in the most seriously affected areas. The report also stresses the need to support schools; helping them stay open and provide food and water for their students.

"We must remember that El Niño is not a one-off event but recurring global phenomena that we must address for future generations," the South Korean Ambassador and ECOSOC President, Oh Joon said.

"It is time," Oh said, "for the whole world to remind ourselves that we are in the same boat in coping with these emergencies."