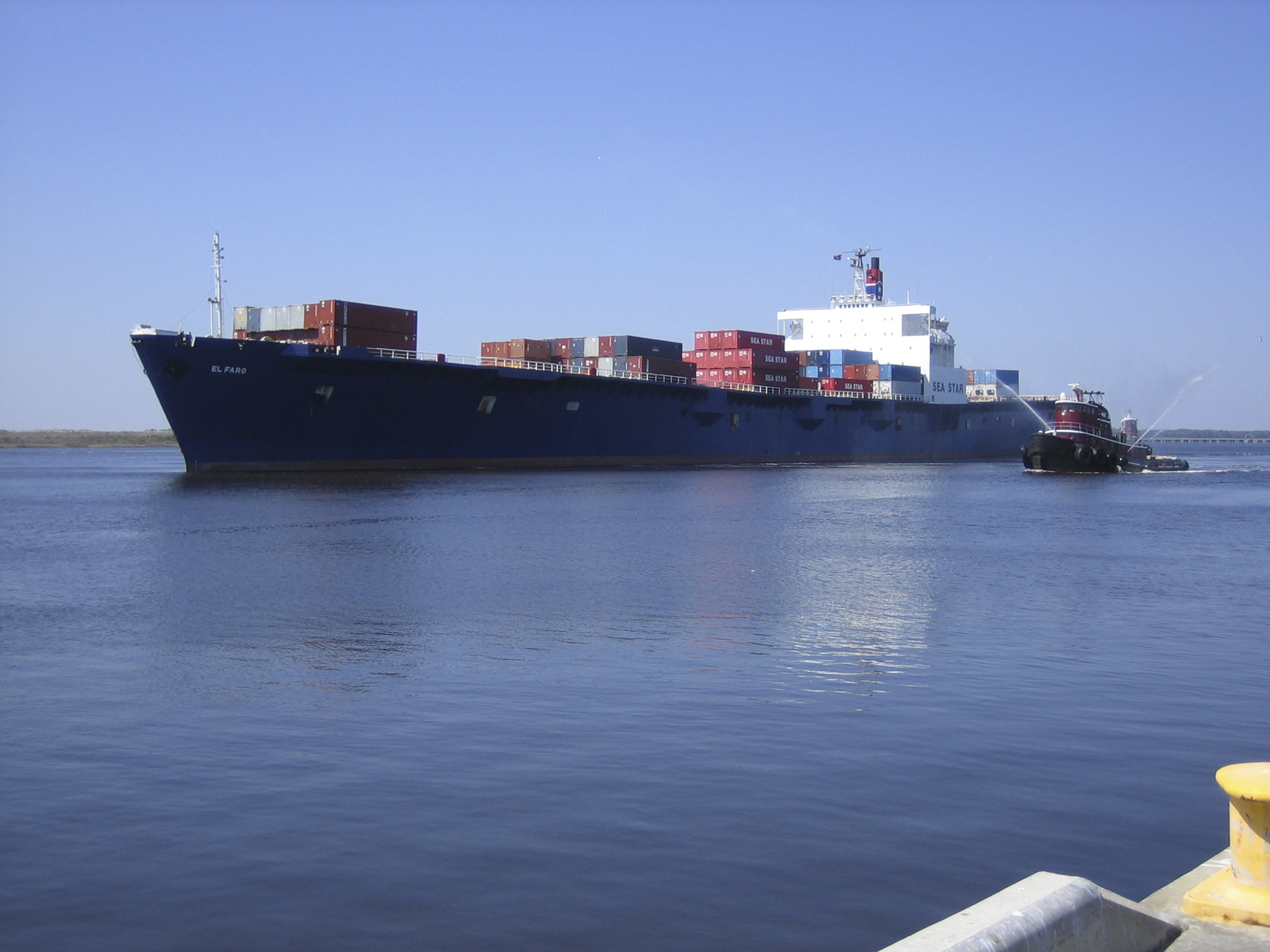 JACKSONVILLE, Fla. -- It was just a fleeting moment, hardly noticeable amid the tumult: As the crew of the freighter El Faro fought their futile battle with a hurricane, the second mate asked the captain if she could leave the bridge to retrieve her life jacket.

But to federal safety investigators, it was a vital clue to help them understand a tragedy that took the lives of all 33 sailors aboard.

Something was wrong. The mate, Danielle Randolph, should have had quick access to life jackets on the bridge. Hearing that she did not, says Brian Young, chief investigator for the NTSB, filled him with “disgust.”

“Her request to get the life jackets is something we’re looking into,” he told the Associated Press. “That definitely raised a flag for us.”

For months, the investigators listened to 26 hours of conversations of the El Faro’s crew, captured by the ship’s voyage data recorder (VDR) as they rode to their doom. The 790-foot ship sank on Oct. 1, 2015, after losing propulsion in Hurricane Joaquin. The bodies of the crew were never found.

Exploring the mystery, off the Bahamas, took 10 months of patience, millions of dollars and technology able to reach three miles into a world of total darkness. CBS News was aboard the U.S. Navy’s “Apache” that discovered the wreck 30 days after El Faro went down.

The black box was recovered from the Atlantic last summer. The transcript of the conversations it recorded came in at more than 500 pages, and is the largest ever produced by the National Transportation Safety Board. It has provided clues to the ship’s safety culture -- clues that never would have come to light without the data recorder.

Capt. Michael Davidson was a 30-year veteran of the sea. Married with two daughters. His crew included third mate Jeremie Riehm who is married with a son and a daughter. Randolph, the second mate, had dreamed of the sea since she was a little girl. And the chief engineer, Richard Pusatere, had a wife and a baby girl.

The recording indicates Davidson felt the need to let the ship’s owner, the international shipping company TOTE Maritime, Inc., know about his routing decisions. TOTE maintains that Davidson had the first and last word in decision-making about his route from Jacksonville, Florida, to San Juan, Puerto Rico. His route ended up taking the ship directly into the strongest October storm seen in those waters in more than a century.

“I hope we get to take the Old Bahama Channel on the way back,” Davidson tells Randolph, referring to a slower but safer route.

Davidson says he was telling TOTE as a professional courtesy because the route would add 160 nautical miles to the trip. “I don’t think they’ll say no. I gave them a good reason why.”

Young said much of the audio had to be listened to 100 times to be correctly transcribed. The microphones were embedded in the bridge’s ceiling, and there was a lot of ambient noise from the storm and people would walk or turn away from them. Representatives from TOTE and the Coast Guard also conferred on the transcription.

“It was incredibly moving,” Young told CBS News in March. “We listened to the entire VDR from start to finish and at the end of it the team was completely silent. Nobody spoke.”

The board’s full report is expected to be released later this year.

For everyone involved, listening to the crew bravely work to save the ship and themselves was a brutal exercise. Young and many of the others in the room had been merchant mariners.

At the end of the transcript, Davidson tries to calm his helmsman, Frank Hamm, as the ship sinks.

“You gonna leave me,” Hamm cries.

“Speaking for everybody on our entire team, it’s something none of us will ever forget,” Young said. “It’s chilling to hear fellow mariners’ last words in such a tragic ending. It’s something that is burned in my mind.”