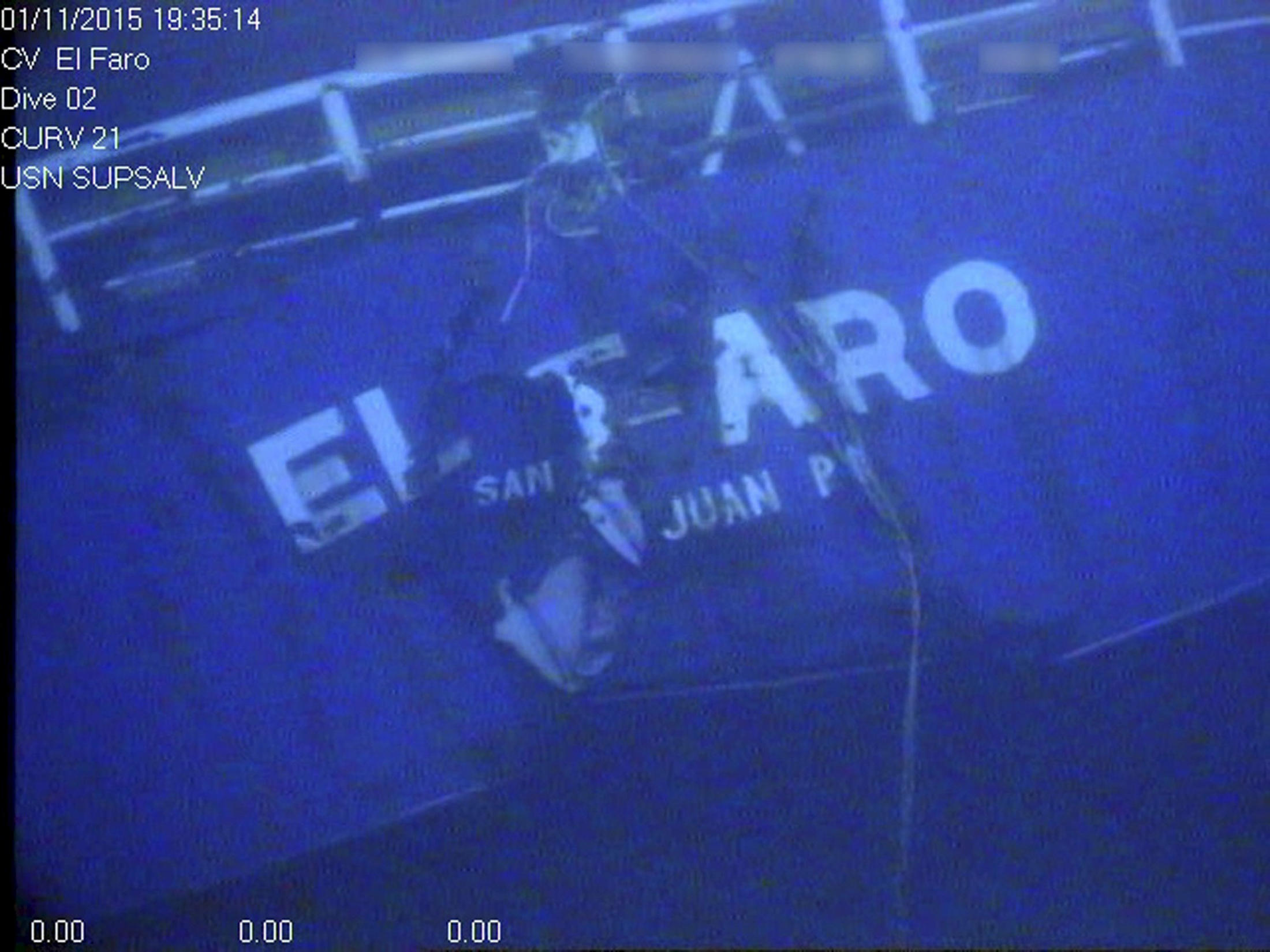 A Coast Guard report released Sunday says the primary cause of the 2015 sinking of the cargo ship El Faro, which killed all 33 aboard, was the captain underestimating the strength of a hurricane and overestimating the ship's strength.

The report said Capt. Michael Davidson should have changed the El Faro's route between Jacksonville, Florida, and San Juan, Puerto Rico, to avoid Hurricane Joaquin's 150 mph winds and when the 790-foot vessel got stuck he should have taken more aggressive measures to save it.

Speaking at a news conference in Jacksonville, Florida, Capt. Jason Neubauer also said the Coast Guard would have sought to revoke Davidson's license if he had survived.

Davidson "was ultimately responsible for the vessel, the crew and its safe navigation," said Neubauer, who chaired the investigation.

He said Davidson "misjudged the path of Hurricane Joaquin and overestimated the vessel's heavy weather survivability while also failing to take adequate precautions to monitor and prepare for heavy weather. During critical periods of navigation ... he failed to understand the severity of the situation, even when the watch standards warned him the hurricane was intensifying."

The report also says the ship's owner, TOTE Maritime Inc., had not replaced a safety officer, spreading out those duties among other managers, and had violated regulations regarding crew rest periods and working hours. The Coast Guard said it will seek civil actions against TOTE but no criminal penalties as there was no criminal intent.

TOTE Maritime released a statement Sunday saying the report "is another piece of this sacred obligation that everyone who works upon the sea must study and embrace. The report details industry practices which need change."

The El Faro went down on Oct. 1, 2015, sinking in 15,000 feet of water to the sea floor near the Bahamas. No bodies were ever recovered. It was the worst maritime disaster for a U.S.-flagged vessel since 1983.

Family members of the 33 victims filed wrongful death lawsuits against the owner of the ship in federal court, and they have since been settled, WOKV-FM reports.

Voice recordings recovered from the ship show an increasingly panicked and stressed crew fighting to save the ship after it lost propulsion as they battled wind, shifting cargo and waves.

Davidson ordered the ship abandoned shortly before it sank but its open air lifeboats likely would have provided insufficient protection, the Coast Guard said. The agency said it would recommend that all ships now be equipped with modern enclosed lifeboats.

El Faro was one of two ships owned by TOTE Maritime Inc. that navigated in constant rotation on shipping runs between Jacksonville, Florida, and San Juan, Puerto Rico. It brought everything from milk to Mercedes Benzes to the island.