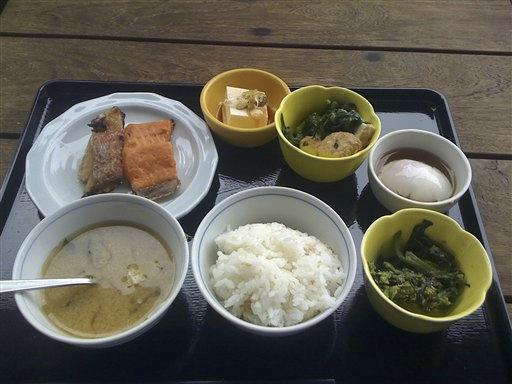 The Walt Disney Co. said Sunday its president, Robert Iger, will succeed Michael Eisner as chief executive officer and that Eisner will leave his post one year earlier than previously announced.

The company said Iger was unanimously elected by the board at a meeting Saturday and will take charge Oct. 1, which is the start of Disney's 2006 fiscal year. Eisner, who supported Iger as his successor, will step down the day before, although the company said it will honor his contract, which runs through Sept. 30, 2006.

Eisner will end his tenure at the company after serving 21 years. Iger will become only the sixth leader of Disney in its history.

The announcement came under immediate fire from two prominent shareholders who questioned the integrity of the process and said shareholders should consider replacing the board.

Disney board chairman George Mitchell said Iger's choice came after a "lengthy, thorough and professional selection process," and that the board seriously considered outside candidates before choosing Iger.

"We definitely had choices and we made the right choice," Mitchell said during a conference call with reporters.

"We believe Bob Iger represents the right blend of continuity, of very successful performance, particularly over the past two years in which Bob had played a major role...and a recognition of needed change," in the areas of new technology and expanding the company's business in Asia, Mitchell said.

Mitchell strongly denied charges made by former board members Roy E. Disney and Stanley Gold that Eisner inappropriately participated in interviews with candidates. The two also alleged that some external candidates declined to be interviewed because of Eisner's role.

Mitchell said Eisner was never present during any interviews with Iger and was present for only part of one meeting with an unidentified candidate.

"That was the full extent of his interaction with any candidates, internal or external," Mitchell said Sunday. "The allegation is false and irresponsible."

"We find it incomprehensible that the board of directors of Disney failed to find a single external candidate interested in the job and thus handed Bob Iger the job by default," the two said in a statement. "The need for the Walt Disney Company to have a clean break from the prior regime and to change the leadership culture has been glaringly obvious to everyone except this board."

"Mr. Mitchell's approach to good governance is no better than a carny at the fair, enticing words but in the end the game is rigged," the statement continued.

Mitchell said Sunday that drastic changes in the company are not needed.

"If you are a major investor and the company has produced a 60 percent increase in earnings, has just increased its dividend 14 percent, has record cash flow and a substantial increase in return of invested capital, you don't encourage major change," Mitchell said.

Iger, 54, who also serves as chief operating officer, was considered a front-runner for the post from the start.

He was president of Capital Cities/ABC when Disney bought the company in 1995, and went on to become president of the ABC Group and head of Walt Disney International. He was named president in 2000.

He has kept a relatively low profile at the company, although since last September, when Eisner said he would step down in 2006, has been more vocal about his vision for Disney.

Iger took on the difficult task of reversing the fortunes of Disney's ABC television network, which slid to fourth in the ratings in recent years. The network is poised to turn a profit this year and is improving in the ratings thanks to hits such as "Desperate Housewives."

Iger has also played a behind-the-scenes role in smoothing out the contentious relationship between Eisner and Miramax co-chairman Harvey Weinstein.

Sunday, Weinstein praised Iger's selection. Disney and Miramax are in the final stages of talks to sever ties with the Weinstein brothers after a 12-year relationship.

"I've had a great working relationship with Bob Iger and think he's a terrific choice as CEO for the Walt Disney Co.," Weinstein said.

The selection of Iger comes at the end of several rocky years for the company, and especially for Eisner, who was removed as board chairman last year after shareholders withheld 45 percent of their votes for his re-election to the board.

Since then, the company's fortunes have improved, although a recent trial over a multi-million-dollar severance paid to another Disney president, Michael Ovitz, and an unflattering book about Eisner's long reign, have left his legacy in doubt.

In a letter to the board, Eisner praised the decision and said he will not ask to be nominated for another term on the board when his current term expires next year. Eisner also said he will not seek the board chairmanship after Mitchell retires.

With the announcement, the board now turns its attention to the search for a chairman. Mitchell, who will turn the board's mandatory retirement age of 72 next year, has said he will not stand for re-election at the 2006 annual meeting.

Disney's board first split the roles last year after shareholders delivered a stinging vote of no confidence in Eisner, who then held both titles.