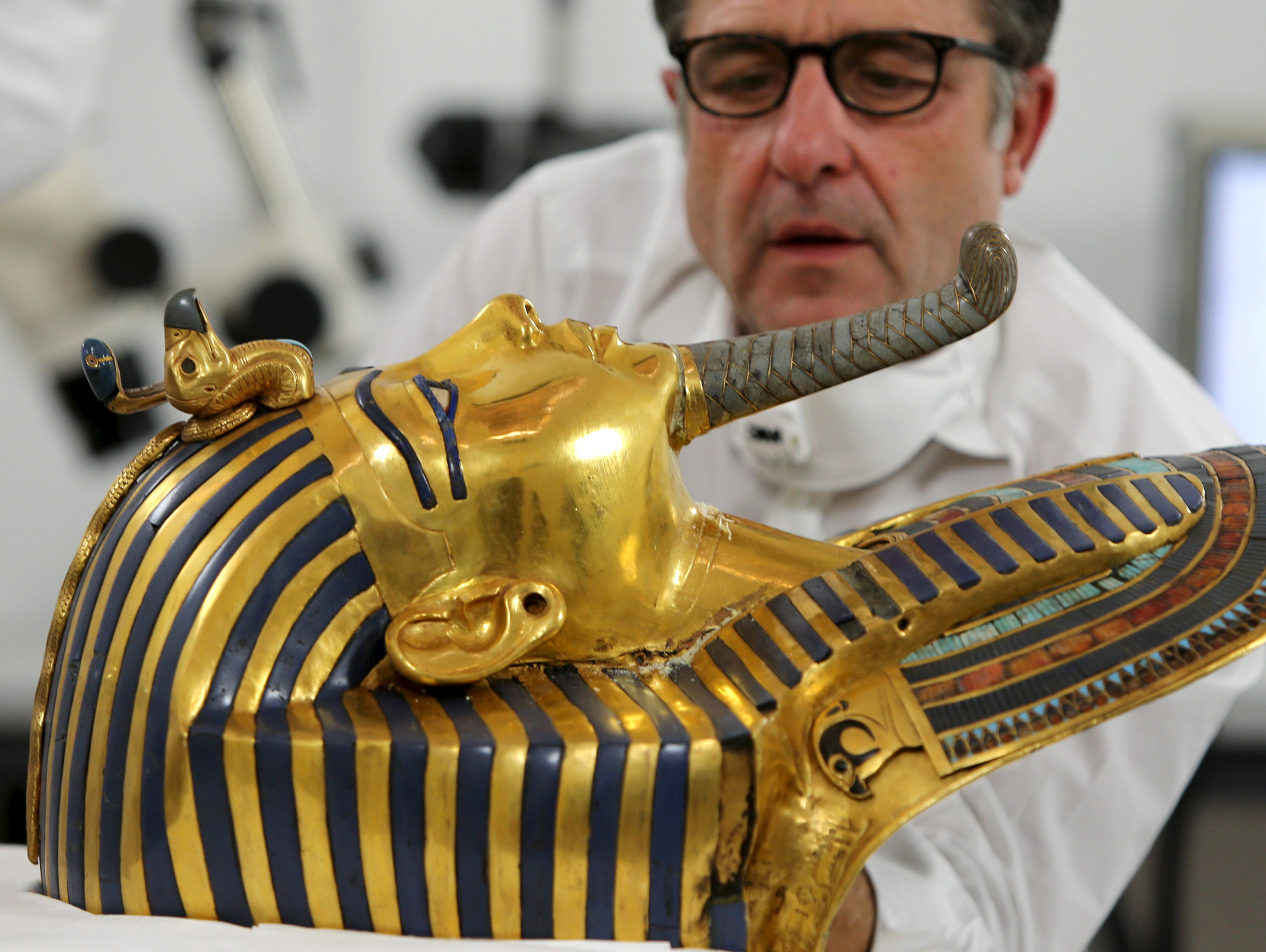 CAIRO - Eight Egyptians involved in a botched repair of the famed golden burial mask of King Tut, which was corrected late last year, have been referred to trial for "gross negligence."

Prosecutors said in a Sunday statement that the 3,300-year old mask, whose beard was accidentally knocked off and hastily glued on with epoxy in 2014, was scratched and damaged as a result.

The mask was put back on display last month after a German-Egyptian team of specialists removed the epoxy and reattached the beard using beeswax, which is often used as an adhesive for antiquities.

Restoration specialist Christian Eckmann said a year ago that the cause of a scratch discovered on the mask had had not been determined, but that it could have been recent.

A museum employee knocked the beard off during work on the relic's lighting in August 2014, after which it was hastily reattached with epoxy. When the error was revealed in January, the Antiquities Ministry quickly called a press conference where Eckmann said he and an Egyptian team could fix the epoxy-job and avoid permanent damage.

The 3,300-year-old pharaonic mask was discovered in Tutankhamun's tomb along with other artifacts by British archeologists in 1922, sparking worldwide interest in archaeology and ancient Egypt.

It is arguably the best-known piece in the museum, one of Cairo's main tourist sites, which was built in 1902 and houses ancient Egyptian artifacts and mummies.