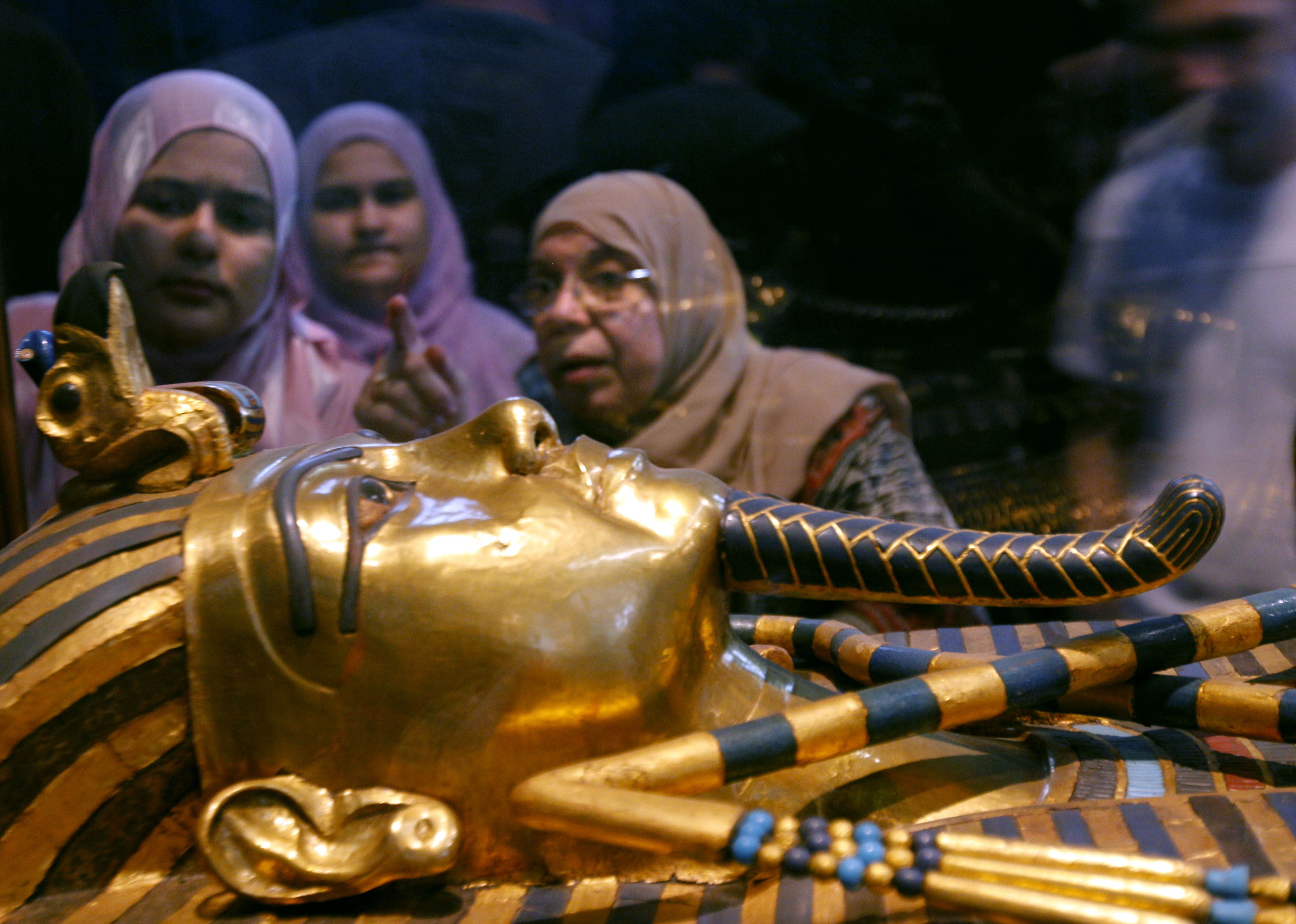 CAIRO - The head of the Egyptian Museum's restoration authority defended a controversial repair job performed on the world-famous mask of King Tutankhamen after reports of the restoration ignited a firestorm of criticism.

At the center of it all: a beard, a death mask, and the questionable use of epoxy.

There are conflicting accounts over how and why it happened, but this is what everyone agrees on: After King Tut's iconic blue and gold beard detached and fell off from his gold death mask during a cleaning at some point in 2014, employees of the Egyptian Museum used a strong adhesive to reattach the piece to the rest of the death mask.

But museum conservators cited by the Associated Press say the use of epoxy on such a priceless artifact was thoughtlessly inappropriate and has irreparably damaged the centerpiece of Egypt's pharaonic heritage, leaving a visible gap full of yellowish dried adhesive between the boy-king's chin and his braided beard.

Dr. Gharib Sonbol is the director of the Central Repair and Restoration Administration at the Egyptian Museum. In a telephone interview, he defended the repair job on the mask and insisted the museum handled the situation properly.

"There are different kinds of epoxy glues," Sonbol told CBS News. "We used an epoxy that was appropriate for the mask."

News of the repair job first surfaced earlier this week when Egyptian newspapers reported a reassembly performed hastily at the behest of government higher-ups. The resulting furor has scandalized the Museum, a central fixture of Egypt's crucially important tourism sector.

"Everyone knows that the beard has been separated from the rest of the mask for a long time," Sonbol told CBS News. "There's even an old picture of the mask with [Egypt's former monarch] King Farouk with the beard and the mask separate."

"It's a crime, it's really an art crime, it's insane," she told CBS News. "It happened because of incompetence."

Hanna agrees with Sonbol that the mask and beard were initially separate when King Tut's tomb was discovered by Egyptologist Howard Carter in 1922. She says the Museum's attempt to glue the pieces back together has backfired spectacularly.

"The mask and beard were found detached, then they were properly soldered together," she said. "What [the Museum] did destroyed the earlier conservation."

Sonbol told CBS News that the Museum would begin another repair job on the mask starting this coming Monday.