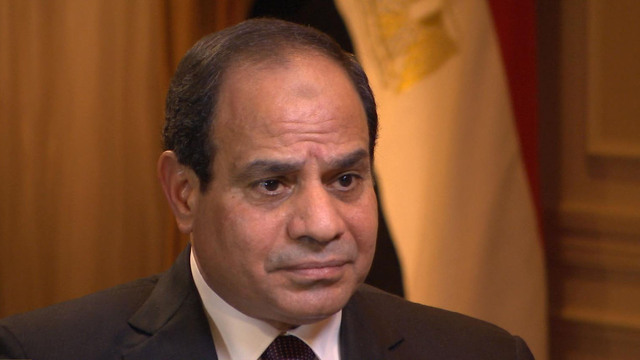 Egypt's president called for a "religious revolution" over the New Year, saying that top Muslim clerics bear responsibility for helping to reign in extremist views.

In a translation of the speech provided by The Cairo Post, Sisi said: "We should closely examine the situation in which we are in. It does not make sense that the thought we sanctify pushes this entire nation to become a source of apprehension, danger, murder and destruction in the entire world. I am not saying the religion [itself]. I am saying this thought that has been sanctified; texts and thoughts that have been sanctified for hundreds of years. And disagreeing with [these texts and thoughts] has become very difficult. To the extent that [this thought] makes an enemy of the whole world."

After the rise of the Islamic State of Iraq and Syria (ISIS), the U.S. began calling on countries to battle their ideology as well as their fighters.

Egypt has been a consistent partner in the Muslim world in the fight against ISIS.

Whether Sisi was doing just that with this speech or signaling another intent is not clear.

Sisi is well known for having not just a secular stand on most things, but also pushing back hard on even moderate religious political parties, CBS News correspondent Margaret Brennan reports. Tamping down on religious extremism also happens to fit political interests of the former leader of the Army who swept to power after the government of former Muslim Brotherhood member Mohammed Morsi was toppled.