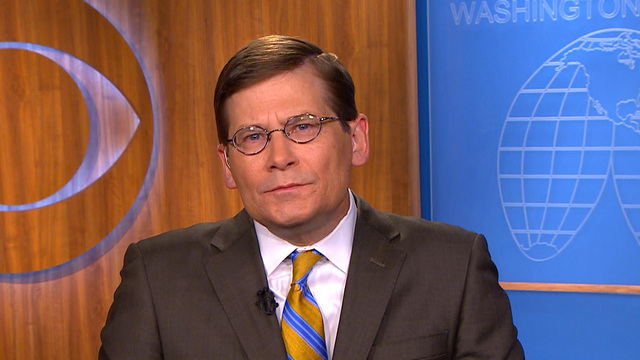 Just hours after the EgyptAir Flight 804 crashed in the Mediterranean Sea Thursday, Egypt's aviation minister pointed to terrorism as the "most likely" cause.

Former Deputy CIA Director Michael Morell, said it's still too early to call, there are multiple layers of the investigation that could help determine whether terrorism is to be blamed.

"Is there anybody on that flight with a link to a terrorist organization, number one. And number two, are there any conversations that are going on right now within terrorist organizations - non-public conversations - where they're congratulating each other. So that's on the intelligence side," Morell said on "CBS This Morning" Friday. "On the investigatory side, it's looking at the wreckage, debris, bomb residue, that black box that could tell you what brought down the aircraft."

"You're looking for people who show up in intelligence reports, who may have had some association with someone who had an association that was already on the radar in a terrorist group - things like that," Miller told "CBS This Morning" Friday.

But that could be tricky, with over 2,000 west Europeans who are returning home after fighting for ISIS in Syria and Iraq. In addition, in the past year, some 70 Paris airport workers had their security badges revoked under suspicion of having links to terrorism.

According to Morell, the prospect that a bomb could have slipped through security in a European city -- which he said had the "best security in the world" - also points to two groups that are likely responsible.

"There's really two possibilities - ISIS, of course, and al Qaeda in Yemen, which has focused on aircraft for a long time," Morell said.

While the transgender community is finding a growing voice in popular culture, its members are still widely misunderstood

Tony Hale is best-known for his quirky TV characters, like the blissfully unaware Buster Bluth