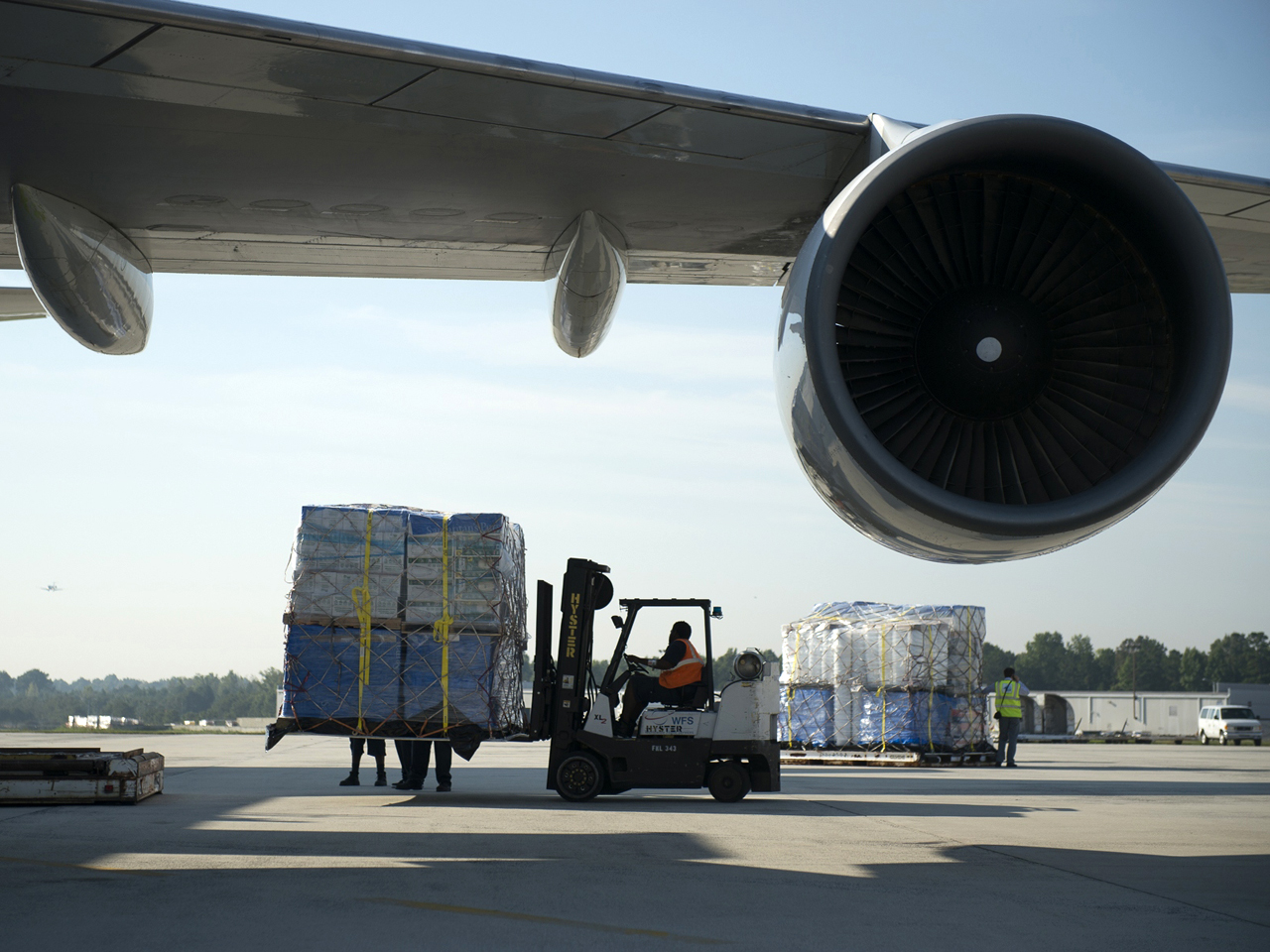 The first reported case of Ebola in the United States is spooking airline investors and raising the prospect that some frightened travelers might stay home despite repeated reassurances from public-health experts.

Details of the man's 28-hour trip from western Africa emerged Wednesday. He flew on two airlines, took three flights, and had lengthy airport layovers before reaching Texas on Sept. 20.

Still, federal officials say other passengers on the flights are at no risk of infection because the man had no symptoms at the time of his trip.

The patient, identified as Thomas Eric Duncan by CBS Dallas station KTVT, left Monrovia, Liberia, on Sept. 19 aboard a Brussels Airlines jet to the Belgian capital, according to a Belgian official. After layover of nearly seven hours, he boarded United Airlines Flight 951 to Dulles International Airport near Washington, D.C. After another layover of nearly three hours, he then flew Flight 822 from Dulles to Dallas-Fort Worth International Airport, the airline confirmed.

According to the Centers for Disease Control and Prevention, Duncan sought medical care Sept. 25 in Dallas after falling ill the day before.

"The fear is if this gets worse, it would affect people's travel behavior," said Joseph DeNardi, an analyst with Stifel, Nicolaus & Co. Health officials "sound confident that they've got it under control. Hopefully they're right."

The CDC typically notifies an airline when it learns that an infectious person traveled on that carrier. The airline then turns over the flight manifest to the CDC, and health officials notify other passengers while the airline deals with crew members.

In this case, the CDC told United but not the public what flights the man took. In an interview Wednesday with the AP, Dr. Thomas Frieden, director of the CDC, suggested that doing so would divert public-health resources away from controlling an outbreak of the virus. He said the CDC was focused on finding and tracking anyone who came in contact with Duncan after he began showing symptoms.

Public health officials have assured fliers that airports in Africa, Europe and the U.S. are taking all necessary precautions to prevent the spread of the virus, including screening passengers for fever.

An outbreak of SARS - severe acute respiratory syndrome - crippled air travel in Asia in 2003. Michael Derchin, an analyst with CRT Capital Group, said it is too early to draw a comparison between one Ebola patient and the 2003 SARS outbreak. He noted that SARS is an airborne disease that health officials say is transmitted more easily than Ebola.