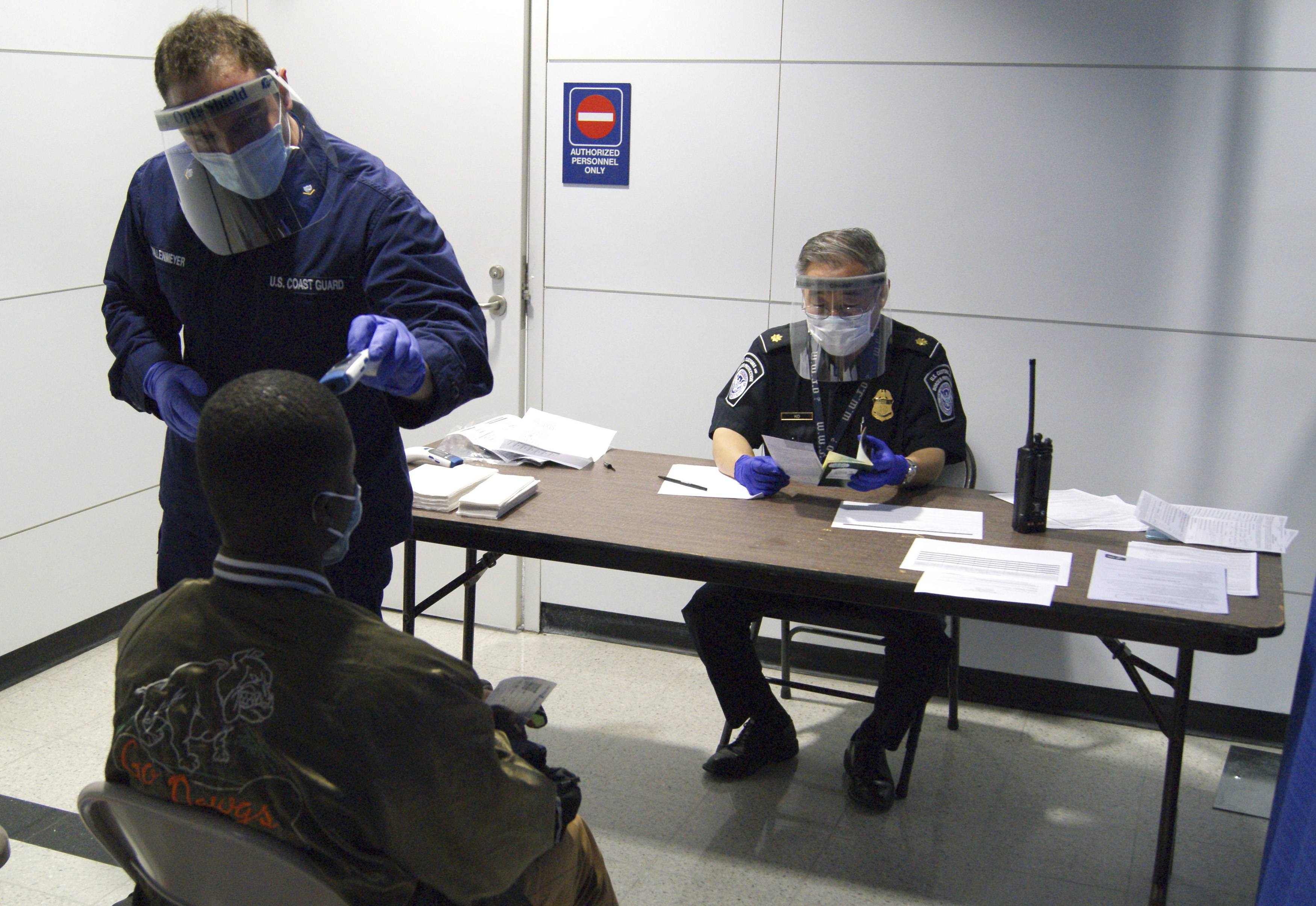 WASHINGTON -- As the U.S. closed a gap in its Ebola screening, an Ebola-free African country said it would begin checking visiting Americans for the disease.

Rwanda's health minister said Tuesday that travelers who have been in the United States or Spain - the two countries outside of West Africa that have seen transmission during the Ebola outbreak - will be checked upon arrival and must report on their health during their stay.

No Ebola cases have been reported in Rwanda, which is in East Africa. The U.S. Embassy in Rwanda said that country is banning visitors who have recently traveled to Guinea, Liberia, or Sierra Leone, the three countries at the heart of the outbreak, as well as nearby Senegal, which had a single case.

Fending off demands to ban travel from Ebola-stricken West Africa, the Obama administration instead tightened U.S. defenses against Ebola by requiring that all arrivals from the disease-ravaged zone pass through one of five U.S. airports.

The move responds to pressure from some Congress members and the public to impose a travel ban on the three countries at the heart of the Ebola outbreak, which has killed over 4,500 people, mostly in Liberia, Guinea and Sierra Leone, since it emerged 10 months ago.

Beginning Wednesday, people whose trips began in Guinea, Liberia or Sierra Leone must fly into one of the five U.S. airports performing fever checks for Ebola, the Homeland Security Department said.