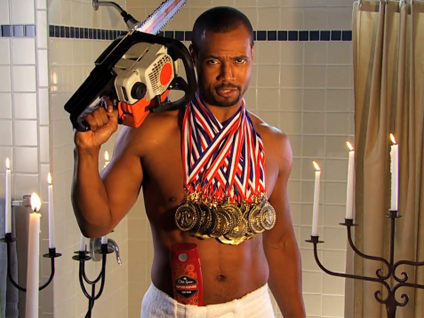 Hawking baby and children's clothes, along with some garage sale and thrift store bargains, on eBay helps Sunni Wojnarowsky bring in some extra money so she can afford to stay home with her two young boys.

The additional dollars are great, but does she really need to hassle with the paperwork and report her small profit to the Internal Revenue Service? Her question, posed to the online auction site's discussion board for sellers, generated much advice — and more confusion.

"You can't get an answer from anybody," Wojnarowsky said in an interview from her home in Brunswick, Ohio. "It would be nice to have a straightforward answer of yes, you file taxes, or no, you don't."

More than 135 million people have registered to use the auction site that calls itself "the world's online marketplace." Buyers bought more than $34 billion worth of merchandise there last year.

Some people make money by cleaning out items from their closets; others use the site to run small businesses.

In tax law, there is no clear, bright line that separates fun from profit, or a hobby from a business. But IRS instructions make it clear that all income — a category that includes bribes, gambling winnings, kickbacks and money made in illegal activities — can be taxed.

"When you're working on the Internet, it's kind of a gray issue," said Bart Fooden, a certified public accountant in Woodbury, N.Y., who advises small businesses and individuals. "The big issue is whether you're doing it as a business or not."

The IRS can apply a list of nine indicators that might prove whether someone's online auctions amount to a business. These indicators include evidence that the taxpayer depends on the income, acts in a businesslike manner, or puts enough time and effort into the activity to suggest a profit motive.

Fooden said the difference between a hobby and a business can often be the seller's intent.

If someone is selling the junk that is collecting dust in a garage or basement, then that person probably is getting less than he paid for it. No profit here.

If someone is buying goods in bulk from a wholesaler and hoping to make a couple extra bucks reselling each one, then that person could have just started a profitable business, Fooden said.

Some categories are not so clear.

If a great-aunt's collection of antique china fetched top dollar from collectors, that might mean capital gains taxes are owed.

If someone scours neighborhood garage sales for great deals on comic books to resell on eBay, that might amount to running a business.

It often is best to ask a tax professional, said Bob Miller, who says he spends about 18 hours a day on eBay, selling collectable postage stamps and advising other buyers and sellers from his home in northern Utah.

"When the person that you owe the money to can throw you in jail, it's always a good idea to get professional advice," he said.

eBay Inc. spokesman Chris Donlay said the company does not report individual sales to the tax authorities. eBay urges users, in the site's educational materials and seminars, to learn about tax issues.

"It's really up to the seller, just like offline," he said. "We are just a venue, really. We're sort of like the mall landlord or the owner of the parking lot where the flea market happens."

It takes so little effort to set up shop on eBay that some might overlook the tax issues, Miller said.

"If you have an e-mail address, you can start selling. If you're a U.S.-based seller, you need to have a credit card and a bank account," Miller said.

"People have a feeling that they're selling on eBay, they're not a business. It's not true. If you are selling and making a profit, you have to declare it."

An eBay survey last year found that 430,000 of its U.S. sellers make a significant portion or all of their revenue from selling on eBay.

While it might sound like nothing good can come of the headache involved in claiming a small profit from online auctions, consider the perks. Business expenses can be deducted from profits. That includes the cost of the goods sold, fees, supplies and maybe a home office — if the qualifications are met.

Wojnarowsky said she plans to report her eBay profits, which she estimates at roughly $2,000, but she is not looking forward to it.

Last year, the Wojnarowsky paid a $400 tax preparation fee, which included a business schedule to report online auction earnings. This year, they will crunch the numbers themselves using tax preparation software.

"I talked to a friend of mine who does eBay, and she's not filing because she said it's not regulated," Wojnarowsky said. "But my fear is, yeah, but what if you're wrong? I don't want to pay the fine."