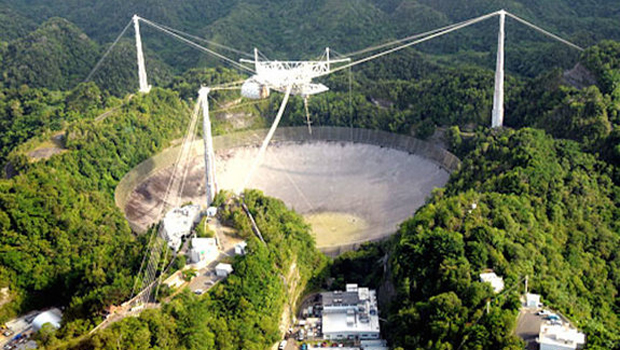 SETI is stepping up its search for alien lifeforms on far off worlds.

The Search for Extraterrestrial Intelligence (SETI) program recently announced two new methods to search for signals that could come from life on other planets. In the Panchromatic SETI project, multiple telescopes will scan a variety of wavelengths from 30 stars near the sun; the project will look for powerful signals beamed into space, potentially by intelligent extraterrestrials. SETI is also launching an interplanetary eavesdropping program that is expected to search for messages beamed between planets in a single system.

"If we are polluting space, perhaps other extraterrestrials are leaking signals," Dan Werthimer, director of the Berkley SETI Research Center, told an audience during the Smithsonian Magazine's "The Future is Here" Festival in May. "Maybe they're sending something our way." [10 Exoplanets That Could Host Alien Life]

Since humans made their first FM radio and television transmissions, signals from Earth have been spilling out into space, announcing the presence of intelligent life to any group that might be searching for it. According to Werthimer, signals from the 1950s television show "I Love Lucy" have reached thousands of stars, while the nearest suns have already enjoyed the "The Simpsons."

If Earth has unintentionally leaked signs of its presence, other alien civilizations may have done the same thing. SETI's new Panchromatic project will utilize a variety of telescopes covering a range of frequencies to scour the nearest stars.

"We're going to throw everything we've got at it," Werthimer added.

The panchromatic project will examine a sample of the 30 stars that lie within 5 parsecs (16 light-years) from the sun. The list includes 13 single stars, seven binary systems and one triple system. Most of the stars are smaller than the sun, but the project will also examine two white dwarfs and one moderately evolved F star. No confirmed exoplanets have been found around any of the stars.

By setting distance as the criteria, the SETI team hopes to alleviate any bias that might otherwise result from focusing on systems similar to that of Earth. The team selected stars for study based only on how far they lie from the sun.

According to SETI-Berkeley's Andrew Siemion, chief scientist of the eavesdropping project, the search will also probe a diverse stellar population already well studied at many wavelengths.

"In the event of a non-detection, these attributes of the sample will allow us to place strong and broadly applicable limits on the presence of technology," Siemion told Space.com via email.

Observations from the Low Frequency Array (LOFAR) telescope in Europe and the Green Bank Telescope (GBT) in West Virginia will begin over the summer and fall of 2014. Instrument development and commissioning is still in progress for the Infrared Spatial Interferometer (ISI) at Mount Wilson Observatory and the Nickel Telescope at Lick Observatory, both in California. But according to Siemion, the pair should be ready at about the same time. The Nickel Telescope will conduct the first-ever SETI observations done in the near-infrared.

The project has also proposed time on the William E. Gordon telescope at Arecibo Observatory in Puerto Rico, and hopes to piggyback on observations obtained at the Keck Telescope in Mauna Kea, Hawaii.

The close distances of the stars selected for the Panchromatic project should make potential signals from intelligent civilizations easier to detect, Siemion said.

"Within a couple of parsecs, E.T. wouldn't have to have technology much more advanced than ours in order for us to detect it," Siemion said. [5 Bold Claims of Alien Life]

The second SETI project will make use of the observations of multi-planet systems gathered by NASA's Kepler mission as it attempts to eavesdrop on signals broadcast from one planet to another.

The Kepler telescope detects planets as they pass in front of their stars, causing a dip in the stars' brightness. If two planets lie in the same orbital plane, pointed toward Earth, they will occasionally line up. If an intelligent species originated on one planet in a system, then went on to explore or inhabit a second planet, signals sent from one planet to the other should be detectable when the two are lined up facing the Earth.

So far, the team has observed about 75 of these events in multi-planet systems using the Green Bank Telescope. The range of radio frequencies include those used on Earth to communicate with craft sent to other planets.

"Our detection algorithms are sensitive to communications like those used by NASA's Deep Space Network to communicate with spacecraft, so if E.T. broadcasts something similar at sufficient power, we could hear it," Siemion said.

Detecting such signals doesn't necessarily mean researchers will be able to translate them. Scientists may not be able to determine if the communication is to an outpost or a rover. However, that won't make the discovery any less exciting.

Though a signal between planets should be detectable, Siemion said that it is more likely that a broad signal would be intercepted. Although terrestrial television broadcasts in large beams, these would be too weak to detect under the current experiments. Instead, scientists would be looking for something like the U.S. Air Force's "sky fence," a high-frequency radar used in an attempt to track space junk in orbit.

Distance poses one of the biggest problems in eavesdropping on extraterrestrials. The required power for a transmitter to be detected increases with the square of the distance. A transmitter 150 light-years away would need to be 100 times as powerful as one 15 light-years away, if everything else remains the same.

Most of the Kepler planets and planetary candidates lie at significant distances from Earth, making it difficult for scientists to detect weaker signals like those emitted by spacecraft communication. However, if alien civilizations used something akin to Arecibo, Siemion said, scientists would stand a far better chance of detecting it.

"The flood of multiplanet systems discovered by Kepler and the high precision of the planetary ephemerides the Kepler team publishes has directly made this experiment possible," Siemion said. Ephemerides are tables that provide the positions of astronomical bodies at a given time.

"TESS will find lots of multiplanet systems as well, but they will be closer to Earth," said Siemion.

Astronomers also look forward to using the Square Kilometer Array (SKA), which could be more than an order of magnitude more sensitive than current systems and thousands of times faster.

The explosion in discoveries of planets and planetary candidates over the past two decades has provided a strong encouragement for SETI's search for intelligent life, Siemion said.

"If there is one message from exoplanet research in the last two decades, it is that, simply, planets are everywhere," he said. "Moreover, rocky, lukewarm planets appear to be very common. We shouldn't have to look very far, statistically speaking, to find planets where life could develop."