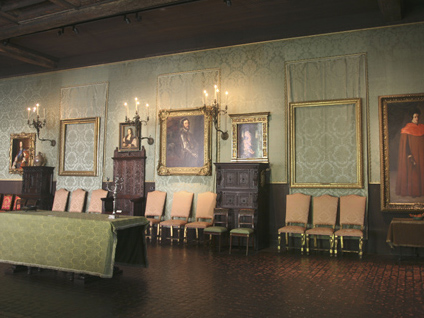 The news that popular teenage actress Mary-Kate Olson is reportedly being treated for an eating disorder is a disturbingly familiar tale. It's estimated that some 10 million women suffer from anorexia or bulimia. But what may surprise you is the fact that a growing number of people being treated for the disorders are men. CBS News Correspondent John Roberts reports for The Early Show.

It was in high school that Garrett Athenas developed his eating disorder. A runner, he was dropping what he thought was excess weight to shave his times.

"I didn't see what other people saw."

What people saw was a young man wasting away, losing 20 pounds in a single month through relentless exercise and skipping meals. But no one - not his twin brother, his parents nor his friends -- suspected Athenas was an out-of-control anorexic.

"I felt that no one understood me. There was no help."

There are no large long-term studies on men and eating disorders, so it's unknown just how many are afflicted. But experts believe it's well over a million -- and growing.

"It's probably a few percent of the U.S. male population ? 2, 3, 4 percent," says Dr. Timothy Walsh of the New York State Psychiatric Institute. "It's a good number."

Eating disorders first appeared among men in sports that demand strict weight discipline - like wrestling. But the numbers have recently exploded.

"No one saw any real increase in male eating disorders until 5 or 10 years ago and then suddenly, boom! Like something happened," says Dr. Ira Sacker, an eating disorder expert.

What happened, say experts, is a media blitz of biceps, six-pack abs and chiseled faces. Men now face the same body-image pressures woman have confronted for decades. And some are falling into the same traps.

Says Garrett, "Why would a girl that looks like a model go for a guy who doesn't work out, go to a gym, and look as attractive?"

Tom Davis, who battled bulimia for more than a decade, says, "You almost get this kind of rush after you vomit. It's almost like a drug."

A broken college romance pushed him into a devastating cycle of eating and then forcing himself to vomit. He explains, "It's about control. It still is about control.

Like many men with eating disorders, he found it hard to accept having an illness society generally views as a "woman's disease."

He adds, "And I think probably the doctors felt the same way, too."

Says Doug Bunnell of the National Eating Disorders Association, "It's shameful to ask for help, stereotypically for men anyway -- but then to ask for what seems to be a female disorder is doubly shameful."

And that shame has prevented all-important early diagnosis in men.

Says Bunnell, "We do a much, much better job of catching anorexic girls before they lose a tremendous amount of weight."

Men who ARE caught early can be successfully treated with psychotherapy or medication. Psychologist Craig Brown also finds group therapy with both adolescent boys AND girls can offer breakthroughs. He says, "It is an interesting pool of feedback having the opposite sex around to say -- you know what? You'd actually look a lot better to me if you gained another 10 to 15 pounds."

Garrett Athenas went through therapy, gained about 40 pounds, and now has his anorexia under control. It's a battle back to normalcy he is happy to share, counseling other men who face the same life-threatening compulsion.