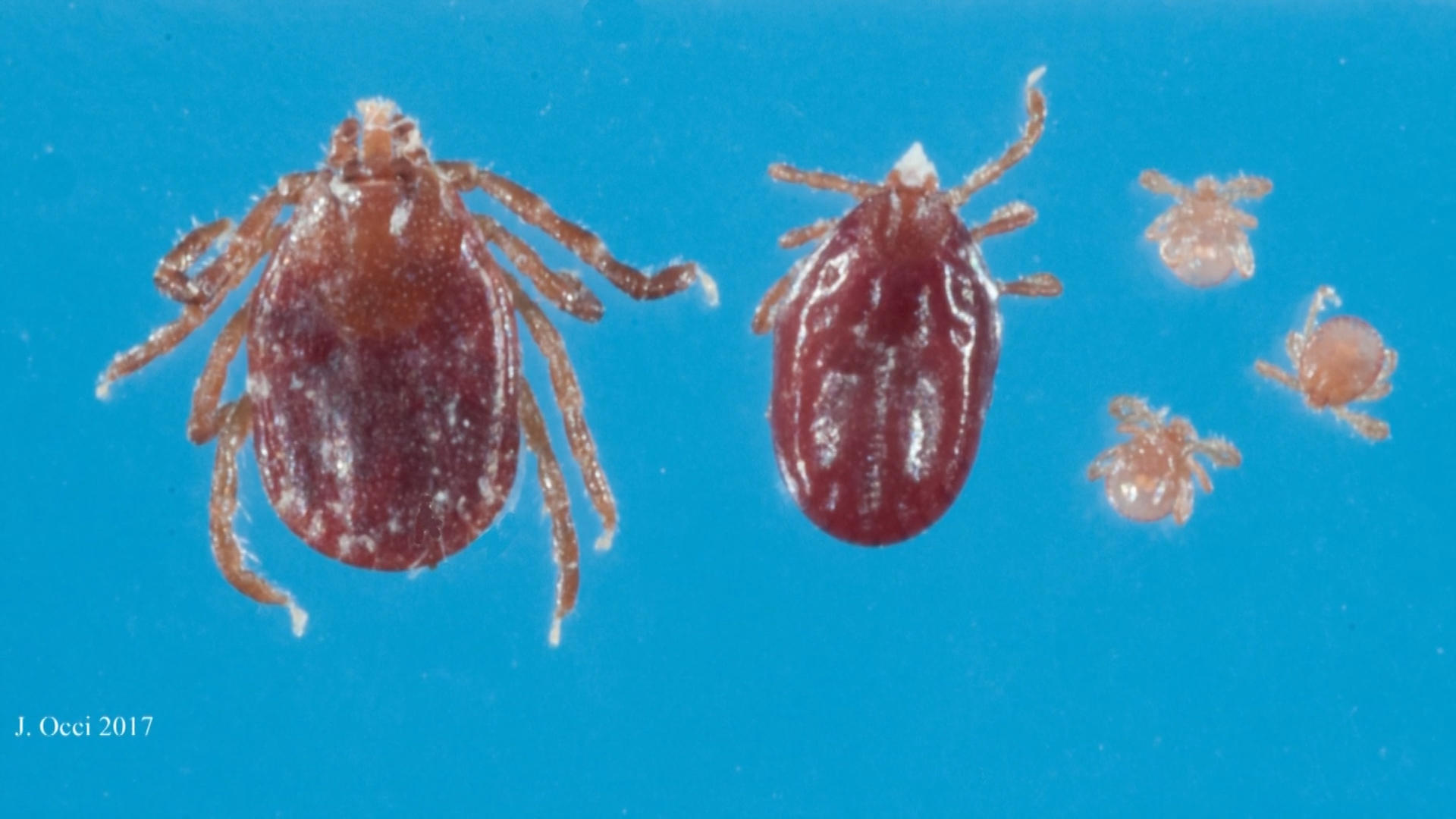 HUNTERDON COUNTY, N.J. -- A tiny parasite could become a big problem this year in New Jersey. It's an exotic tick that's never been seen before in the United States. It was first spotted on a sheep in Hunterdon County, and efforts to wipe it out have failed, CBS New York reports.

New Jersey has always been home to different species of ticks -- five, to be exact. But a new variety of the bloodsucking bug is now in the mix.

It's the East Asian tick, sometimes called a longhorned or bush tick. Originally found in Asia, thousands of them are now in the Garden State.

Their discovery started with a call.

"A phone call from a resident in Hunterdon County that her sheep was infested with a lot of ticks. She brought some in and, low and behold, she was also covered in the same ticks," research microbiologist James Occi told the station. "It was kind of an odd looking thing. She didn't know what it was, she had never seen them before."

Occi works with entomologists at Rutgers University who tested the ticks. He said steps were taken to kill them, but just a few days ago he used carbon dioxide traps and found a number of the pests survived.

That's a problem, because like the deer ticks that spread Lyme disease, East Asian ticks have been known to spread a deadly virus called SFTS, which stands for severe fever with thrombocytopenia syndrome. Thrombocytopenia means a low blood platelet count, according to the Mayo Clinic.

"It has the potential. That's why we're worried," said Occi.

Symptoms of SFTS include fever, fatigue, chill, headache, nausea, muscle pain, diarrhea, vomiting, abdominal pain, disease of the lymph nodes, and conjunctival congestion. In some cases, it can lead to death.

"There's enough things you have to worry about. So hearing about new things that could potentially jeopardize the health of your home is something to be concerned about," Hoboken resident Laurena Morris said.

"My biggest concern is that my dog would bring it home and somehow my son would get it," said Caitlin Dibetta.

"More work has to be done to keep these out and find ways when they are introduced, to find natural predators to eliminate them," Steve Maikowski said.

Scientists will treat the affected farm with pesticide this week in hopes of eliminating the exotic ticks.

How the ticks made it to New Jersey in the first place is still a mystery.

Tests done on ticks found in November did not reveal any tick-borne diseases. The ticks collected a few days ago are being tested now.