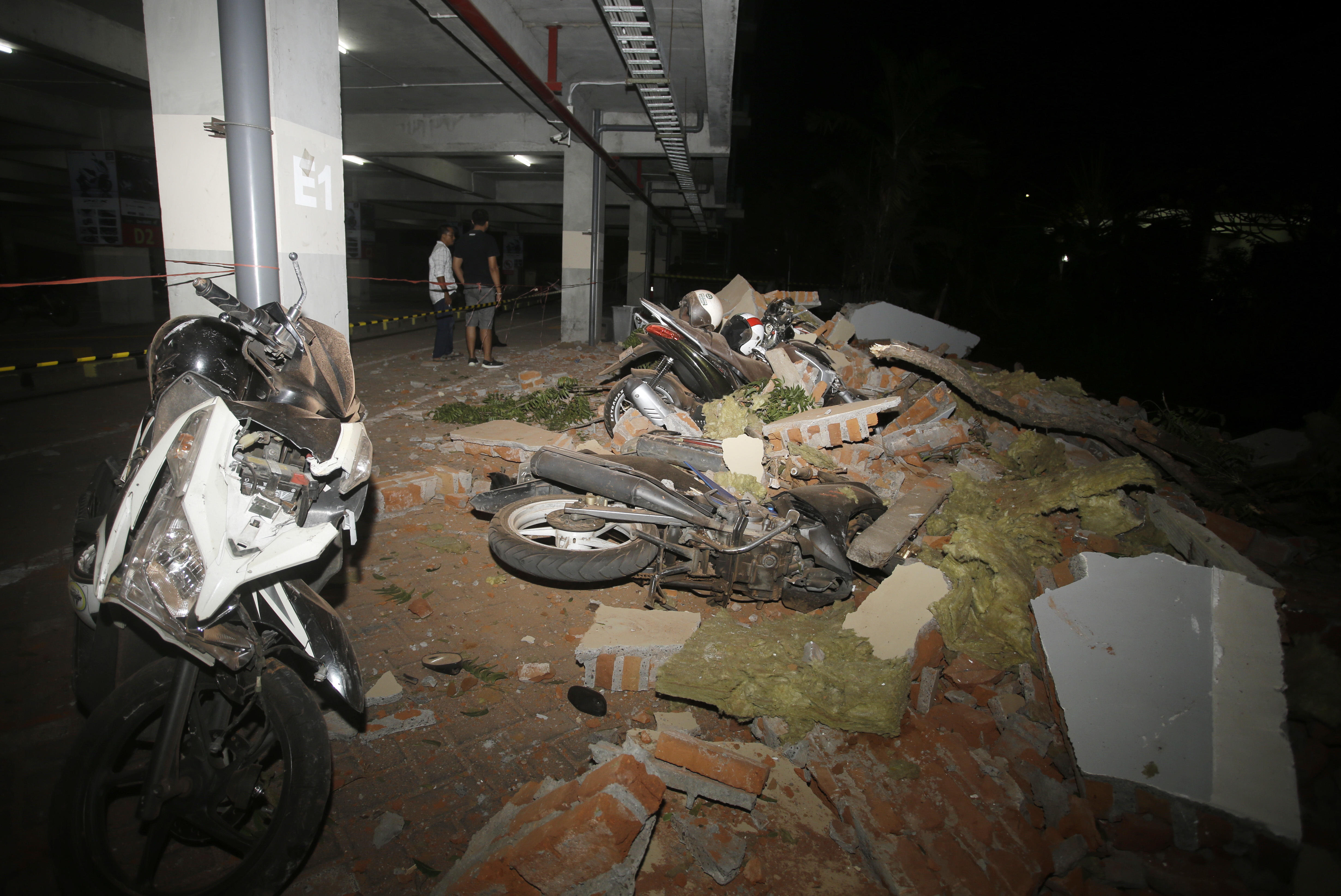 MATARAM, Indonesia -- A powerful earthquake struck the Indonesian tourist island of Lombok on Sunday, killing at least 91 people and shaking neighboring Bali, one week after another quake killed more than a dozen on the island. Authorities said Monday thousands of houses were damaged and the death toll is likely to climb. Rescuers haven't reached some of the worst affected areas in the north of the island.

The latest quake, which triggered a brief tsunami warning, damaged buildings as far away as Denpasar on Bali, including a department store and the airport terminal, where ceiling panels were shaken loose, authorities said.

Video showed screaming people running in panic from houses in a Bali neighborhood and vehicles rocking. On Lombok, soldiers and other rescuers carried injured people on stretchers and carpets to an evacuation center.

The quake, recorded at magnitude 7.0 by the U.S. Geological Survey, struck early Sunday evening at a depth of 6 miles in the northern part of Lombok.

"People panicked and scattered on the streets and buildings and houses that had been damaged by the previous earthquake had become more damaged and collapsed," he said in a statement.

Many victims were treated outdoors because hospitals were damaged in the quake while the nighttime search and rescue effort had been hampered by electricity and communications blackouts.

"The estimate of victims continues to grow," Sutopo said.

Sutopo announced Monday that foreign and Indonesian tourists are being evacuated. He said three ships had evacuated 1,000 tourists so far. Four agencies including the military and the national search and rescue agency are involved.

Chrissy Teigen, along with her husband John Legend and their two children, felt the quake during their vacation in Bali. Teigen live-tweeted what she and her family experienced Sunday.

The quake was felt strongly across Lombok and Bali and had damaged houses on both islands, Nugroho said.

"I was watching TV when I felt a big shake," said Harian, a Lombok woman who uses one name. "The lamp was shaking, and people were shouting 'Get out.' I ran out into the dark because the power cut off."

Frightened people poured out of their homes to move to higher ground, particularly in North Lombok and Mataram, the capital of West Nusa Tenggara province, said Iwan Asmara, a Lombok disaster official.

The Bali and Lombok airports continued operating Sunday night, according to the director general of civil aviation. There had been a half-hour evacuation at the Lombok airport following the quake because the electricity went off. TV showed crying women consoling each other outside Lombok's airport.

Australia's home affairs minister tweeted that he and his delegation were safely evacuated in darkness from a Lombok hotel where they have been staying during a regional security conference.

Home Affairs Minister Peter Dutton told Fairfax Media that he was on the hotel's 12th floor when the quake struck. He said the quake "was powerful enough to put us on the floor" and cut power.

The island was already reeling from a magnitude 6.4 quake on July 29, which killed 16 people.

Like Bali, Lombok is known for pristine beaches and mountains. Hotels and other buildings in both locations are not allowed to exceed the height of coconut trees.

Indonesia is prone to earthquakes because of its location on the Pacific "Ring of Fire," an arc of volcanoes and fault lines in the Pacific Basin. In December 2004, a massive magnitude 9.1 earthquake off Sumatra island triggered a tsunami that killed 230,000 people in a dozen countries.