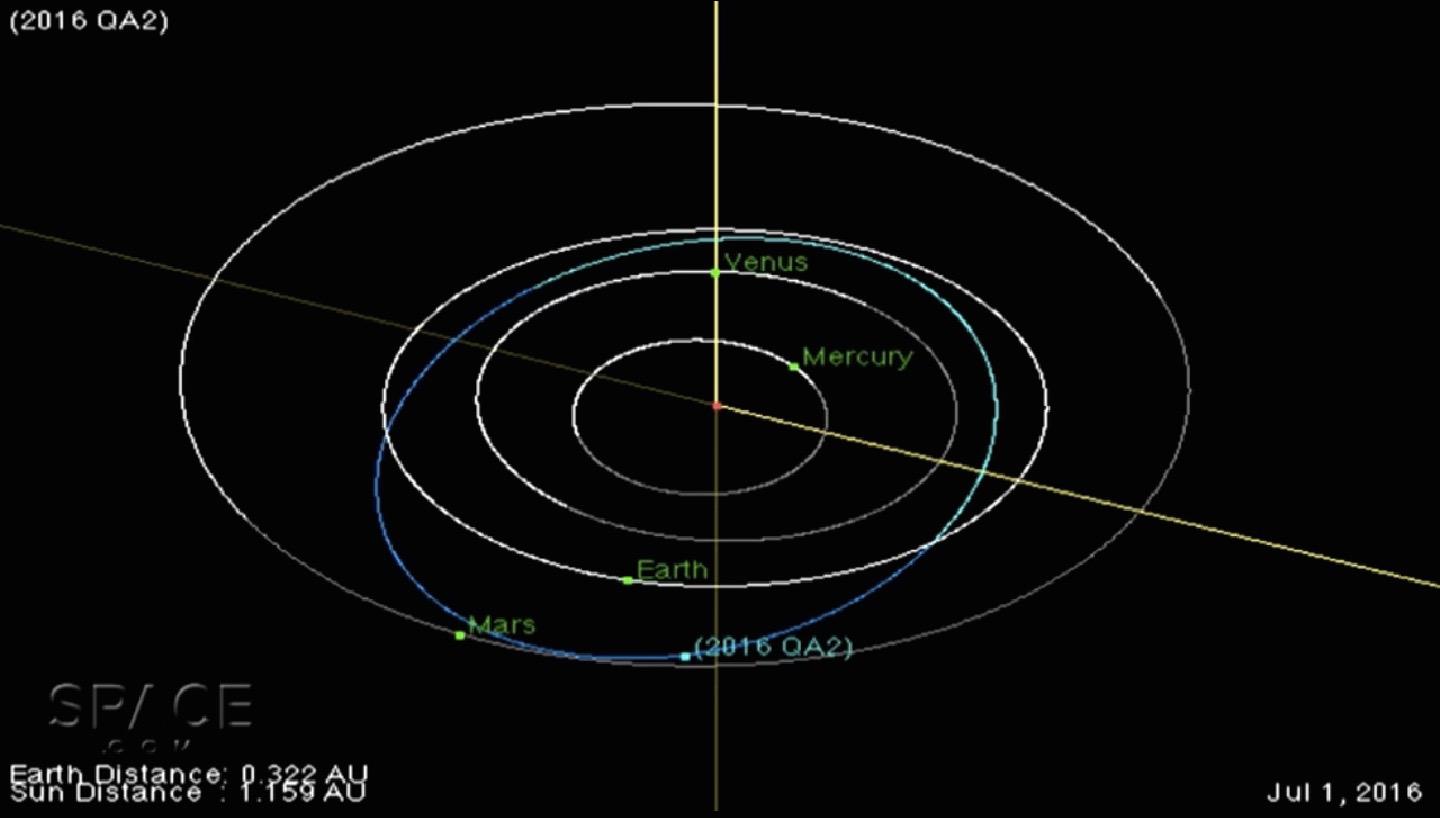 An asteroid gave Earth a close shave on Sunday, just a day after astronomers first spotted the object.

The newfound asteroid 2016 QA2 zoomed within 50,000 miles or so of the planet. For perspective, the moon orbits Earth at an average distance of 239,000 miles.

Astronomers think 2016 QA2 is between 80 and 180 feet wide. That means the space rock is slightly bigger than the object that exploded over the Russian city of Chelyabinsk in February 2013, injuring more than 1,200 people.

The Chelyabinsk asteroid was probably 65 feet or so in diameter when it hit Earth’s atmosphere, scientists have said. (The Chelyabinsk object exploded high above the ground, generating a powerful shock wave that shattered thousands of windows. The injuries — none of which were fatal — were cuts caused by flying glass.)

The SONEAR Observatory in Brazil discovered 2016 QA2 on Saturday. The asteroid has a more elliptical orbit than Earth does, coming as close to the sun as 0.76 astronomical units (AU) and getting as far away as 1.18 AU, according to the Minor Planet Center. (One AU is the average distance form Earth to the sun: about 93 million miles.)

The newfound asteroid completes one lap around the sun every 350 days, researchers said.

Asteroids in 2016 QA2’s size range could conceivably do serious damage on a local scale if they hit Earth. In 1908, for example, an object thought to be about 130 feet wide exploded over Siberia, flattening trees over an 825-square-mile area. (It may seem like asteroids really have it in for Russia, but the nation’s higher incidence of strikes is just a result of its huge size.)

But an asteroid has to be really big — probably at least 0.6 miles wide — to potentially wipe out human civilization or cause some other global catastrophe, astronomers have said. Scientists think they’ve spotted about 95 percent of the potentially hazardous, mountain-size space rocks out there, and none of those objects pose a threat for the foreseeable future.