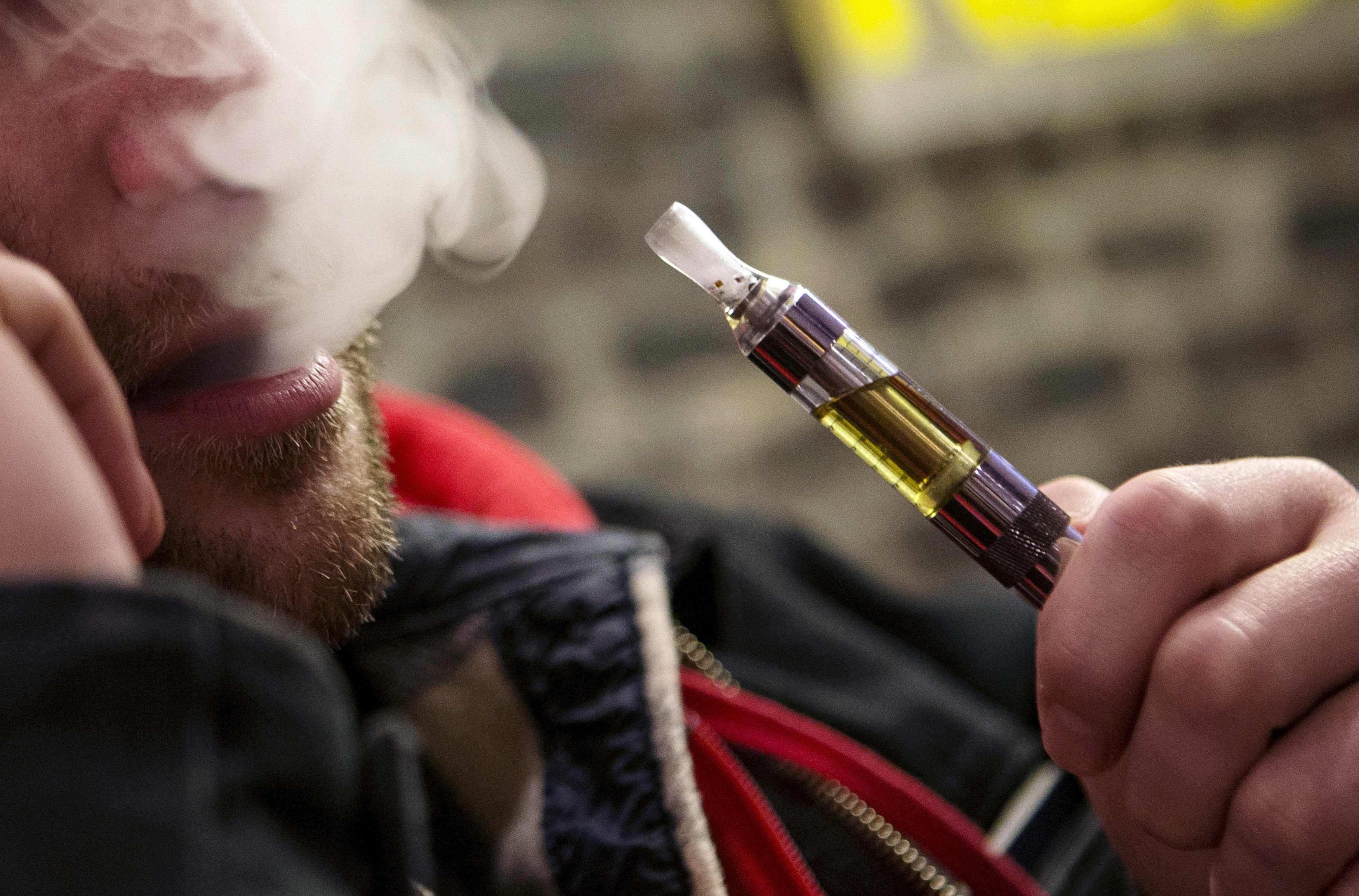 Electronic cigarettes are widely marketed as a way to help smokers quit traditional cigarettes, but a large new analysis finds they may actually have the opposite effect.

In fact, the report, published online today in The Lancet Respiratory Medicine, found that adult smokers who use e-cigarettes are actually 28 percent less likely to stop smoking cigarettes.

The question has been studied numerous times in the past, yielding sometimes conflicting results. But the new study -- systematic review and meta-analysis of published data -- is the largest to date.

"As currently being used, e-cigarettes are associated with significantly less quitting among smokers," wrote first author Dr. Sara Kalkhoran, who was a clinical fellow at the UCSF School of Medicine when the research was conducted. "E-cigarettes should not be recommended as effective smoking cessation aids until there is evidence that, as promoted and used, they assist smoking cessation." Kalkhoran is now at Massachusetts General Hospital and Harvard Medical School.

E-cigarettes, also called e-cigs, are powered by batteries that heat up liquid nicotine and flavorings to deliver inhaled vapor to the user. The process is meant to simulate the feeling of smoking, but without tobacco.

E-cigarettes are often promoted as a healthier alternative to regular cigarettes -- since users aren't inhaling carcinogenic smoke -- that can be used to wean smokers off tobacco.

But in 2015, the U.S. Preventive Services Task Force concluded that there was insufficient evidence to recommend the devices to help adults quit smoking.

None of the companies that manufacture e-cigarettes has submitted an application to the U.S. Food and Drug Administration to approve the devices for smoking cession, and the FDA has not taken any action against companies that claim e-cigarettes are effective for quitting smoking.

The FDA has also expressed concern that as the products are currently unregulated, they may contain unknown chemicals and toxic substances.

For the current study, Kalkhoran and her team reviewed 38 studies assessing the association between e-cigarette use and cigarette cessation among adult smokers. They selected 20 studies that had control groups of smokers not using e-cigarettes, and combined their results in a meta-analysis.

They found that the odds of quitting smoking were 28 percent lower among smokers who used electronic cigarettes when compared to those who did not.

"The irony is that quitting smoking is one of the main reasons both adults and kids use e-cigarettes, but the overall effect is less, not more, quitting," co-author Stanton A. Glantz, PhD, UCSF professor of medicine and director of the UCSF Center for Tobacco Control Research and Education, said in a statement. "While there is no question that a puff on an e-cigarette is less dangerous than a puff on a conventional cigarette, the most dangerous thing about e-cigarettes is that they keep people smoking conventional cigarettes."

Some experts say e-cigarettes can actually interfere with efforts to quit smoking by keeping users hooked on nicotine.

The studies in the review included both real-world observational analyses as well as clinical studies, and took into account other factors that could influence the outcomes, including demographics, past attempts to quit, and level of nicotine dependence.

But some researchers are speaking out and criticizing the methods used in the review.

"The studies that are presented as showing that vaping does not help people quit only recruited people who were currently smoking and asked them if they used e-cigarettes in the past. This means that people who used e-cigarettes and stopped smoking were excluded. The same approach would show that proven stop-smoking medications do not help or even undermine quitting," he said in a statement posted on the Science Media Centre's website.

Ann McNeill, Deputy Director of the UK Centre for Tobacco & Alcohol Studies and a professor at King's College London, co-authored one of the studies in the analysis and called the review "not scientific." "The information included about two studies that I co-authored is either inaccurate or misleading," she said. "I am concerned at the huge damage this publication may have - many more smokers may continue smoking and die if they take from this piece of work that all evidence suggests e-cigarettes do not help you quit smoking; that is not the case."

Still, some experts point to other evidence of potential harms of e-cigarettes. Dr. Daniel Neides at Cleveland Clinic's Wellness Institute pointed out that e-cigarettes are often a gateway to using cigarettes themselves.

"Patients using e-cigarettes may end up using higher amounts of nicotine with the e-cigarettes because they are using the devices more frequently throughout the day and when they feel like they need a stronger nicotine content, they transition to cigarettes," he told CBS News.

The Glantz and Kalkhoran concluded that regulation of e-cigarettes has the potential to make a difference.