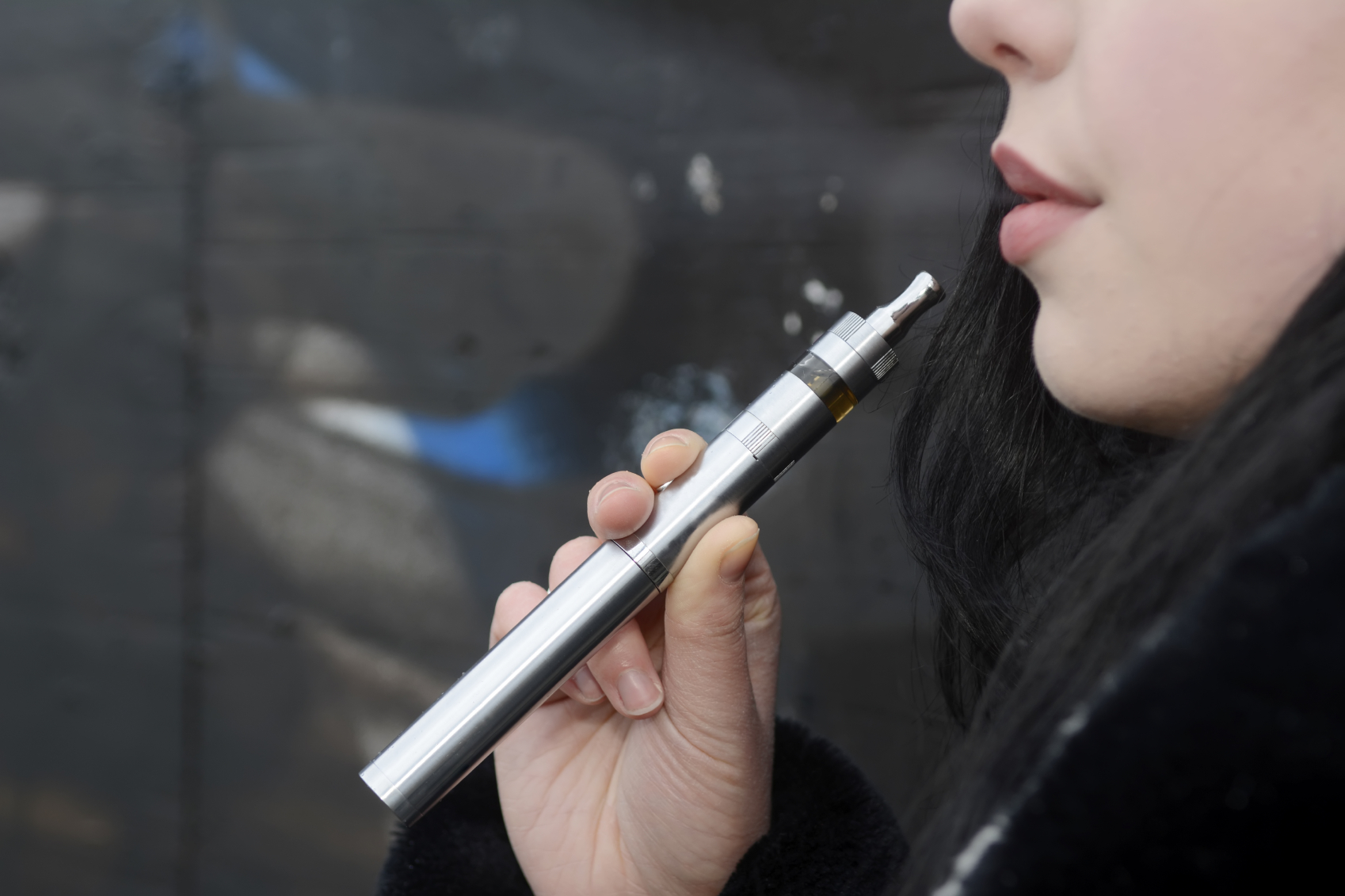 Seven out of 10 middle and high school students are exposed to electronic cigarette ads, according to a new report released today by the CDC.

Many of the ads are tailored to attract kids and teens by featuring sexy, rebellious, independent themes, and communities need to do more to combat messages that may lead young people to believe e-cigarette "vaping" is attractive and harmless, CDC experts said.

"E-cigarettes are tobacco products. They contain nicotine. Nicotine is addictive and kids should not be on nicotine substances," Frieden said.

He expressed concern that years of progress made to reduce cigarette smoking in the young will be sabotaged by the new advertising messages. "E-cigarette ads are using many of the same themes that conventional cigarette ads used for decades to get a generation of kids addicted to tobacco," he said.

Over the last few decades, bans on advertising, public health messages about the dangers of tobacco use, higher taxes on tobacco products, restricting sales to youth, and making indoor environments smoke-free have been among the strategies to slash cigarette use in the U.S., said Vaughan Rees, Director of the Center for Global Tobacco Control, in the Department of Social and Behavioral Sciences at Harvard T.H. Chan School of Public Health.

"All these policies and strategies combined have had the effect of de-normalizing tobacco use. It's now the exception, not the rule, to smoke or use tobacco products," Rees told CBS News.

But e-cigarette advertising may derail that progress if changes don't occur, health officials warn. Currently, there are no marketing restrictions related to e-cigarettes.

To assess exposure to e-cigarette ads, CDC researchers conducted a school-based survey of 22,007 middle school and high school students in grades six through 12. They asked questions about how often they saw advertisements in four types of places: retail stores, the Internet, TV and movies, and newspapers and magazines.

The report showed that more than half of high school students (8.3 million) saw e-cigarette ads in retail stores, and more than six million saw them on the Internet.

When it came to middle schoolers, more than half (six million) saw e-cigarette ads in retail stores, and more than four million saw them on the Internet.

Brian King, with the CDC's Office on Smoking and Health, said 15 percent of the students -- 4.1 million youth in grades six through 12 -- were exposed to e-cigarette ads from all four sources.

Frieden said e-cigarette marketers are using social networking sites to promote their products, and he said the viral nature of those sites is also concerning.

"Young people who never would have used conventional products may be using e-cigarettes," said Harvard's Rees.

He said that while most forms of advertising for conventional cigarettes are banned or no longer used, e-cigarette manufacturers currently have cart blanche to advertise practically anywhere and in any way they choose.

"The study by CDC proves ... that the reach of e-cigarettes advertising among youth has reached near ubiquitous levels," Rees said.

Frieden said it's important that kids realize e-cigarettes create nicotine exposure and that exposure at a young age may cause lasting harm to brain development, promote addiction and lead to ongoing tobacco use in adulthood.

Rees said there's an important distinction to make, though. E-cigarette ads may have some public health benefits if current adult cigarette smokers are encouraged to switch to e-cigarettes.

"There are likely to be net benefits from switching from a conventional product to an e-cigarette, although the full health risks of e-cigarettes are still not fully known, Rees said.

But that potential benefit only applies to current smokers who are adults, Rees said. "E-cigarettes are a huge problem from a public health perspective if we allow them to proliferate among youth, creating a new generation of kids with nicotine dependence and undermining tobacco control efforts."

Frieden said communities can curtail youth use of e-cigarettes by limiting tobacco product sales to facilities where kids and teens don't have access, putting extra restrictions within certain distances of schools, requiring e-cigarettes be sold only face-to-face (not on the Internet), and requiring age verification, among other efforts.

The American Academy of Pediatrics recently recommended that the minimum age for purchasing tobacco products and electronic cigarettes be increased to 21. (On Jan. 1, Hawaii became the fist state in the U.S. to raise the smoking age to 21.) The group also called for the FDA to regulate e-cigarettes the same way it regulates other tobacco products.

"I hope all can agree that kids should not use e-cigarettes," Frieden said.