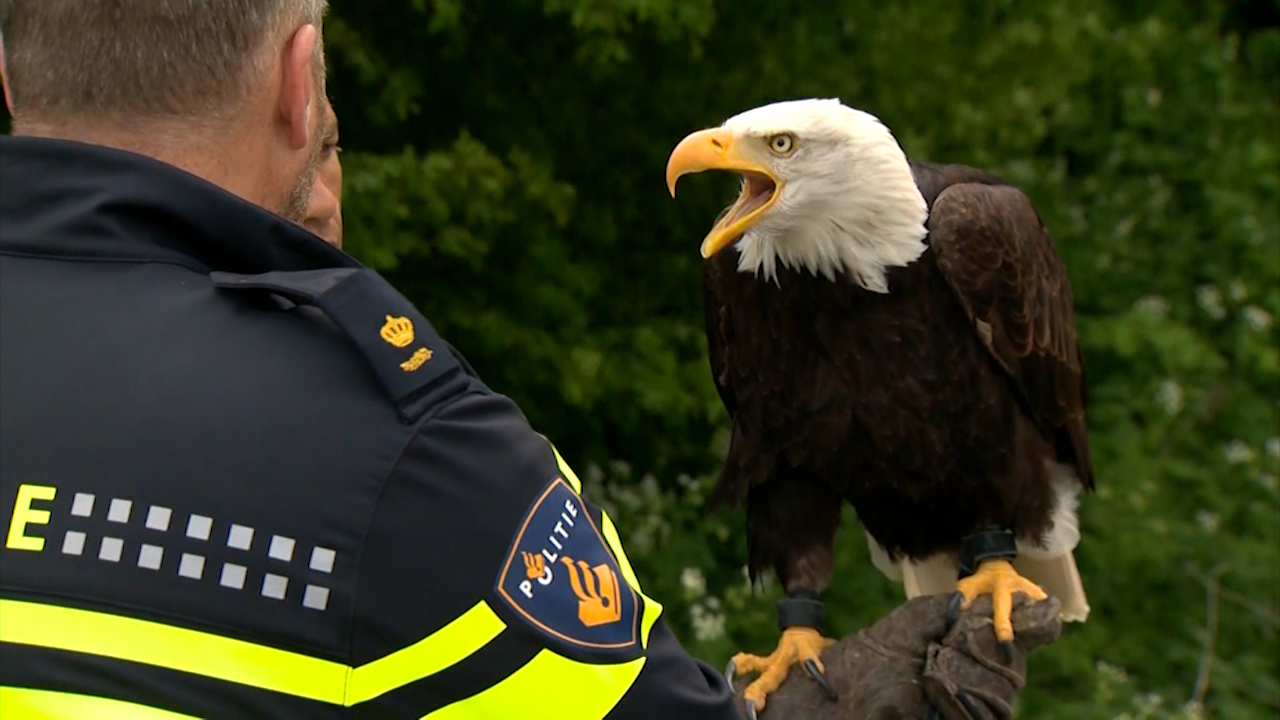 The Dutch National Police Agency's newest recruits have wings -- and and an appetite for drones.

Hunter the bald eagle, shown in action in the video above, is the world's first bird trained to take down drones that cause trouble in the sky.

"During training, they've proved to be the best birds of prey to take down drones," Sjoerd Hoogendoorn told CBS News' Jonathan Vigliotti in the Netherlands. Hoogendoorn developed the program "Guard from Above," and contracts his eagles out to police.

The second Hunter spots a drone, he's off -- and with flight speeds up to 80 miles per hour, there's no escaping his talons.

Until now, there was no safe, quick way to capture drones, according to police chief Mark Wiebes of the Dutch National Police.

"We expect there to be more drones -- people buy them as toys and some will use them in the wrong place, the wrong way," Wiebes said.

The new recruits have another month of test flights before they'll be ready to take off on real-life missions to take down drones.

Meanwhile, Dutch researchers are looking into the impact that drone propellers may have on the eagle's claws, to make sure the unconventional mission doesn't put the bird in harm's way.