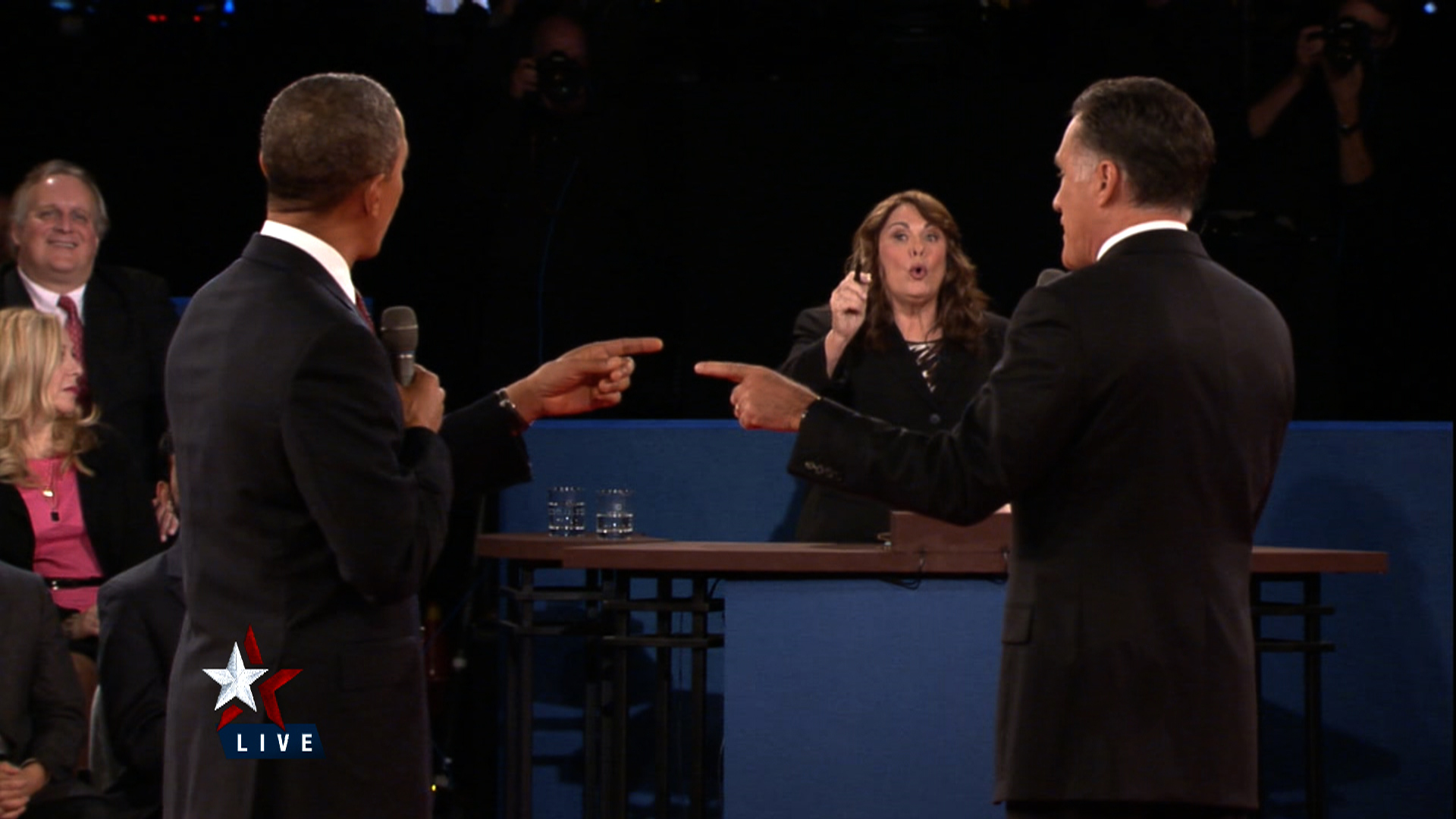 The most striking moment in Tuesday night's presidential debate came when President Obama and Mitt Romney argued over when the president had declared the Libya attacks an "act of terror."

"The day after the [Libya] attack, Governor, I stood in the Rose Garden, and I told the American people and the world that we are going to find out exactly what happened, that this was an act of terror," Mr. Obama said. Romney countered that "it's interesting the president just said something which is that on the day after the attack, he went in the Rose Garden and said that this was an act of terror." Romney went on to say that he wanted to "get that for the record, because it took the president 14 days before he called the attack in Benghazi an act of terror."

"Get the transcript," the president shot back. Moderator Candy Crowley then backed up the president, saying, "he did in fact" deem the attack an act of terror on that day. The president asked Crowley to "say that a little louder," prompting laughter and applause from the town hall audience.

"He did call it an act of terror," she told Romney, before adding that "it did, as well, take two weeks or so for the whole idea of there being a riot out there about this tape to come out. You are correct about that."

The president seemed to get the better of the exchange, with the moderator siding with him over Romney in a factual dispute. But Crowley's comments were not entirely accurate. Let's look at the transcript of those September 12 comments in the Rose Garden, as the president suggested.

It shows that the president did refer to "acts of terror" - but not specifically in reference to the Libya attack. Instead, he made a broader statement about American defiance.

"No acts of terror will ever shake the resolve of this great nation, alter that character, or eclipse the light of the values that we stand for," he said.

You can make the case that the president was referring to the Libya attacks as well as other "acts of terror," since he made the comment in the course of a statement about those attacks. But the stronger case would seem to be that the president did not specifically refer to the attack as an act of terror - as Romney said.