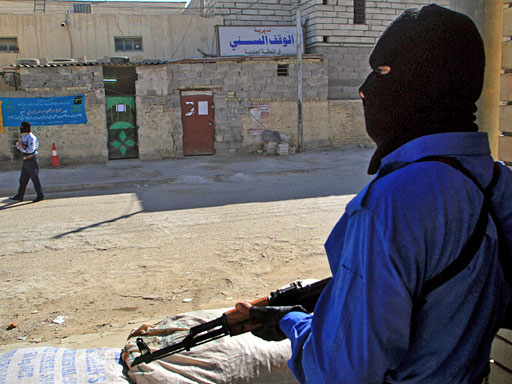 George W. Bush introduced himself to his largest audience ever Thursday night, on primetime network television, with a speech that envisioned an America of close-knit communities, low taxes, efficient government and social justice.

Accepting the nomination of the Republican Party for president on the final evening of the Republican National Convention in Philadelphia, Bush remained true to the themes he's developed since the earliest days of the primaries: individual responsibility; local control; traditional values; racial-ethnic pluralism; volunteerism; and individual choice, whether among Medicare prescription drug plans or children's schools.

George W. Bush and running mate Dick Cheney are trying to build on momentum from the Republican National Convention by campaigning together in a three-day train ride across Ohio, Michigan and Illinois - states carried by Bill Clinton and Al Gore in 1992 and 1996 - but now prime targets for both sides.

Together, the three states offer 61 of the 270 electoral votes needed to win the presidency. A household name but an unknown quantity, Bush needed to show that he is serious, presidential, and smart. He needed to articulate a rationale for his candidacy and put a dent in the perception that he is inexperienced and lacks the appropriate gravitas to be president.

He needed to give people a reason to vote for him, instead of re-upping for four more years of the leadership that managed historic economic expansion.

In short, the former Major League Baseball team owner needed to hit one out of the park.

So, did he come through in the clutch?

Bush's theme was that Bill Clinton and Al Gore have missed the opportunity to do good things in a time of unprecedented prosperity, where he would take the intiative. "Instead of seizing this moment," Bush said. "The Clinton-Gore administration has squandered it."

Four times, Bush said, "They had their chance. They have not led. We will."

"Times of plenty, like times of crisis, are tests of American character," said Bush. "We will confront the hard issues."

Bush invoked the Founding Founders, the World War II generation, his own religious faith, and the civil rights movement to say that courage is needed to change government programs like Social Security and Medicare, and to cut taxes, thereby returning the budget surplus in cash to everyday people.

Many of his themes resonated before the GOP faithful in the convention center, not the least of which was his repeated broadsides against the Clinton-Gore administration. But the biggest applause line of the night was Bush's promise to sign a ban on so-called "partial-birth abortions."

Bush, who's made minority outreach a cornerstone of his campaign, told a story about a teenage boy he met in a juvenile prison in Marlin, Texas, and said he wanted to reach out to single mothers, immigrants and children growing up without fathers. "We are their country, too," he told an arena full of mostly whites delegates. "And each of us must share in its promise, or that promise is diminished for all."

"He sure didn't give this speech at Bob Jones University," said Democratic media consultant Peter Fenn, who thought the Bush speech was "pretty close to a Democratic speech in terms of the rhetoric."

"He was talking about that wonderful boy in Marlin. But he's got his hands in his pockets," said Fenn. "There is nothing about his programs that will help the people he's talking about."

"An era of tarnished ideals is giving way to a responsibility era," said Bush, who swung back 'n' forth between positive forward-looking messages, and criticisms of Bill Clinton and Al Gore.

In striking at Clinton-Gore, Bush got into a subject that has fascinated political reporters and cultural critics for eight years: the notion that Clinton, in Bush's words, "embodied the potential of a generation" but disappointed us. "So much charm. Such great skill. But, in the end, to what end?"

Bush, who misted up when he acknowledged his father President Bush in the audience, said his generation of baby oomers "tested the limits" but now "has a chance to reclaim some essential values - to show we have grown up before we grow old."

"The rising generations of this country," Bush said, "Have our own appointment with greatness."

"When people talk about their generation, they're always talking about themselves," says Wayne Fields, who studies presidential rhetoric at Washington University in St. Louis.

Bush never won a campaign or held a public office until six years ago. Accordingly, the speech was "in fact, about him," says Fields. "It was as though his 'generation' had been born into a kind of prosperity and was just figuring out what the responsibility is."

Bush portrayed himself as a hipper, more contemporary Ronald Reagan, an optimist. Not a movement conservative so much as a conservative pragmatist, with a soft spot for family and flag.

"He didn't say anything, but he said it a lot," said Janet Champ, a Portland, Oregon advertising writer who created the Nike women's ad campaign. "As a marketer, he is brilliant at marketing himself. All the buzz words he used are perfect: decency, responsibility, morality."

Champ, whose current clients include Estee Lauder and Neutrogena, said Bush came across sincere, a "regular guy": "As a brand, he's brilliant. He's dead-on the middle. He's Ford: he's built up. He's Budweiser. He's not too edgy, he's not too dark. He's coming out as a really clean, all-American brand. And those are the brands that sell."