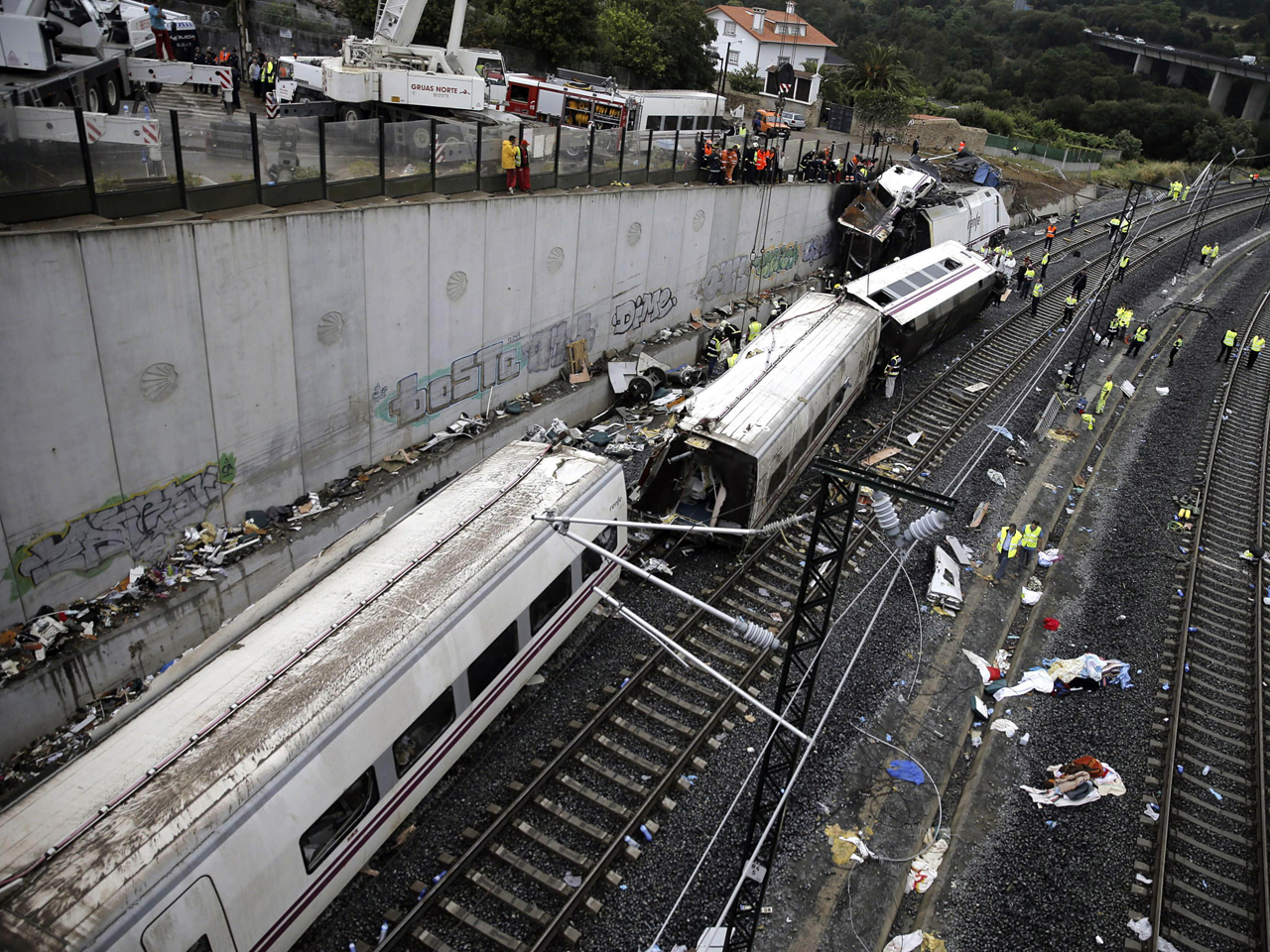 SANTIAGO DE COMPOSTELA, Spain An official says the death toll from Spain's train derailment has risen to 79 after an injured passenger died in a hospital.

CBS Radio reported American Myrta Fariza died Sunday after being in critical condition for several days. She and her husband were both passengers on the train.

"She got hurt very bad her scalp was all like that -- flipped over -- and she was bleeding out of her mouth and out of her ears, and she was conscious though...she knew what happened," Fariza said "CBS Evening News" Thursday.

Evaristo Iglesias said that he and another person accompanied the blood-soaked Francisco Jose Garzon Amo to a stretch of flat ground where other injured people were being laid out, waiting for emergency services to arrive.

The station showed a photograph of Iglesias in a pink shirt and cap helping carry the driver after the Wednesday accident in the northwestern Spanish town of Santiago De Compostela. It also aired television footage of Iglesias working beside the wrecked train to help other survivors.

Garzon has been released from the hospital and is in police custody on suspicion of negligent homicide.

The train carrying 218 passenger in eight cars hurtled far over the 50-mph speed limit into a high-risk curve, tumbling off the tracks and slamming into a concrete wall, with some of the cars catching fire.

The Spanish rail agency has said the brakes should have been applied four 2.5 miles before the train hit the curve.

In the interview, Iglesias recalled Garzon's words, "`I don't want to see this, I want to die,' that's what he said repeatedly," said Iglesias. "'I had to brake down to 80 and couldn't,'" Iglesias said he said.

Spain's state-run train company has described Garzon as an experience driver who knew the route well. He is expected to give testimony to an investigating judge later Sunday, though he exercised his right to remain silent when police tried to interview him.

The judge will also have access to information contained in the train's "black box," which is similar to those found on aircraft.

Iglesias was among survivors and witnesses who began to give evidence to police on Sunday. Investigators must determine if Garzon failed to apply the brakes or whether it was a technical failure.

Meanwhile, authorities said forensic experts have identified the last three bodies among the 79 dead. They did not reveal the names, but said Sunday that all of the families had been notified.

Victims have been reported from France, Algeria, the Dominican Republic, Italy, Mexico and the United States.

Mourning continued throughout Spain, with Sunday church services being held in remembrance of the dead.

A large funeral mass is planned for Monday afternoon in Santiago de Compostela, and the prime minister and royal family are expected to attend.

The crash has cast a pall over the town, a Catholic pilgrimage site. Santiago officials had been preparing for the religious feast of St. James of Compostela, Spain's patron saint, but canceled it after the crash and turned a local sporting arena into a morgue.