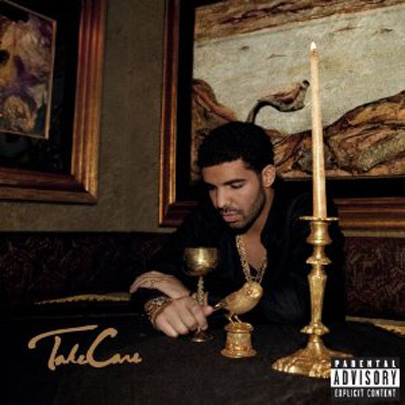 (CBS) While a lot of people have already heard Drake's new album "Take Care" due tolast week's leak, people still came out to buy and download the album today on its official release date, Nov. 15, making it the top-selling album on iTunes.

Drake's second album was "highly anticipated" after a few of the tracks were released online for free leading up to the album's release.

"Take Care" is less of a commercial album than his platinum-selling 2010 debut album "Thank Me Later." Instead of rapping about all the glory that comes with fame, Drake talks about the darker side of celebrity.

On "Marvin's Room," the 25-year-old Toronto native's ode to drunk dials, he talks about being used for his money. "I got some women that's living off me/Paid for their flights and hotels I'm ashamed."

It is this candid nature of the album that has caused many reviewers to praise the album.

Billboard says, "'Take Care' presents Drake at his best: unraveling without the care of being judged when spit-singing emotional verses over intricate, piano-heavy synths."

"For once, he's almost self-deprecating, offering up a realistic portrayal, sans hype, of his growth. Even when he's at his most cocky and self-assured, there's something raw and relateable about him," says Time magazine of his single "Headlines."

But for some, instead of viewing his new album as real and refreshing, they took it as bleak and depressing. Entertainment Weekly says Drake hit the "snooze button" and described the album as being a "total downer."

"'Take Care' presents itself as one overlong woozy monologue, with Drake constantly holding his hungover head and wondering where his life went," according to EW.

Regardless of reviews, all of the buzz around Drake's new album has already driven sales and is expected to finds its way up the Billboard chart.

Drake tweeted earlier in the day, "THE ALBUM IS OUT!!! I'm on a high."