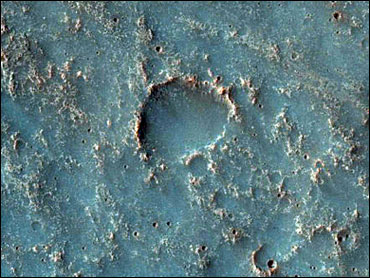 In Texas right now, there are about 225,000 evacuees from areas hard hit by Hurricane Katrina. Sunday night, Dr. Phil McGraw organized a town hall meeting that was held in the Houston Astrodome to address concerns and issues facing evacuees. Dr. Phil spoke to The Early Show co-anchor Harry Smith from Dallas at the Reunion Arena, another Texas evacuation center.

What's the primary thing "America's therapist" is finding, as he meets the evacuees?

"These folks are clearly in tremendous despair," says Dr. Phil. "That doesn't mean their spirit's not holding strong, because it is. But I think the thing that probably has hit me the most as I've been in the trenches with these folks is not the living conditions, not that they've been reduced to a 2-foot-by- 6=foot cot on an arena or convention floor, but the fact that they lack information.

He points out that many evacuees are still in shock, operating on autopilot, adding, "I talked to women who spent seven hours in floodwaters up to their necks, just wondering how much more it was going to go up. To those that have had bodies floating by, it's just been such a trauma for them, and now they're left with hours and hours to think about that and have it going through their minds."

Hurricane Katrina is also an unusual disaster because it is one that carries long-term consequences, Dr. Phil explains. "This is a situation where these people, so many of them, are not going home. They have no home to go to. Probably 80 percent of the people that we talked to in Houston yesterday, for example, say they have no plans to go home, that they're having to start their life all over again."

Many of the evacuees, he adds, will "probably never see family or anything called home again."

Co-anchor Smith wanted to know: What can the American people do to help?

And the answer, according to Dr. Phil, is simple: The American Red Cross needs money. They are not accepting donations of food and money, because there is no way to properly distribute those things.

"The main thing right now, if people can just give, even just a dollar or two or five or ten or as much as they can give, to the American Red Cross, it's getting to the evacuees."