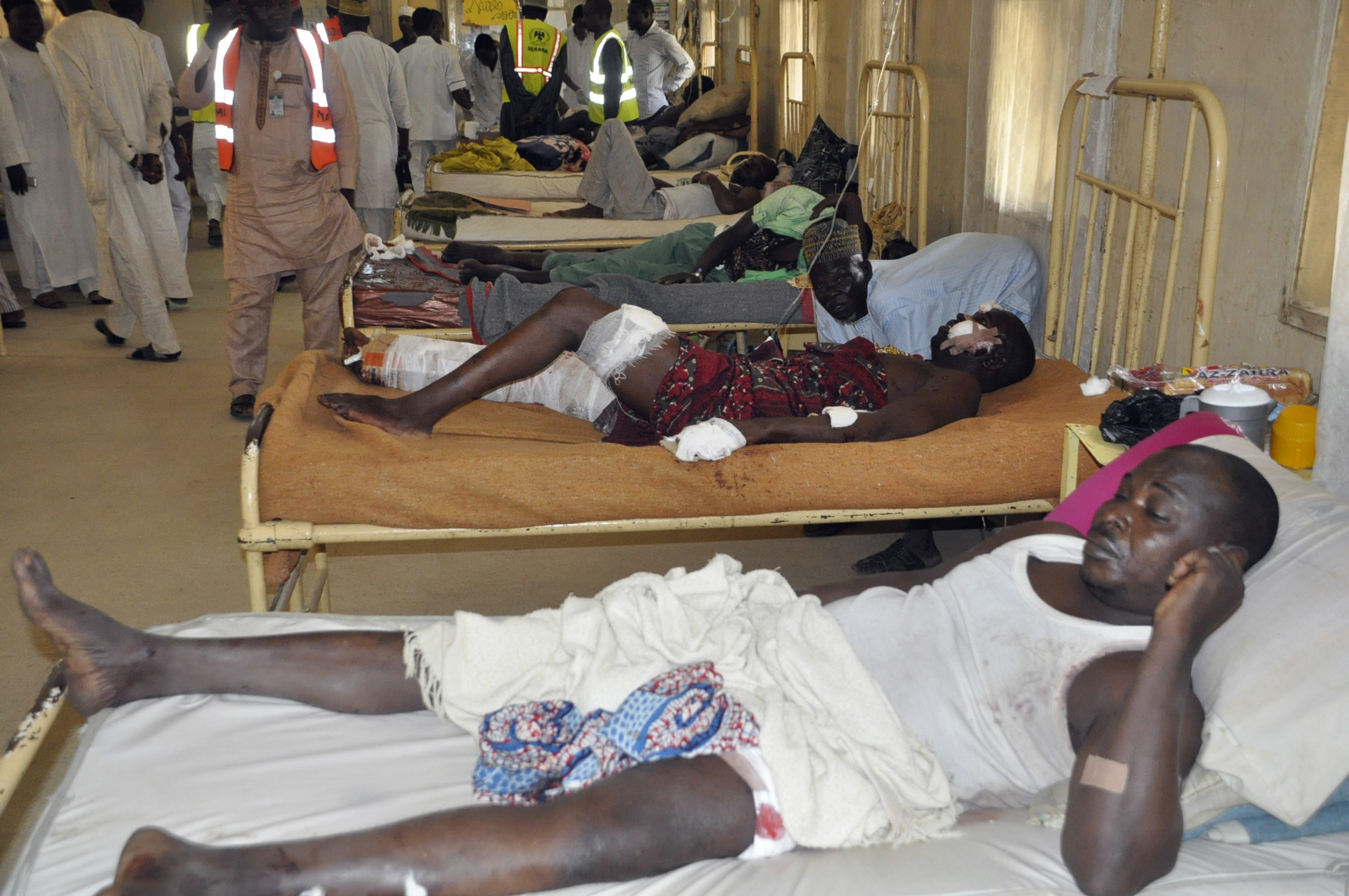 The deaths from Monday's attacks bring the toll to at least 247 people reported killed in a week of increasing violence from an Islamic uprising in the northeast of Africa's biggest oil producer.

Double suicide bombings at a bustling market in Maiduguri, capital of Borno state, killed at least 16 people, according to workers at two hospitals who spoke on condition of anonymity because they are not authorized to speak to reporters. The bodies included those of the two young women who set off the explosions.

Two other young women blew themselves up at the same market last week, killing at least 70 people.

In Damaturu, the Yobe state capital, the corpses of 33 police officers, six soldiers and 20 members of the Boko Haram extremist group were brought to the hospital, according to a morgue worker, who also insisted on anonymity because he was not authorized to speak to the press.

The casualties indicate heavy fighting after scores of insurgents invaded the town before dawn Monday and fought for several hours. The heavy fighting prevented the attackers from taking the governor's office, which includes a military armory, said residents.

Several buildings were bombed and destroyed, including a rapid-response police base and several structures at the university and the hospital residential compound, said police.

Two doctors were killed and three abducted in the attack on their residential compound, reported the Hospital Management Board.

Yobe Gov. Ibrahim Gaidam praised security forces for doing "a great job," in a statement issued Tuesday by his office.

The insurgents were driven off in part by strafing and bombing by an Air Force fighter jet and a helicopter gunship, according to the Defense Ministry headquarters and witnesses.

Gaidam declared a 24-hour curfew in Damaturu as soldiers combed the town for any remaining insurgents. Damaturu is about 85 miles west of Maiduguri.

Thousands of people have been killed and 1.6 million driven from their homes in the 5-year-old insurgency by Boko Haram, the West African's nation's homegrown Islamic extremist group that is holding a couple dozen cities and towns along Nigeria's northeast border where it has declared an Islamic caliphate.