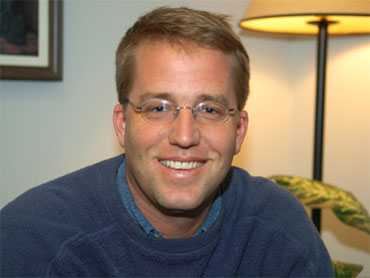 NEW HAVEN, Conn. - A Colorado man was sentenced to nearly 20 years in prison Tuesday for sexually abusing children for more than a decade at a school he founded in Haiti, including some who faced him in the courtroom and testified that he threatened to put them back on the streets if they did not submit to his advances.

Judge Janet Bond Arterton called Douglas Perlitz a serial rapist and molester as she imposed the sentence in New Haven federal court. She said she believed he would commit the same crimes again if he were in a similar position.

Perlitz, 40, apologized to his victims while speaking in Creole before the sentence was handed down. He said he knew his crimes were horrible but pleaded for leniency nevertheless, asking the judge to consider the good work he did in the impoverished Caribbean nation.

"I began losing my head. ... I was using you," Perlitz said while facing the six young men who testified earlier. "I mistreated you because you were afraid. Perhaps you were confused. Perhaps you thought, 'How could this man, Douglas, who's protecting me, be touching me like this?'

"I wasn't thinking about you or your feelings or how my actions would affect you," he added. "I'm asking for forgiveness."

More than 100 people filled the courtroom including the victims, two Haitian police officers and Perlitz's family and supporters.

Perlitz admitted in August that he engaged in illicit sexual conduct with eight children who attended the Project Pierre Toussaint School for homeless children in Cap-Haitien. Prosecutors said Perlitz gave the children money, food, clothing and electronics and threatened to take everything away and expel them from the program if they told anyone.

Arterton said she believed there were at least 16 victims, based on testimony that authorities recorded on video by others who attended the school. Some of the six young Haitian men said in court that dozens of other boys were abused by Perlitz.

Now a resident of Eagle, Colo., Perlitz founded the school in 1997 when he lived in Fairfield County, Conn. Authorities said he began abusing the children, some as young as 11, in 1998 before the school was built. The abuse scandal led to the collapse of the school and its fundraising arm, the Haiti Fund, forcing the children back into homelessness on the streets, prosecutors said.

In court documents, Perlitz said one factor in the crimes was his "dark and abusive relationship" with a priest - whom authorities have not named - he met while attending Fairfield University.

The six young men were flown to Connecticut and detailed the abuse they suffered.

Another victim said Perlitz started abusing him on his 14th birthday in 2004. He said he struggled with feelings of shame and thought about suicide, especially when he read the Bible.

"I am here today to tell the truth. Because of the truth, I can find justice," he said. "He hurt us a lot."

Perlitz was arrested last year and pleaded guilty to travel with intent to engage in illicit sexual conduct, a crime that carries up to 30 years in prison.

Prosecutors had asked the judge for a prison sentence of nearly 20 years, saying Perlitz preyed on some of the world's most vulnerable: Haitian street children with little or no family support or education.

Perlitz's lawyers asked for a sentence of about eight years, saying that Perlitz also helped many children.

William Dow III, one of Perlitz's lawyers, drew jeers from some in the courtroom when he said Perlitz "lifted up" many poor children and treated them well. Dow quickly added that Perlitz "committed crimes. There's no question about it."

Dow urged Arterton to not sentence Perlitz as the "monster" that prosecutors portrayed him as.

"It's a tragedy on a whole bunch of levels," Dow said. "This is a significantly flawed man who has made good."

Perlitz's lawyers also wrote in court documents that he had "confusion and shame about his sexuality, and struggles with his identity; an ongoing, complicated and exploitive relationship with an influential priest; and increasing isolation and pressure while in Haiti."

Arterton also said Perlitz would have to serve 10 years supervised release after prison, register as a sex offender, receive sex offender treatment and not have any unsupervised contact with minors.

Perlitz said he would like to continue helping people.

"They say a convicted sex offender has no future, but I would like to try to prove people wrong," he said.