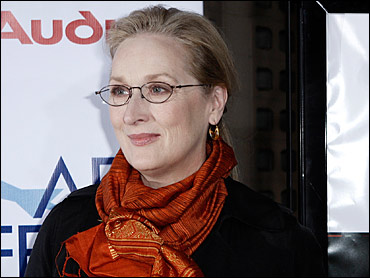 The announcement Thursday also includes a supporting-actor nomination for the late Heath Ledger, whose maniacal turn as the Joker in "The Dark Knight" has made him an Academy Awards front-runner.

Streep has a lead-actress nomination, while Hoffman, Adams and Davis are competing in supporting categories for "Doubt," a war-of-wills tale between an old-school nun and a progressive priest.

"Doubt" also has a nomination for overall cast performance, along with "The Curious Case of Benjamin Button," "Frost/Nixon," "Milk" and "Slumdog Millionaire."

Actor in a movie or miniseries