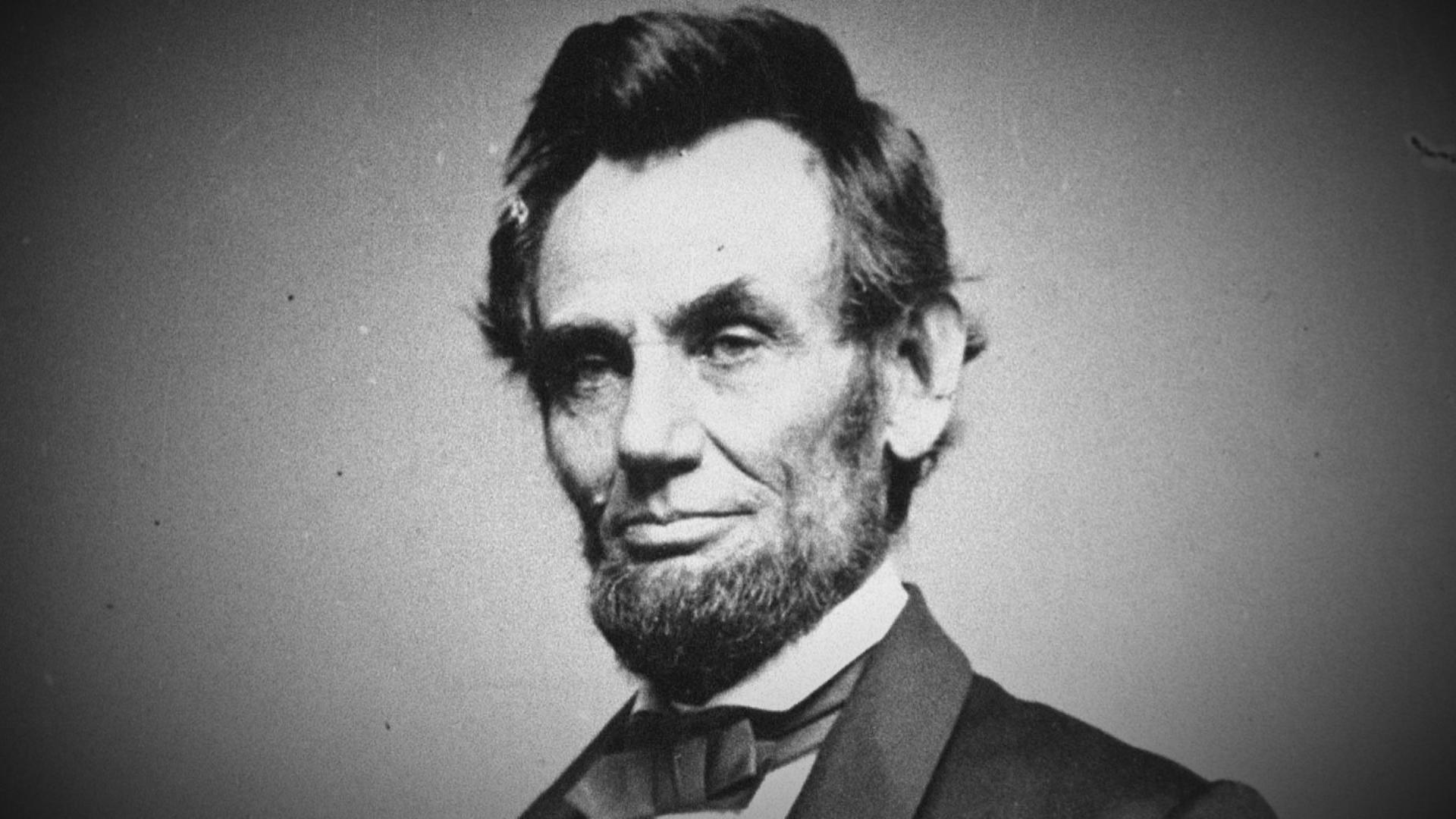 Visit Washington's National Archives with Pulitzer Prize-winning historian Doris Kearns Goodwin and you'll see how just how excited she gets by the past, as when she looked at the Emancipation Proclamation – President Abraham Lincoln's Civil War order freeing slaves held in Confederate states.

"This is the mother of all executive orders," she laughed.

"I love that you just jumped up and down! That's awesome," laughed correspondent Mo Rocca.

"He put down the pen. He said, 'If ever my soul were in an act, it is in this act. But if I sign with a shaking hand, posterity will say he hesitated.' So, he waited and waited. And look at that hand! It is a very bold, clear hand."

His was a steady hand. But these days, steady doesn't exactly describe the nation's mood.

"People will come up to me and say, 'Can you please tell me that these are not the worst of times?'" Goodwin laughed. "People do want to have some history, and I can assure them we've been through far worse times before."

Rocca asked, "What person or period would you recommend that people read about for context?"

"I think the best context to what's happening now and really what produced Trump's election is to look back at the turn of the 20th century," she replied. "What you had there is so much like [what] we have now: You had an Industrial Revolution that shook up the economy, much as globalization and the tech revolution have done today."

There may be no bigger cheerleader for history than David Rubenstein, though he will tell you, "I'm not a historian, I'm not a great scholar. I'm not a scholar at all."

But roam through the National Archives with Rubenstein and he turns into a veritable tour guide. The billionaire financier is right at home here – as is his personal copy of the Magna Carta, the 13th century English charter establishing the principle that everyone is subject to the law, and guaranteeing rights to individuals.

Rubenstein bought it in 2007; it's on permanent loan to the Archives.

"This is the only copy in the United States," he told Rocca. "And I thought it was important because it was the inspiration for the Declaration of Independence and many of the things that we stand for in our country."

Rubenstein, the co-founder and co-chairman of the Carlyle Group, has cut checks for more than $200 million not just for historic documents, but to preserve sites like Thomas Jefferson's Monticello, and to restore the Washington Monument after it was damaged in a 2011 earthquake.

Rubenstein said, "I'm now in a position to give back to my country. And that's what I've tried to do through what I call patriotic philanthropy – try to remind people of the history and the heritage of our country, the good and the bad."

He is now sharing his love of American history with the women and men who have the power to change it: Members of Congress. Over the last six years, he's invited lawmakers to the Library of Congress to hear him interview eminent historians about great leaders.

"We get between 250 and 300 people coming each time we have one of these events," Rubenstein said. "Half of those are Members of Congress."

"That's a lot of members of Congress!" Rocca said.

Some of the talks are featured in Rubenstein's new book, "The American Story," published by Simon & Schuster (a division of CBS).

"What we've learned over thousands of years is that history repeats itself," Rubenstein said. "And if you can find the solutions that people came up with or the mistakes they made in trying to deal with these problems, you're probably going to avoid some of the mistakes that people made in the past."

Historian David McCullough, who has won Pulitzers writing about two presidents he sees as exemplars of honor – Harry S. Truman and John Adams – said, "Honor was very important. It's in our basic documents. And we don't talk much about honor anymore."

"That's a good question. I'd say it's doing what we know is right for the betterment of our country."

Adams wasn't perfect; he signed into law the Alien and Sedition Acts, some of the harshest anti-immigrant and censorship measures in the nation's history.

But our historians say the tendency to fixate on the flaws of past leaders is blinding us to their larger accomplishments.

"We can look at FDR, and it will be forever a stain on his legacy about not letting more Jewish refugees into the country, incarcerating the Japanese-Americans. And yet, he won the Allied victory in World War II. He got us through the Depression.

"We're so anxious to see the imperfections of the past that we're forgetting the good things of the past," she said. "And then they no longer can teach us anything."

"To use modern parlance, you can't cancel the past," Rocca said.

"You can't cancel the past!"

As for the present, McCullough says it's not too soon to evaluate the current commander-in-chief.

Rocca asked, "How do you think history is going to judge President Trump?"

"Very badly," McCullough replied. "It's self-evident in our own time. We don't have to wait for history. It's the most disappointing, grotesque image of the presidency in our whole story, our whole history. Never have we had more right to be very concerned."

However, David Rubinstein isn't ready to render a verdict on President Trump:  "I think it's too early to say how any president will be judged, because you have to wait 'til their term is over."

Looking at the current field of Democratic challengers, Doris Kearns Goodwin is concerned with how we choose the next president. "One of the things that Lincoln said, even though he was good at the debates and he could speak extemporaneously, once he got to be president, he hardly ever wanted to speak spontaneously. He only wanted to wait to be prepared, because he said, 'Words matter. When you're president, your words carry weight.'"

Rocca asked McCullough, "Let me play the cynic for one minute here and say, 'You know what? Anyone who runs for president must have a mighty high opinion of themselves. Gotta be a narcissist by definition.'"

McCullough said, "No. They can feel responsibility: 'If no one else is stepping up and saying what needs to be said or doing what needs to be done, I'll do it.'  That's the person I want. Male, female, black, white, Asian, you name it. That doesn't matter."

And for all of his concerns, McCullough remains an optimist. "We're just getting started," he said of our country. "That's the way I feel. Two hundred years is nothing!"