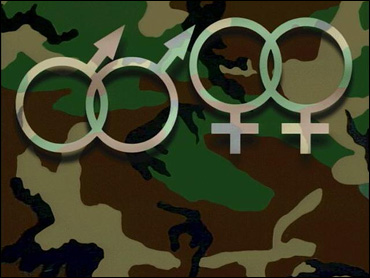 The U.S. Supreme Court has turned down a challenge to the Defense Department policy forbidding gays and lesbians from serving openly in the military, granting a request by the Obama administration.

The court said Monday that it will not hear an appeal from former Army Capt. James Pietrangelo II, who was dismissed under the military's "don't ask, don't tell" policy.

The federal appeals court in Boston earlier threw out a lawsuit filed by Pietrangelo and 11 other veterans. He was the only member of that group who asked the high court to rule that the Clinton-era policy is unconstitutional.

In court papers, the administration said the appeals court ruled correctly in this case when it found that "don't ask, don't tell" is "rationally related to the government's legitimate interest in military discipline and cohesion."

During last year's campaign, President Barack Obama pledged to overturn the policy, but he has made no specific move to do so since taking office in January. Meanwhile, the White House has said it will not stop gays and lesbians from being dismissed from the military.

"The Court is signaling the other two branches of government that any change to this policy is going to have to come from them, the executive and legislative branches," CBS News chief legal analyst Andrew Cohen, who adds that the decision is not an endorsement of the policy.

"The Court isn't endorsing the policy - it's simply choosing as it usually does to stay out of military policies. Historically the Justices have been willing to give great deference to the White House in military affairs," Cohen writes.

Last year, the federal appeals court in San Francisco allowed a decorated flight nurse to continue her lawsuit over her dismissal. The court stopped short of declaring the policy unconstitutional, but said that the Air Force must prove that ousting former Maj. Margaret Witt furthered the military's goals of troop readiness and unit cohesion.

The decision by the 9th U.S. Circuit Court of Appeals was the first that evaluated "don't ask, don't tell" through the lens of a 2003 Supreme Court decision that struck down a Texas ban on sodomy as an unconstitutional intrusion on privacy.

The administration did not appeal that ruling to the Supreme Court and Witt's lawsuit is ongoing.

The appeals court in Pietrangelo's case also took the high court decision into account, but concluded that it should defer to Congress' determination that the policy fosters cohesion in military units.

Other decisions made by the Supreme Court Monday include: