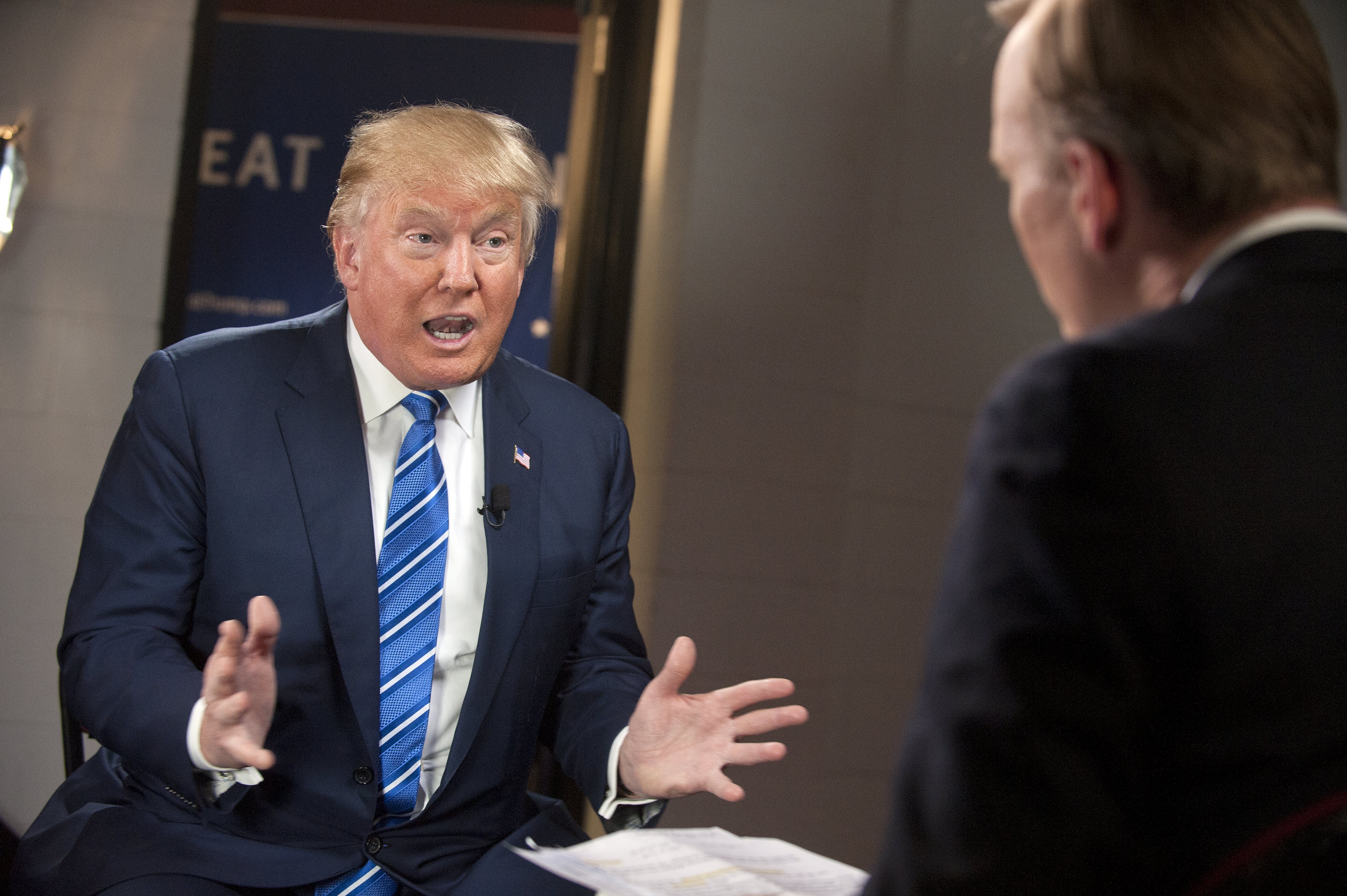 In an interview with CBS' "Face the Nation" that aired just days after the fatal San Bernardino shooting, Donald Trump claimed that he would "go after the wives" and families of terrorists because they "absolutely knew it was happening" -- just like, he said, terrorists' wives and families knew during the September 11, 2001 attacks.

"I will tell you, I would be very tough on families," Trump promised. "Because the families know what's happening."

Trump has pushed differing variations of this solution before: On Fox News last week, he said that "when you get these terrorists, you have to take out their families."

Speaking with "Face the Nation" moderator John Dickerson, Trump said "common sense" was his motivation to go after terrorists' families.

"We have a problem. The World Trade Center came down. And, by the way, speaking of coming down, they put their families on airplanes a couple of days before, sent them back to Saudi Arabia for the most part," Trump said. "Those wives knew exactly what was going to happen. And those wives went home to watch their husbands knock down the World Trade Center, the Pentagon, and wherever the third plane was going, except we had some very, very brave passengers, wherever that third plane was going. Those wives knew exactly what was happening."

In fact, according to the 9/11 Commission report, authored by an independent bipartisan group created under the direction of Congress and President George W. Bush, nearly all of the 19 terrorists to crash the planes were unmarried.

"The muscle hijackers came from a variety of educational and societal backgrounds," page 231 of the report reads. "All were between 20 and 28 years old; most were unemployed with no more than a high school education and were unmarried."

The report, the most comprehensive account of the 9/11 attacks, categorized the terrorists into two groups: the 15 "muscle hijackers" were those meant to overpower crew members and other flight passengers, while the other four took over the cockpit and piloted the planes.

Of the muscle hijackers, the report listed only one, Abdul Aziz al-Omari, as married. However, the report does not mention al Omari's wife ever traveling to the U.S. -- though according to a 2001 New York Times report, federal law enforcement had, in the early days of the September 11 investigation, mistakenly identified as a suspected hijacker another Saudi Arabian al Omari living in Florida with a wife and three children.

One of the pilot hijackers -- Marwan al Shehhi -- was also married, though the 9/11 Commission report again did not mention the wife ever traveled to the United States.

Further, Mohammed Atta, the leader of the 2001 terror plot, had demanded the other hijackers cut off any communications with their family: "Atta complained that some of the hijackers wanted to contact their families to say goodbye, something he had forbidden."

The report added that "the majority of these Saudi recruits began to break with their families in late 1999 and early 2000."

Trump has made exaggerated claims about the September 11th tragedy in the past. Last month, the billionaire claimed he had seen "thousands" of Muslims cheering the World Trade Center attack in New Jersey in 2001.

According to some reports, federal authorities in New Jersey did investigate a single claim of some residents celebrating on September 11 -- though they numbered a total of eight men on one apartment rooftop in Jersey City.