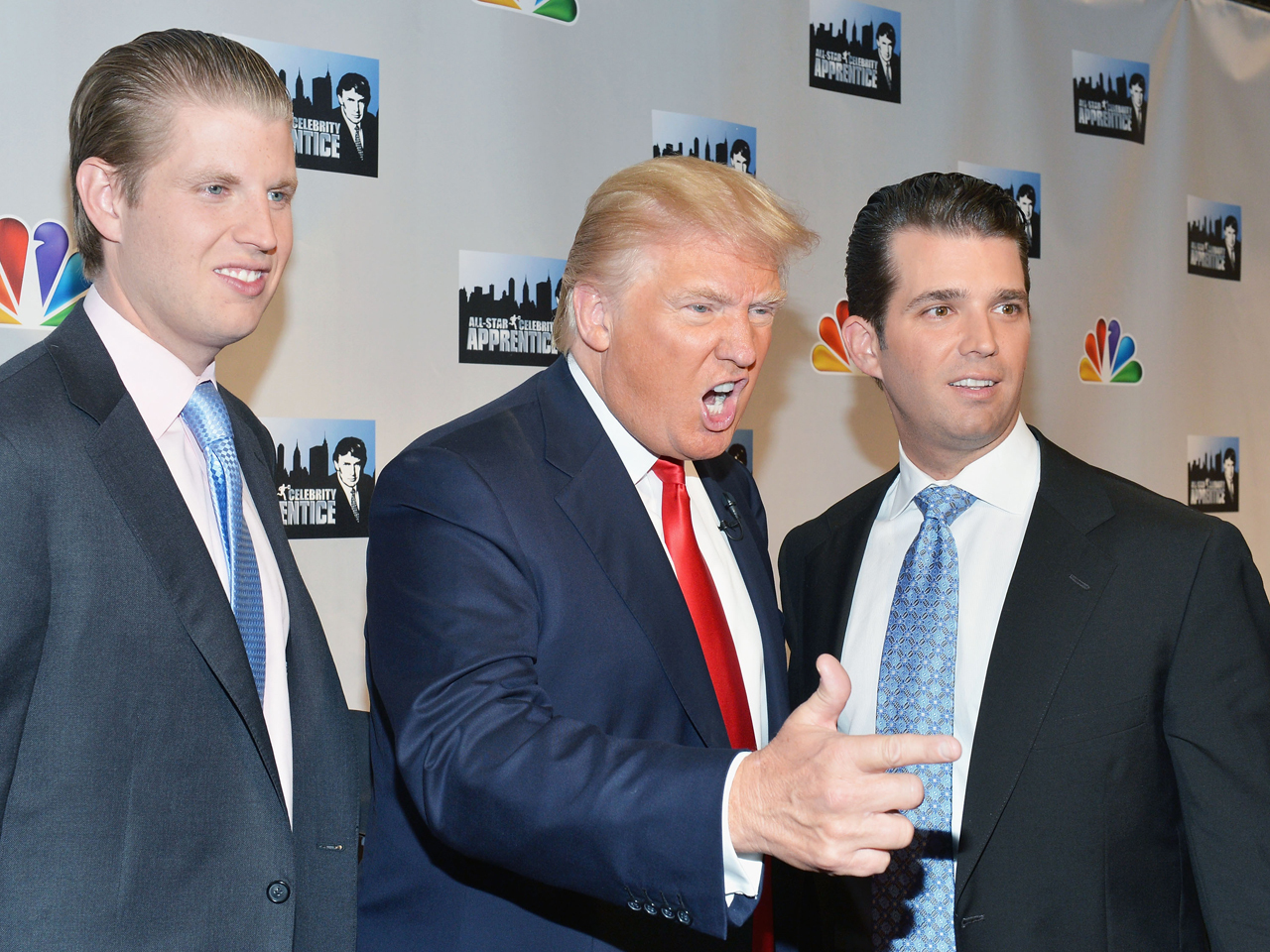 Donald Trump took to Twitter early Friday morning to weigh in on the backlash against his son and his philanthropic organization, less than a day after Eric Trump said he would stop soliciting donations for his foundation to cease concerns that the money could be perceived as buying access to the president-elect.

Mr. Trump called it a “ridiculous shame” that his son had to stop raising money for his namesake foundation, which helps children terminally ill with cancer, “because of a possible conflict of interest” with the presidency.

The younger of the president-elect’s two adult sons, Eric Trump is contemplating completely shutting down his foundation, which had just one employee. He reportedly raised more than $15 million in the time the Eric Trump Foundation has been active. The gross amount of money the organization has raised has declined in recent years, however -- from $2.2 million in 2012 to $1.5 million in 2014, according to tax filings reviewed by CBS News.

The foundation came under fire recently after it posted an online auction for coffee with Trump’s sister, Ivanka, a close adviser to the president-elect who has been involved with the incoming administration’s diplomatic efforts. Trump and his brother Donald Jr. also drew criticism after a newly-formed Texas nonprofit hawked donation packages of $500,000 or $1 million that included a prize of a hunting or fishing trip with the two Trump siblings. The Trumps pulled out of both charity efforts.

The increased scrutiny on the Trump family’s philanthropic interests come after the president-elect spent an entire campaign cycle criticizing his Democratic opponent Hillary Clinton for her own charitable organization.

On the trail, Mr. Trump launched repeated attacks against the Clinton Foundation, which he charged with using “pay-to-play” tactics where the then-secretary of state would dole out favors to its donors. Clinton, at the time, denied those charges.