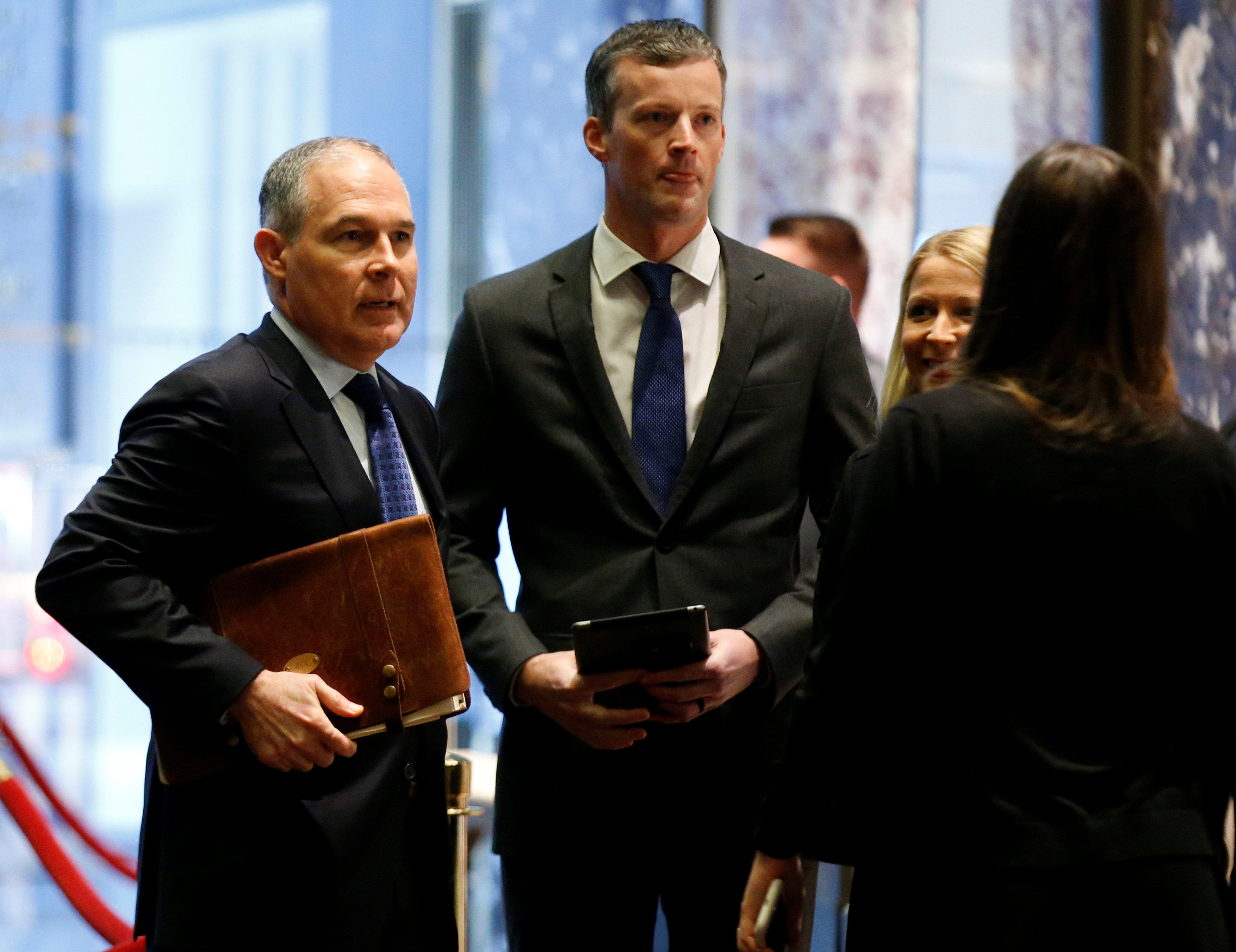 The Trump transition team made the formal announcement of the decision Thursday morning.

“For too long, the Environmental Protection Agency has spent taxpayer dollars on an out-of-control anti-energy agenda that has destroyed millions of jobs, while also undermining our incredible farmers and many other businesses and industries at every turn,” Mr. Trump said in a statement. Calling Pruitt a “highly respected” attorney general, Mr. Trump promised that Pruitt would “reverse this trend and restore the EPA’s essential mission of keeping our air and our water clean and safe.”

Pruitt, for his part, said in a statement that he intends to run the agency “in a way that fosters both responsible protection of the environment and freedom for American businesses.”

Mr. Trump offered the job to Pruitt Wednesday morning during their face-to-face meeting and the Oklahoma Republican accepted. Pruitt has been on the transition radar for some time and swiftly emerged as the favorite for EPA.

If confirmed by the Senate, Pruitt, known for his strong opposition to President Obama’s environmental regulations, could oversee the rollback of the administration’s climate protection measures.

As Oklahoma’s attorney general, Pruitt has sued the Obama administration over the climate rules for power plants.

Pruitt has also questioned the idea that humans bear any responsibility for global warming -- a position that goes against widespread scientific consensus.

In one National Review op-ed he co-wrote with Alabama’s attorney general, Pruitt said this of climate change: “Healthy debate is the lifeblood of American democracy, and global warming has inspired one of the major policy debates of our time. That debate is far from settled. Scientists continue to disagree about the degree and extent of global warming and its connection to the actions of mankind.”

During his presidential campaign, Mr. Trump pledged to “cancel” U.S. involvement in the Paris climate agreement, a landmark global accord that attempts to halt the effects of climate change.

“This agreement gives foreign bureaucrats control over how much energy we use on our land, in our country,” Mr. Trump said at a North Dakota rally. “No way.”

The president-elect has previously said on Twitter that he believed climate change was a “hoax created by and for the Chinese,” though he recently indicated that he was open to rethinking his position. In a November interview with the New York Times, he said: “I have an open mind to it.”

“I had a lengthy and very productive session with the president-elect,” he said. “It was a sincere search for areas of common ground.”

At least one Democratic senator has already weighed in on Pruitt’s potential leadership of the EPA.

Sen. Brian Schatz of Hawaii said Wednesday he could not support Pruitt because he is a “denier of climate science.”

“The EPA has the enormous responsibility of protecting our environment and keeping Americans safe and healthy. Its administrator should share those goals, but Scott Pruitt’s record has shown us that he does not,” Schatz said in a statement. “The health of our planet and our people is too important to leave in the hands of someone who does not believe in scientific facts or the basic mission of the EPA.”

Pruitt met with Mr. Trump for the second time Wednesday at Trump Tower in New York.